The Central Trend • May 4, 2019 • https://thecentraltrend.com/64905/fx-student-news-show/sports/varsity-baseball-struggles-against-rivals-at-fifth-third-ballpark/ 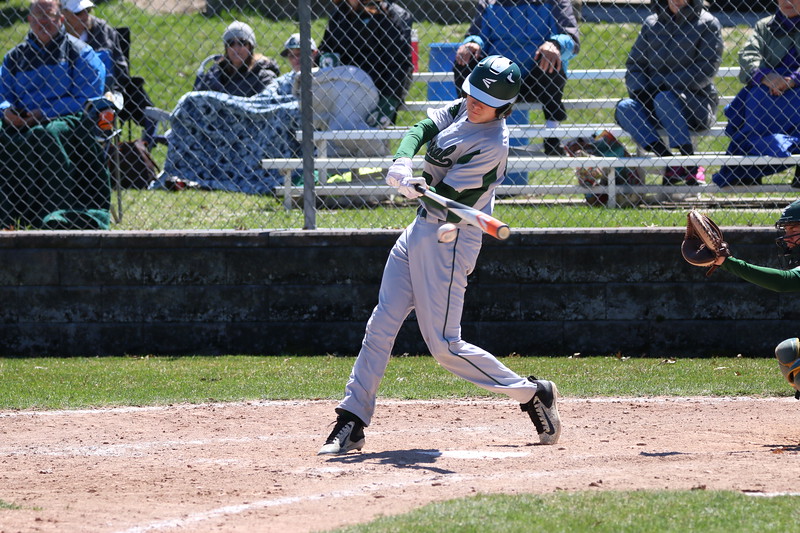 In an inaugural Battle of the Hills at Fifth Third Ballpark, the Rangers struggled to get any offensive production going and dropped both games to rivals Forest Hills Northern and Forest Hills Eastern.

Senior Ethan Vredenberg led the team at the plate against the Huskies, earning a double, a walk, and FHC’s only run of the game.  Seniors Joe Szczepanek and Adam Tellier each earned a hit in this game as well.

The Huskies went up early, as they led 4-0 after the third inning. Ethan would put the Rangers on the board in the bottom of the fifth, but Northern sealed the game and the conference series with another run in sixth to win it 5-1.

Sophomore Joey Wise took the mound and allowed 5 hits and 4 runs with 3 strikeouts and 0 walks. Adam came in for relief in the fifth inning, while allowing 1 run on 3 hits with 2 strikeouts and 3 walks. Northern outhit the Rangers 8-3, and FHC committed 6 costly errors in the field to drop the third game of the conference series.

Adam started hot to make the second game of the day against Eastern more interesting, as he went 2-3 with 2 RBIs to put the Rangers and the Hawks knotted up at 2 after three innings.

Eastern had a big rally in both the fifth and sixth innings, as a triple in the fifth sparked the Hawks’ offense and broke the tie. FHE would put up 6 runs across the two innings, and the Rangers couldn’t catch up to drop this game 8-2.

The Rangers were outhit just 6-4, with Adam and senior Jacob Hornbeck each having 2 hits apiece to lead FHC; the Rangers just couldn’t respond after the Hawks got hot at the plate.

Sophomore Brady Price got the start for FHC; he gave up 2 runs on 1 hit while striking out 2 and walking 2. Senior Connor Palmitier threw four innings out of the bullpen, giving up 6 runs on 5 hits with 2 strikeouts and 3 walks.

With a quiet day on offense, the Rangers move to 6-8 (6-3) but will be back in action this morning against conference opponent Ottawa Hills. These games against the Bengals should get the Rangers’ bats hot again and give them momentum headed into a tough conference series against Lowell this week.