The Central Trend • May 5, 2019 • https://thecentraltrend.com/64908/fx-student-news-show/sports/girls-varsity-soccer-picks-up-a-massive-2-1-victory-over-rival-forest-hills-northern/ 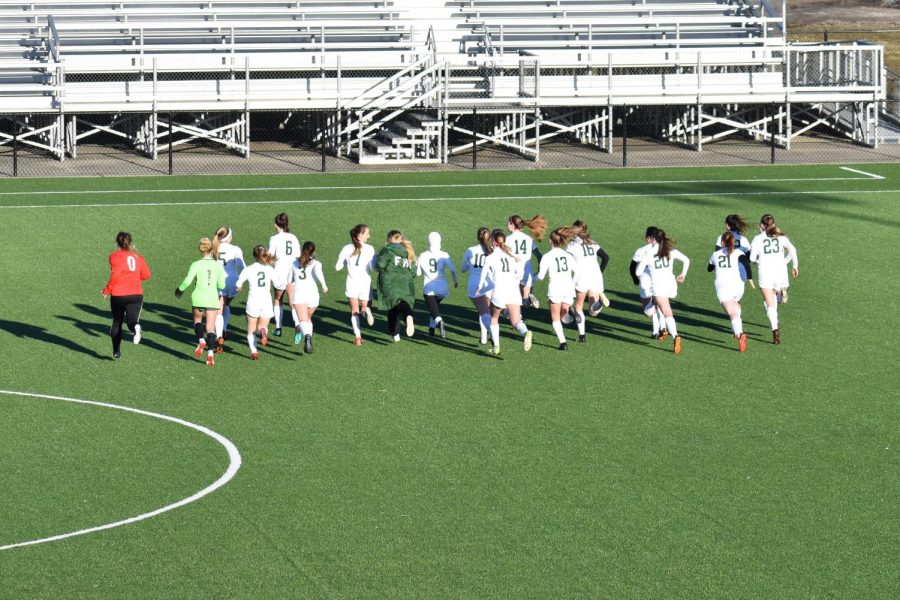 After a dominant offensive performance on Wednesday against Greenville, the girls varsity soccer team shifted its attention to an enormous rivalry game against Forest Hills Northern with the conference championship chances on the line. FHC would go on to pull out the win and avenge its loss to the Huskies earlier in the season with a 2-1 win last night. Senior Ashley Ward scored the two goals for the Lady Rangers and got some help with some great passing from fellow forwards in freshman Lauren Kocznesaz and junior Kelsey Toole.

The two teams went back and forth at the beginning of the game with both teams getting plenty of opportunities early. Senior goalie Alexa Lauer did a great job not just in the first moments of the game, but also throughout the entirety of the game as she made some incredible saves to eliminate any Husky opportunities at the net. Both goalies were magnificent in the first twenty minutes of play, making this game nothing other than a defensive slugfest.

Ashley would end up putting FHC on the board first with a breakaway goal with sixteen minutes left in the first half via a remarkable pass from junior captain Ally Francisco to go up 1-0. This goal would open many more opportunities at the net for FHC, but the Lady Rangers failed to capitalize. FHC went into the locker room with a 1-0 over the Huskies.

The second half was very similar to the first as there were a lot of offensive opportunities for both teams, but both of the defenses showed up. The midfield of senior Grace Kline and sophomore duo Gwen Henderson and Megan Clayton did a great job of holding FHN to one side of the field at one point in the game, which proved to be critical seeing the end result of the game.

With just six minutes left in the game, Lauren put a perfect ball to Ashley, who found the back of the net to give FHC a 2-0 lead. As the Ranger crowd was celebrating the goal, the Huskies responded with a goal of their own just seconds later and it was back to a one-goal game with a little over four minutes left in the game. The Lady Ranger defense shut the door on FHN and FHC would take the win 2-1 against the rival to the north.

The win on Friday puts FHC’s record at 10-2 on the season and 6-1 in OK White Conference play. The Lady Rangers now control their own destiny to reach their goal of a conference championship. If FHC wins its six remaining games, then they are the outright OK White champions. FHC will hit the road Monday to square off in a rematch with Northview.