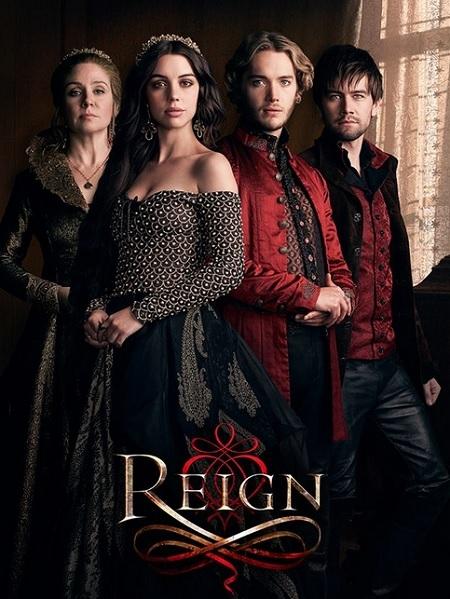 No one is going to accuse Reign of being historically or culturally accurate. But while that might put off some History Channel scholars, I love the CW’s Reign. Adelaide Kane stars as sixteen year old Mary, Queen of Scots as she tries to cement her alliance with France by marrying Prince Francis (Toby Regbo). But the task is nowhere near simple. Reign mixes magic, devious plots, and attempted murder to make for a amazing and dramatic show.

However, the fashion of Reign’s Mary is more like a modern girl dressing up as the famous monarch for Halloween. If you Google search Mary Queen of Scots, you will find more high collared, full body, balloon body like structures than the deep neck, body fitting dresses Mary wears. But, in all honesty, I would totally love to dress up as this new version of Mary for Halloween.

The music, as well, does not resemble anything from the 16th century. It is created with instruments, but that’s about as far as the similarities go. The show takes many modern day songs as well and turns them into lyric-less, medieval style songs.

Then there’s the most irritatingly inaccuracy of Reign is the accents. The French have American accents while the Scottish and English have British accents (which is confusing since they are at odds in the series.)

Despite all these historical inaccuracies, Reign has managed to pull it all together and make it work. Maybe it’s not as gritty as Game of Thrones, or as truthful as a History Channel documentary, but Reign is entertaining and I would take that over accurate any day.