The Central Trend • May 7, 2019 • https://thecentraltrend.com/65007/fx-student-news-show/sports/varsity-baseball-splits-with-lowell/ 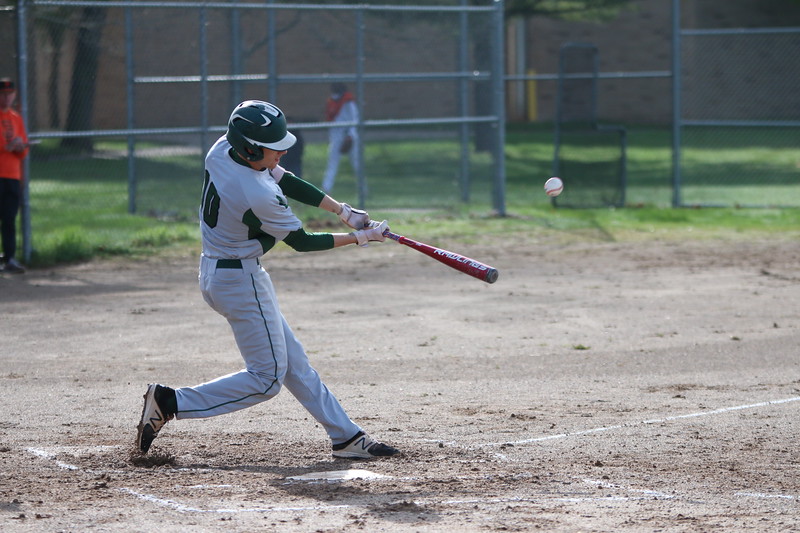 Senior Luke Herzog went 1-1 with a double, a walk, 2 RBIs, and 1 run scored to lead the varsity baseball team to a 5-3 win over Lowell in the first game of the doubleheader last night. The Rangers were able to break a tie late in the game, but the boys couldn’t hold on in game two and lost the second game of the night 8-2.

Senior Cole Coughlin got the start on the mound and lasted into the fifth inning. He allowed 3 runs on 3 hits while striking out 2 and walking 0. Senior Adam Tellier came in for relief and allowed 0 runs on 2 hits with 3 strikeouts.

In game two, Lowell came out hot and the Rangers weren’t able to catch up. The Red Arrows put up 3 runs in the first inning and 1 in the second to jump out to a big 4-0 lead early. FHC scored 2 in the top of the third thanks to RBIs from Adam and senior Dylan Tucker, but Lowell responded with 4 runs in the bottom of the fourth to convincingly take the win.

The Red Arrow pitcher earned a 1-hitter, as Kyle was the sole Ranger to earn a hit. FHC was outhit 6-1 and had 3 errors on defense, which greatly contributed to Lowell’s lead. Sophomore Brady Price started on the mound and lasted into the fourth inning; he allowed 8 runs on 6 hits with 1 strikeout. Junior Johnny Mielock came in for relief and earned two quick outs.

FHC moves to 10-9 (10-4) on the season and will host Lowell on Wednesday for the series-deciding game. A win against the Red Arrows will be key to keep the Rangers above .500 on the season and keep them at the top of the OK White conference.