The Central Trend • May 7, 2019 • https://thecentraltrend.com/65091/fx-student-news-show/sports/varsity-softball-goes-1-1-against-the-lowell-red-arrows/ 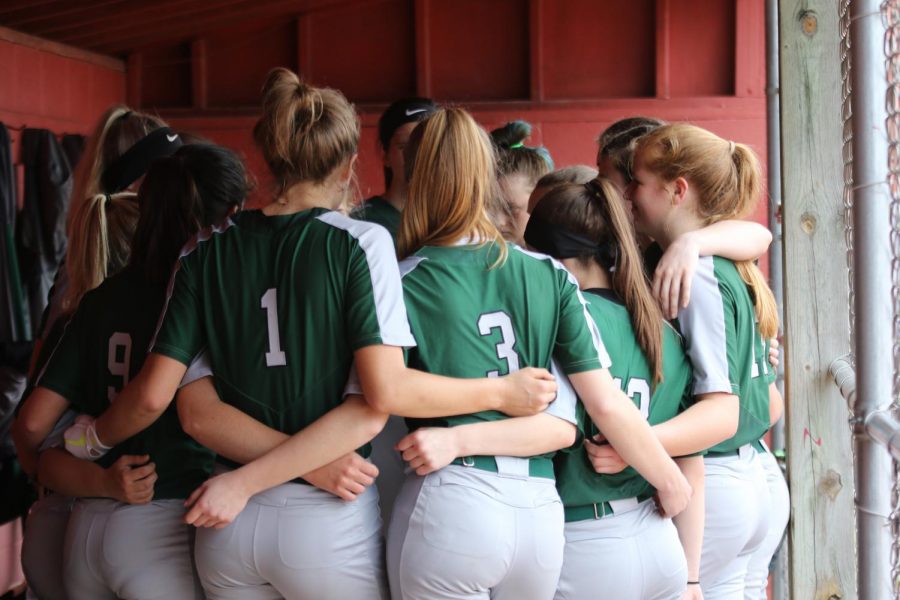 Last night, the Lady Rangers faced off against their most difficult opponent of the year: the Red Arrows of Lowell. The Rangers came out with high energy and started the doubleheader off on a high note. They won the first game 1-0 but unfortunately lost the second game 8-4.

Senior Tori Macleod led the Rangers to their win in the first game; she threw a complete game shutout against the Red Arrows. She allowed only 1 hit for the entire night, struck out 3 people, and walked 1. Tori and senior Zoey Guikema led the Rangers in hitting; Tori hit a double and Zoey had a single. Later in the inning, Tori sent senior Hailey Enbody home when she hit her double.

The Rangers lost the second game due to an early lead from the Red Arrows. Senior Molly Donovan had 3 hits in her three at-bats. She led the team in hitting, while senior Val Nuffer and sophomore Kylie Halverson assisted her, with each having 1 RBI. Junior Caitlin Snyder pitched for the Rangers in the second game, allowing 13 hits and 8 runs. She also struck out 3 batters and walked 0.

These games put the Rangers’ overall record at 10-7 and their conference record at 9-2. FHC will be facing off against the Red Arrows tonight at home to determine who will take the lead in the conference.