The Central Trend • May 10, 2019 • https://thecentraltrend.com/65143/fx-student-news-show/sports/freshman-baseball-cant-put-a-run-on-the-board-against-mona-shores-after-offensive-surge-earlier-in-the-week/ 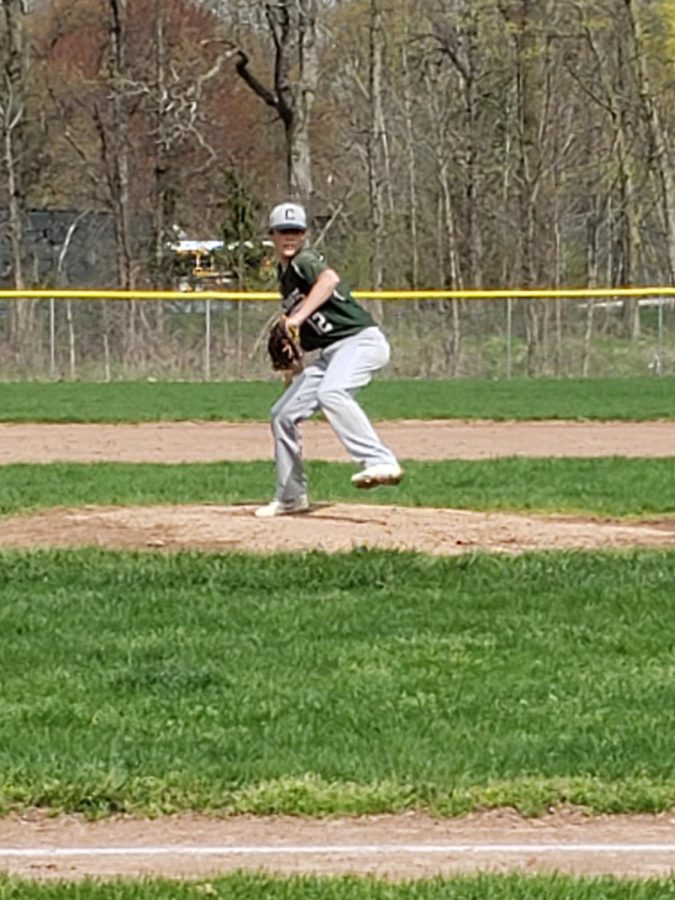 The freshman baseball team lost the first game against Mona Shores 3-0; after the two double-digit scores against Northview earlier, this was unprecedented. Following the sluggish offensive game, the second game was more of the same on the offensive side; however, there were eight errors committed leading to the 6-0 defeat.

The pitching by freshman Josh Smith in the first game was the reason for the close game. He pitched a complete game, throwing 94 pitches and striking out ten; his success had to do with his 10 first-strike pitches and the tough defense by the Rangers. Besides that and the lone hit by Josh, the Rangers couldn’t put together anything and had no momentum the whole game.

However, the second game got worse for the Rangers. They couldn’t put a single run on the board once again, and the errors led to more runs for Mona Shores then there should have been.

A bright spot for the Rangers came from freshmen Cole Hysong, Parker Vredenburg, and Josh all getting a hit. Pitching for the Rangers was Kaeden Palmitier, who pitched all five innings and gave up 6 runs; however, not all of them were earned. Kaeden also threw an incredible 25 first-pitch strikes. The next closest for Mona had 7.

Mona Shores scored twice in the first and second inning and already that would have been enough. However, the Sailors went on to score another 2 runs in the fourth.

These two games didn’t count for the conference, but the Rangers’ overall record now sits at 7-6 with a home game against Jenison coming up.