The Central Trend • May 9, 2019 • https://thecentraltrend.com/65205/opinion/reviews/music/new-vampire-weekend-album-father-of-the-bride-is-long-awaited-and-refuses-to-disappoint/ 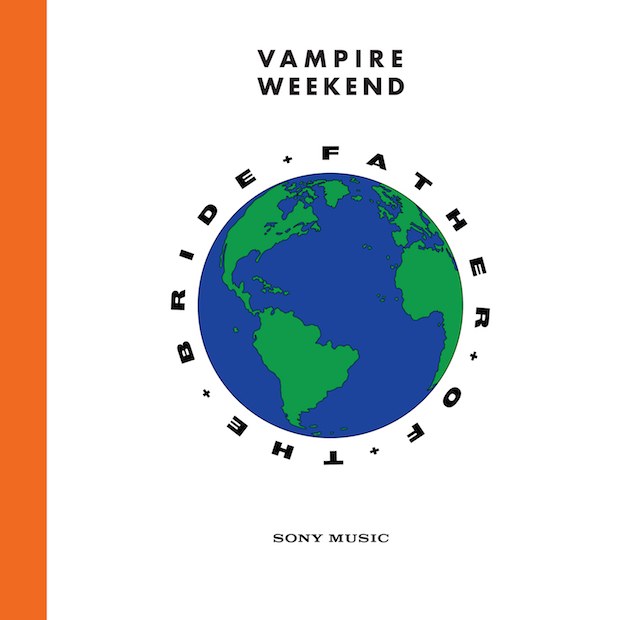 After a six year hiatus, indie pop band Vampire Weekend has released their long-awaited album Father of the Bride. The band’s members, consisting of Ezra Koenig, Chris Baio, Chris Tomson, and Rostam Batmanglij, have always been heartthrobs. Their unique sound and personalities coupled with their boyish, alternative look have worked to turn the heads of teenagers since 2006.

Preceded by two singles, “Harmony Hall” and “2021” as teaser tracks released on January 24th, their fourth album Father of the Bride has been building anticipation since the beginning of the year. In addition to this, on April 4th, the band released an EP titled This Life/Unbearably White with songs “This Life,” “Unbearably White,” “Sunflower,” and “Big Blue,” as well as the two previous singles.

In contrast to their former albums, their latest is a combination of a multitude of different sounds as well as featured artists. Songs like “Sunflower” and “Flower Moon” feature Steve Lacy while “Married in a Gold Rush” and “We Belong Together” were created in tandem with Danielle Haim. For me, “Flower Moon” has a beat that is overly technical, and it doesn’t seem to sound like them. “Sunflower,” a song that tugsat the heartstrings, does have a long introductory beat preceding it, but the build up is made worth it by the rest of the song.

Both songs featuring Danielle Haim, though, are not as pleasing to the ears. The tunes are boring, and the sound of her voice is too similar to the lead singer’s, Ezra, making for confusing transitions and creating an unneeded addition to an already amazing album.

The best songs on the album, by far, were consistently the songs with sounds most in line with their previous albums. “This Life” is a classic, easy sing-along track that is characteristic of a “windows down” type of song. “Unbearably White” is another tune for summer nights; with its interesting story and rhythm scheme, it is even easier to love because of its “sing-along” nature. Lastly, “Rich Man” is the song that seems to be most consistent with the sounds of their prior albums, giving a good look into the particular sound of Ezra’s voice.

As a whole, Father of the Bride is a beautiful composition of a little bit of everything, making it almost impossible to dislike. Whether this is a smart branding scheme or simply the complexity of the band’s sound remains unknown; however, after the album’s six-year build up, Vampire Weekend has made sure to create an album that refuses to disappoint.