The Central Trend • May 9, 2019 • https://thecentraltrend.com/65253/showcase/mina-siebert-uses-her-setbacks-to-find-success-in-volunteering/

Mina Siebert uses her setbacks to find success in volunteering 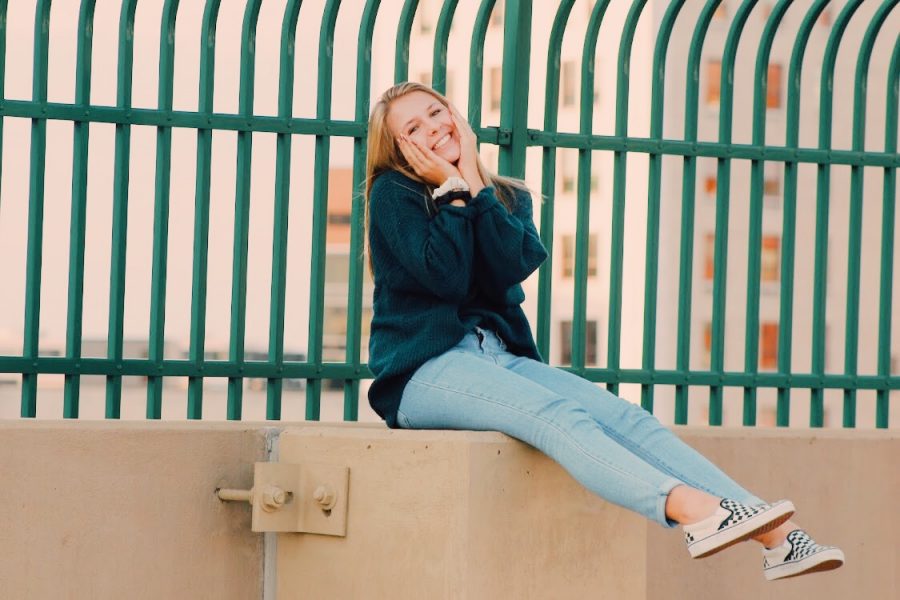 Processed with VSCO with e4 preset

For sophomore Mina Siebert, meeting a four-year-old was one of the most beautiful moments of her life. All it took was a smiling face and young eagerness for Mina to be completely smitten with the little boy and the Refugee Education Center that took him in.

“One of the most beautiful and eye-opening things I’ve seen [while volunteering] is when I’m talking to [this four-year-old named Dewash] and when I first started volunteering and being his helper,” Mina said. “He didn’t know much English at all— he didn’t know the alphabet or what the letter ‘A’ looked like. And now, a few months later, he speaks a little bit of English and knows the alphabet.”

For Mina, having the opportunity to be involved in something greater than herself was something she simply could not pass up. Although Mina was enduring the seemingly impossible weight of high school, the volunteering with children continued to become a top priority, especially if it meant seeing more of her pupils like Dewaash. Since getting started nearly a year ago, Mina has gone once every week for a few hours at a time to assist refugee children as they work to integrate into American culture and the English language into their lives.

Even more so than just getting schooling, the center, according to Mina, also has vast emotional effect on those who attend the center, as the center itself serves as a newfound source of inspiration and joy for the struggling refugee kids.

“This kid named Joshua would always come in, and he’d always be super grumpy and upset,” Mina said. “And recently, he’s been coming in [to the center] smiling and laughing. It makes me so happy to see how much of an impact that the center has on these kids and how much it really helps.”

However, it’s not just the children who’ve walked away with mended hearts. Just like the kids she mentors, the center has also reached Mina, putting her life in FH into perspective as she compared and contrasted the lives of refugee families with her own.

“It’s definitely taught me compassion because it helped me realize that some of what I’m going through and my life is not [nearly as hard as it is] in other places of the world,” Mina said. “There are so many more important things going on around the world than what I usually worry about. If I have a chem test, it’s obviously so important in my eyes, but when I go to Refugee Education Center, half of the kids’ families are still in a war or a different country. They had to come here not knowing any English or any of the culture and have to go to school.”

While culture and understanding history may not be in her typical range of interests, by being embedded into an entangled web of immigrant cultures at the center, Mina learned more about the world around her. She gained a vital understanding of the kids she works with, especially about the hardships people endure.

In addition to compassion, Mina also learned valuable lessons of patience, which have served her well, and not just in volunteering. After being diagnosed with diabetes in fifth grade, self-restraint was an absolute necessity in her everyday life, for both personally coping and coping with the incessant questions from peers.

“The obstacles I faced with diabetes were getting people to understand what it is, which is kind of frustrating,” Mina said. “One of the first obstacles was adapting to it and figuring out what I [had to do]. It was hard switching my whole lifestyle and stuff.”

And while diabetes has been a largely important aspect of her life since the fifth grade, Mina has found strength and comfort in that her diagnosis does not define her and that patience is key for greater understanding about diabetes within her community.

“I learned to be patient because obviously, not everyone knows what it is, which can be frustrating, especially having to explain to people what it is over and over again,” Mina said. “I also learned that [my diabetes] didn’t have to be who I was; I didn’t have to be ‘the girl with diabetes.’ It really helped me to learn how to adapt to things quickly.”

Because of her innate ability to quickly adjust, diabetes was an easy, conquerable task, although it had frustrating moments. The skill of endurance transferred well into her volunteer work, between both the Refugee Education Center and the other places she works at.

Another place where she learned kindness, compassion, and adaptability is from volunteering with a tennis program for kids with Down Syndrome called Buddy Up Tennis. And while volunteering with kids and having to live with diabetes are seemingly very different, Mina discovered some parallels between the two, through the common factor of patience.

“It’s the same with the kids from the Buddy Up Tennis program, where they want to do their own thing and not listen to me,” Mina said. “Patience definitely comes into play [when I volunteer], like taking a deep breath and thinking ‘Okay, I get it.’ Eventually, it’ll turn around. With diabetes, I learned all of that patience with people, thinking ‘Okay, I know you don’t understand but I’ll tell you what diabetes is.’” 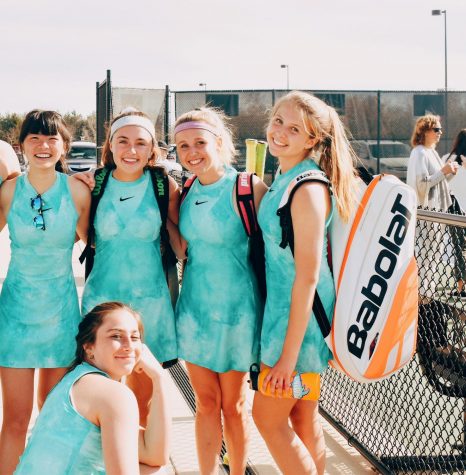 Having a positive mindset and leading with confidence have also been key for Mina’s volunteering and tutoring success, and they are two lessons she learned well from some of her big role models: the high school girls’ tennis captains.

“[High school tennis] has really prepared me [for coaching with Buddy Up Tennis] because the captains [seniors] Lyndsay Werkema and Katie McClure are very good leaders,” Mina said. “[I] look up to them and what they do to be coaches and [what they do] to have a sense of leadership; they’re very good leaders, and they’ve shown us how to lead.”

Between Mina’s passion for both tennis and for working with children, Buddy Up Tennis is the perfect convergence for Mina, and just as much as the other places she’s worked, she learned many valuable lessons, about herself and about children with Down Syndrome.

In seeing how much the children with disabilities have thrived in the Buddy Up Tennis program and how much refugee children have learned through the Refugee Education Center, Mina learned the most valuable lesson: to do your best and to do what you love with joy, even with hardships like diabetes.

“I’ve learned that sports and exercise can really bring people together,” Mina said. “No matter if you have disabilities and stuff like that, you can still be active and try your best to do stuff. You can try to your best at [activities] that may be hard for you and still give your all [even if you don’t win].”