The Central Trend • May 10, 2019 • https://thecentraltrend.com/65298/fx-student-news-show/sports/boys-jv-lacrosse-secures-conference-championship-with-13-2-win-against-fhn/ 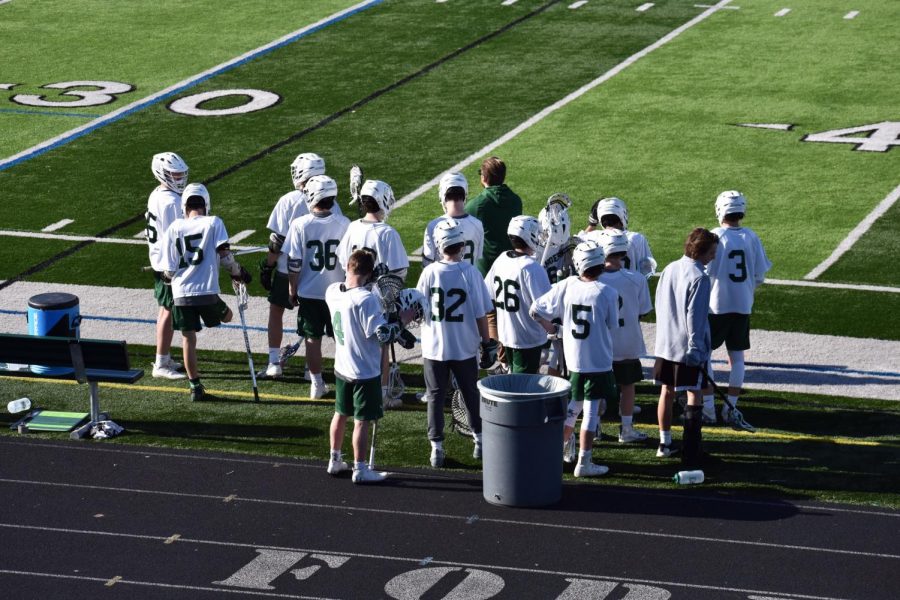 In the only matchup between the two teams this season, the boys JV lacrosse team defeated the Forest Hils Northern Huskies 13-2 to claim the conference championship.

The first half was in favor of the Rangers for a majority of the period. It started out with a goal from freshman Jack McNamara, who has been big all season. Other leading scorers included freshmen Miles Duiven and John Tomsheck. Sophomore captain Collin Ward was also a huge contributor with his 2 goals.

The defense of the Rangers showed up big time as well, only letting up one goal in the first half and moving the ball quickly and effectively. Led by sophomore d-pole Sawyer Bosch and freshman goalie Charlie Mehney, FHC managed to stun the whole conference with its tightly packed defensive line. The Rangers kept up that tempo for the remainder of the half and finished it out with a lead of 8-1.

The second half was very similar to the first, with the defense shutting out the Huskies until the very end. On the other end, the Rangers’ offense found success with multiple goals from sophomore Jacob Campbell and the freshman duo of Miles and John. The strong communication and immense talent levels of the Rangers overpowered their opponent and gave them the upper hand for the whole season. The game ended with a last minute goal from the Huskies but finished 13-2 towards the Rangers.

This win gives the Rangers their 12th win and puts them top in the conference with a 6-0 record. Their next game is against multiple opponents in the EGR JV tournament on Saturday, May 11.