The Central Trend • May 14, 2019 • https://thecentraltrend.com/65487/fx-student-news-show/sports/varsity-softball-splits-double-header-with-south-christian/ 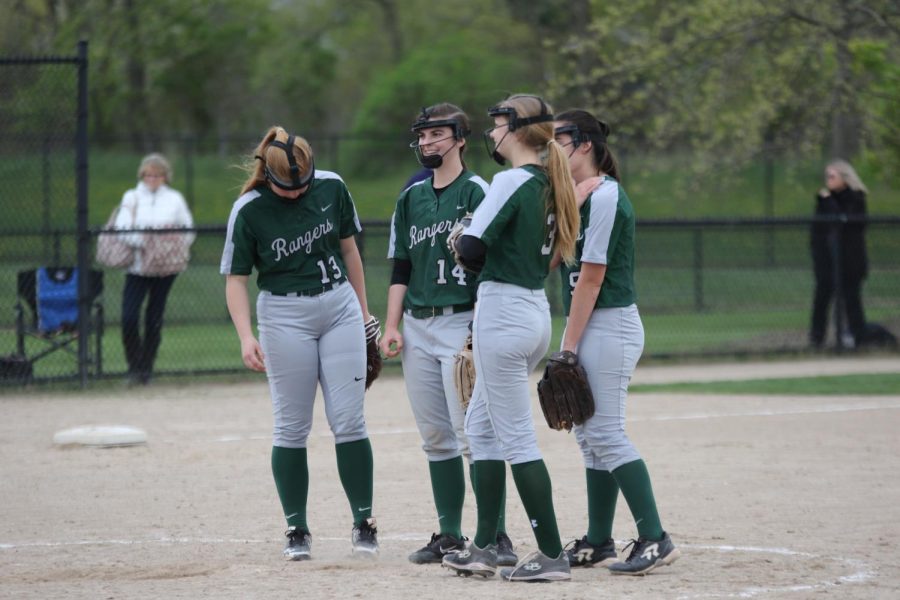 Senior Emma Davis led the team in batting for the first game. She had 2 doubles, 1 triple, and the most amount of RBI’s on the team with 4. Senior Molly Donovan had 1 single but was walked 4 times, resulting in 3 RBI’s. Senior Tori MacLeod also had 3 RBI’s and 2 singles. Senior Val Nuffer had 1 single, 1 double, 2 walks, and 2 RBI’s. Senior Zoey Guikema went 1 for 3 and had 1 RBI. Sophomore Kylie Halverson had a single and 1 RBI, while junior Maizey Szczepanek had a triple and 1 RBI.

These games don’t go towards the Rangers OK White Conference record, so their record remains 9-3, but it does affect their overall record, which is now 13-9. The Rangers face off against Wyoming tomorrow at home.