The Central Trend • May 15, 2019 • https://thecentraltrend.com/65548/showcase/the-candlelight-ceremony-represents-bittersweet-goodbyes-among-the-class-of-2019-and-a-call-for-new-leadership-from-the-class-of-2020/ 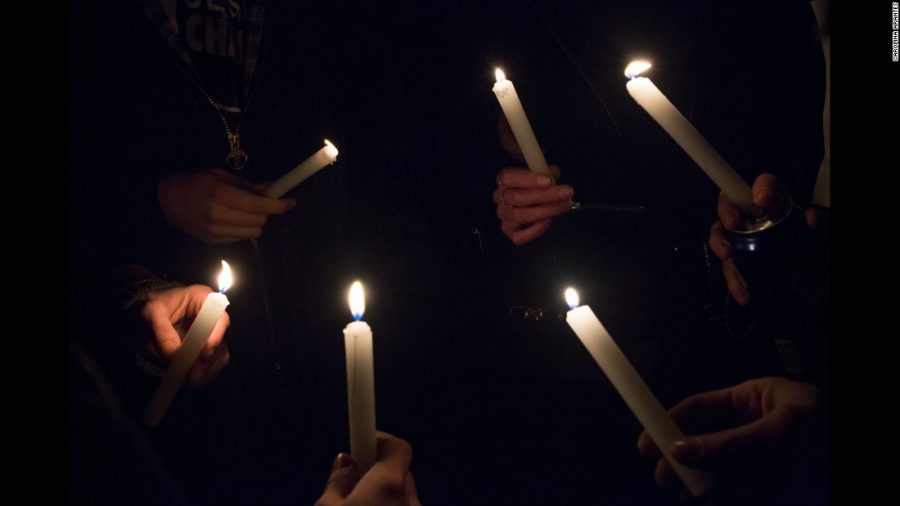 The ceremony has been a tradition at FHC for roughly ten years. Assistant Principal John DeStefano has been present at each ceremony; he recalls staff being wary of the idea of the holding the ceremony when it was first suggested. However, the beautiful ceremony has come to gain the approval of the staff, which is why the ceremony has blossomed into an FHC tradition.

“It really symbolizes honoring our senior class [for] all of the wonderful things they’ve done,” DeStefano said. “It’s a passing of the leadership from our seniors to our junior class, so it’s symbolic as well. And then, it gives us an opportunity to honor those students in the senior class who have done some things above and beyond that have been recognized by the staff.”

The passing of the flame symbolizes the senior class passing down the leadership role of being seniors to the current junior class. Once the seniors blow out their candles, their responsibility of being the leaders of the school will have concluded—along with their high school career.

“It’s really a wonderful opportunity for us to celebrate our senior class and welcome our junior class into a leadership role,” DeStefano said. “It’s really become a great tradition at our school; it’s really pretty at the beginning because of all of the candles. I think that our kids appreciate the opportunity to sit and enjoy each other’s company, to reminisce, and [to] enjoy what some of their classmates have achieved.”

Concluding the ceremony is a senior video, produced by seniors, that brings together the entire school to witness the exciting final year of high school that the senior class had.

“At the end, there’s a culminating senior video which is really fun,” DeStefano said. “And, [it] almost always creates an emotional response from our seniors which is really the whole point of it. It’s just wonderful. It’s a great deal of work, but they do a really good job encapsulating what the whole senior year is about.”

Senior Charlotte Delaney will be passing down her flame to her sister: junior Caroline Delaney. Charlotte has planned to pass her candle down to Caroline since her freshman year; however, their mom also encouraged them to be partners.

“It made it less stressful finding a junior I might not have been as great of friends with,” Charlotte said. “She also knows she’s kind of stuck with me.”

Charlotte described her and Caroline to be opposites, but their relationship has definitely improved during their three years in high school together. Therefore, Charlotte being able to pass her flame to Caroline is symbolic of the growth of their relationship.

“I feel like we have matured together a lot,” Caroline said. “Before, we used to bicker and argue a lot. We still do, but there’s love in every disagreement. We definitely get along more than we used to, and I’m going to miss her when she goes to college.”

Charlotte and Caroline both have similar opinions involving the meaning of the ceremony: Charlotte is officially graduating from high school. Caroline believes that through Charlotte passing her flame to her, she will be leaving a petite amount of her legacy behind. 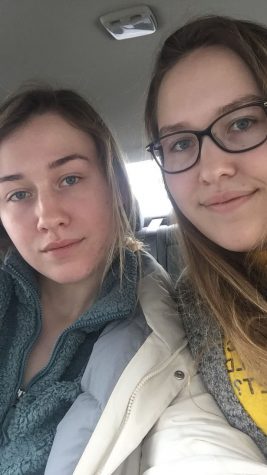 “It’s like passing the baton onto the younger kids that are now the top dogs,” Charlotte said. “Passing on the flame is like passing on my wisdom, even though I still have a lot to learn. It’s been tough thinking about [how] I am now finishing high school and going to college this next school year. The ceremony is probably going to be a little emotional for me, but I am very excited to start new things.”

Caroline is anxious to be among the new leaders of FHC. Although she knows that the goodbye to the seniors will be bittersweet, she is looking forward to commencing her final year of high school and eventually moving onto college.

“Passing the candle down to my sister will be weird because I’ll still see her all summer and hopefully talk to her a lot in college,” Charlotte said. “Even though it’s such a little thing, it means a lot more than just transferring a flame over. I’m also really excited to see everyone’s achievements and what cords will go to who.”

The ceremony is important to Caroline because it will provide her with a piece of Charlotte to keep at school while Charlotte moves onto college. Charlotte will be attending Michigan State University in the fall to study nursing and minor in Spanish.

“Even if we aren’t on the best of terms all of the time, we still have that sisterly bond,” Caroline said. “I know that she’s going to be missed when she leaves for college, and it’s just nice to think about how a little piece of her is going to be at school forever. It makes the fact that my sister is graduating official—she’s leaving high school forever.”

“Now, I’m a little fish going into a huge pond,” Charlotte said. “I knew that I’d still have all these familiar faces going into this year, but now, everyone is going everywhere. It’s really starting to hit hard. But, it goes to show that [Caroline] will start to do everything that I went through my senior year, and she will always have me to lean on for support—even if she sometimes doesn’t think that she does.”

DeStefano thinks nothing but highly of the senior class. He believes that they have successfully modeled respect and proper leadership to the rest of the classes at FHC, and he is ecstatic to see the Class of 2019 move onto a new chapter of their lives.

“They’re phenomenal,” DeStefano said. “They have represented themselves, as a body, really well. High class, high integrity, high character. They’ve done a lot for our community, and I think they’ve done a really good job in helping our freshmen see what it’s like, what’s expected [of] a Ranger, and how to be successful athletically, academically, and socially. I wish every one of them the best of luck.”