The Central Trend • May 15, 2019 • https://thecentraltrend.com/65597/fx-student-news-show/sports/5-goals-from-carson-deines-propels-boys-varsity-lacrosse-past-orchard-lake-st-marys/ 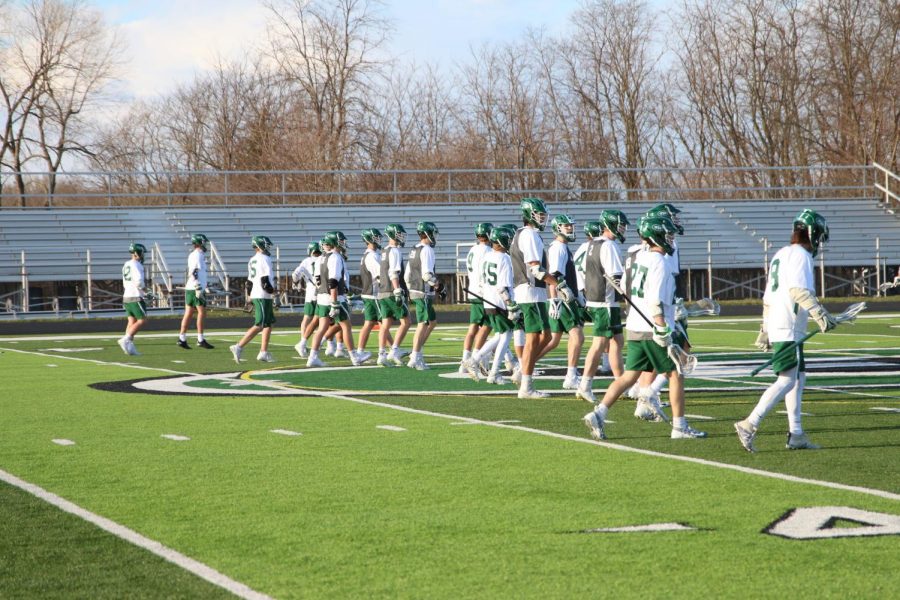 After nine straight wins and a blowout win over a high-quality St. Viator (IL) squad, the Rangers are looking to close out the season with two wins. With two games left in the regular season, the boys varsity lacrosse team traveled east to take on Orchard Lake St. Mary’s, who is ranked seventh in Division 2.

On Tuesday, the Rangers picked up right from where they left off in previous games on the offensive side. As of late, the boys tend to get off to quick leads. Against the OLSM Eaglets, it was no different. The Eaglets have a very young team, starting six freshmen. The Rangers exposed their weaknesses right away, going up 7-0 after the first quarter and 13-1 at the end of the half.

Sophomore Carson Deines and junior Jackson Clay both exploded for a thrilling offensive performance, with each of them scoring 5 goals. Jackson and senior Evan Metaj were key facilitators on the team as they recorded 3 and 4 assists, respectively.

In the second half, the starters got a break in order to rest for the game on Thursday. A full roster was able to play, and the Rangers scored 4 goals in the second half and held the Eaglets to only 1.

After the game against Orchard Lake St. Mary’s, the Rangers move on to 15-1. The game on Thursday will pit two top-ranked teams in the state when the second-ranked Rangers take on the third-ranked Detroit Catholic Central Shamrocks. This game will be huge for the Rangers as they finish their regular season and build momentum toward the playoffs.