The Central Trend • May 15, 2019 • https://thecentraltrend.com/65601/fx-student-news-show/sports/ruthie-vanskiverss-hat-trick-leads-girls-jv-soccer-past-south-christian/ 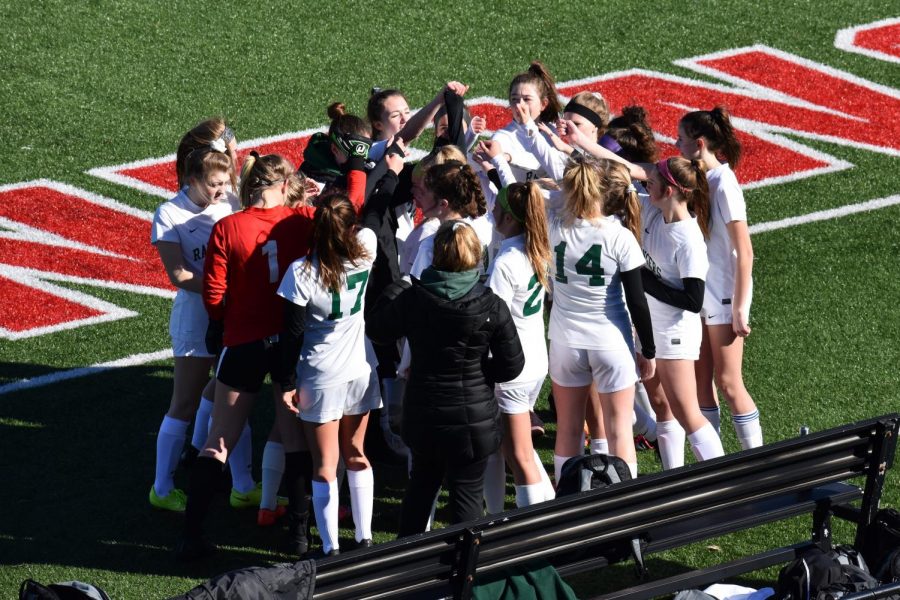 In a span of 15 minutes, freshman Ruthie VanSkiver scored 3 goals to create a massive cushion that pushed the Rangers past the South Christian Sailors.

With the game being played at South Christian’s grass field, the girls had to adjust playing on a new surface. The Rangers began to play short, quick passes that reached the feet of midfielders, who hit it to the forwards. Shots were being consistently put out, and the Rangers were creating chance after chance.

Finally, with 15 minutes to go in the first half, Ruthie scored her first goal of the game off of a cross. Some minutes later, she doubled the lead, and with only a couple minutes left in the half, she finished off her hat-trick. These three goals created a very big lead, and the Rangers were suddenly in a position to close out the game comfortably.

The second half was very similar to the first part of the first half. The Rangers were dominating possession and creating good chances, but they failed to capitalize. That was until ten minutes left in the game when freshman Addi Tack scored, making the game 4-0 and closing out the win.

With this win, the Rangers move on to 12-1-1. On Wednesday, they will take on the Lowell Red Arrows in the second-to-last game of the season.