The Central Trend • May 16, 2019 • https://thecentraltrend.com/65615/fx-student-news-show/sports/freshman-baseball-wins-back-to-back-8-6-games-to-sweep-east-grand-rapids/ 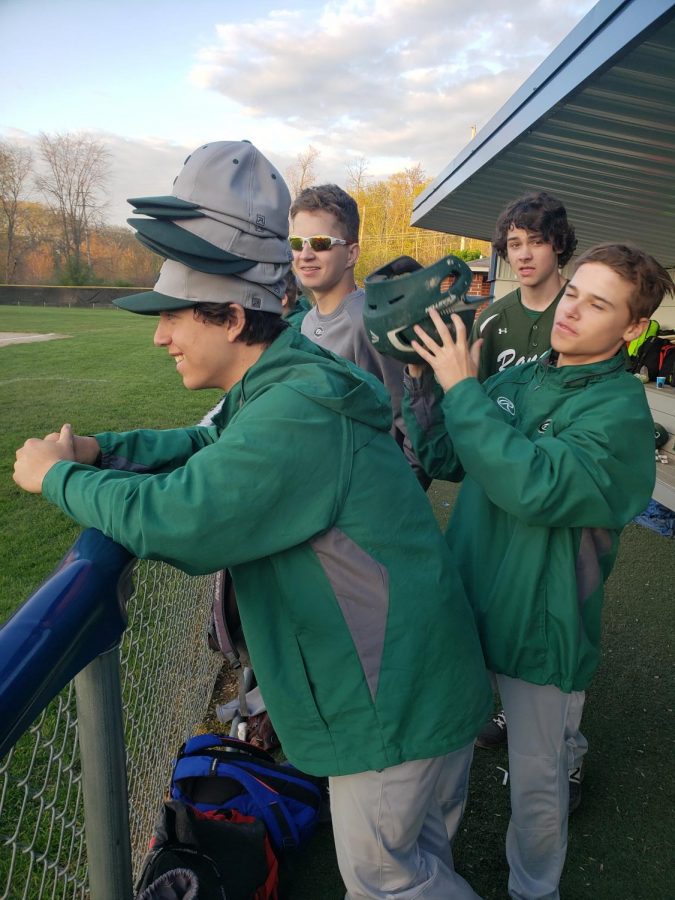 Going into the bottom of the last inning in the first game—an extra inning sixth—East Grand Rapids found themselves down five runs, and they did end up scoring three times, but it wasn’t enough to complete the comeback.

In the second game of the double-header, EGR found themselves in the same position; once again, the Pioneers scored three runs, but they couldn’t put more on the board and lost 8-6 for the second consecutive game.

There were many factors leading to the deficits in both games: base-runners, stolen bases, and clutch hitting, with all of them coming deep into the game. In the first game, the Rangers struck in the top of the sixth inning, scoring five runs behind a hit from freshman Adam Carpenter. The Rangers were aggressive that inning but especially early in the game, with four players stealing at least 2 bases.

The offense was successful due to freshman Ivan Wheland tying with Adam for the most hits with 2. Freshmen Jake Munger, Kaeden Palmitier, and Adam each drew 2 walks. Leading the team in RBI’s was freshman Hunter Robinson. Another factor was the stingy defense from the Rangers who committed just 1 error in the six-inning game.

In the second game, the freshman baseball team scorched East Grand Rapids in the fourth inning, scoring 4 runs to take the five-run lead. While the score was the same, the defense for the Rangers was part of the reason for multiple runs being scored; the Rangers committed 3 errors, but that was still two less than the Pioneers defense, who also had 3 errors in the first game.

Leading the offense in the second game were freshmen Aden Walsh, Matthew Mittlestadt, Cole Hysong, and Hunter. Aden had 3 quality at-bats that all led to walks, Cole had an RBI, Matthew reached all three plate appearances with 2 walks and a hit, and Hunter had 2 hits and added 2 RBI’s.

While the stats were identical in these two crazy games, the Rangers stole both games to add 2 wins to their now 9-8 record. The team competes next against Northview at home.