The Central Trend • May 16, 2019 • https://thecentraltrend.com/65683/fx-student-news-show/sports/girls-jv-soccer-inches-closer-to-conference-championship-with-5-0-win-over-lowell/ 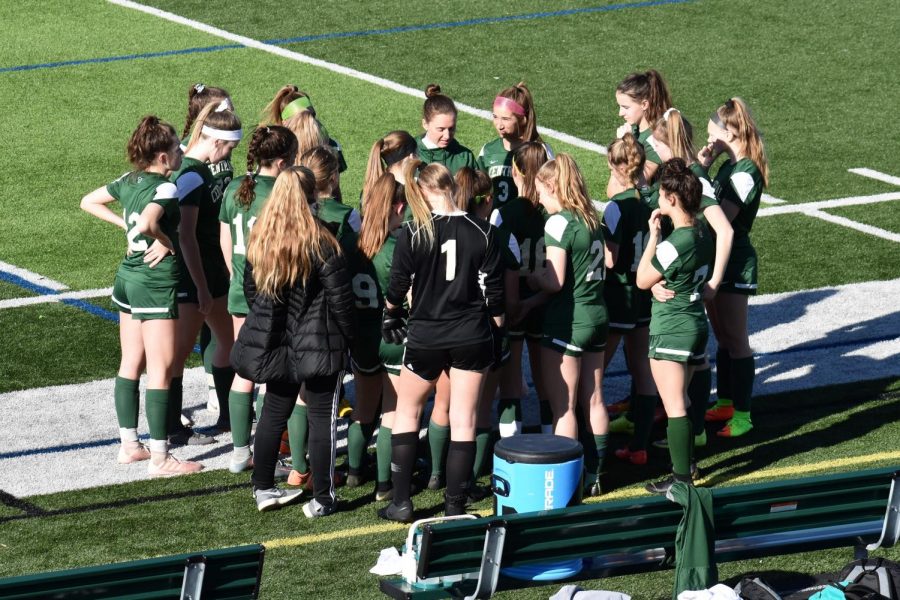 Coming off of a 4-0 win over South Christian, the girls JV soccer team moved its attention towards the Lowell Red Arrows, a team they narrowly defeated 2-1 earlier in the season. While the Red Arrow defense remained strong throughout the first half, the Rangers scored 5 unanswered goals to blow Lowell out of the water in the second half.

Getting shots off in threatening positions has been a first-half struggle for the Rangers at multiple points in the season. This was the case once again on Wednesday as the Lady Rangers went into the locker room at halftime tied 0-0. The girls were dominating possession, but they couldn’t find that penetrating through ball that broke down the Red Arrow defense.

In the second half, however, this was not the case. The intensity was high for the Rangers, and the girls were able to keep possession and not force anything that would turn the ball over. Freshman Claudia Folkert started things off for the Rangers, scoring only five minutes into the second half. After that, the goals kept coming as the Lowell defense ran around in all sorts of disorganization.

Following the first goal, the freshmen trio of Claudia, Addi Tack, and Ruthie VanSkiver all scored, with Claudia’s second goal coming from a beautifully placed finish via a cross from out wide. The lone sophomore to score on the day was Addi Whitten, who placed her shot in the back of the net just inside of the 18-yard box.

With a final advantage of 5-0, the girls improve to 13-1-1 and 8-1 in the conference. The girls will look to complete their conference championship aspirations when they head up to Greenville on Monday, a team they defeated 9-0 earlier in the season on their home turf.