The Central Trend • May 21, 2019 • https://thecentraltrend.com/65888/fx-student-news-show/sports/varsity-baseball-earns-two-conference-wins-on-senior-night/ 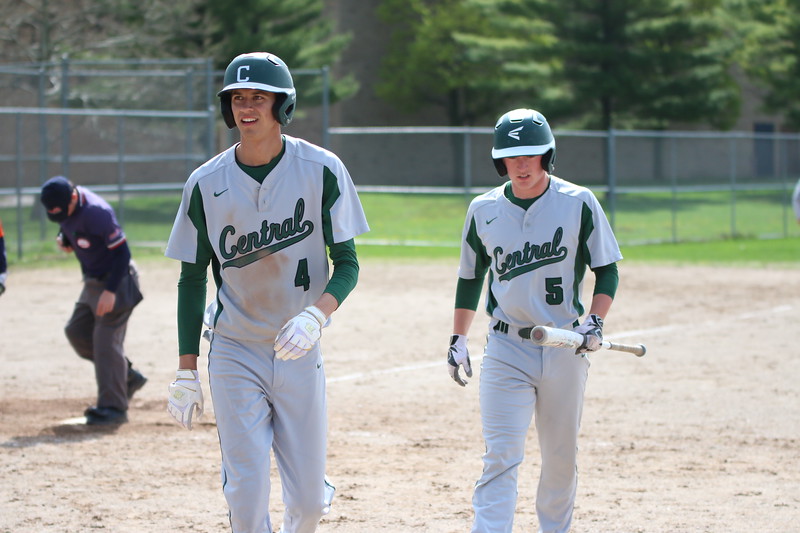 The baseball team’s ten seniors were honored in between two competitive conference matchups with Greenville last night. An early lead gave the Rangers a 4-1 win in the first game, and a late, fifth-inning surge secured the second win of the night 3-1 for FHC.

In game one, the Rangers put up 2 runs in the bottom of the first inning for an early lead. The Yellow Jackets were able to plate a runner in the fifth for their single run, but FHC outhit Greenville 6-4 in order to take the 4-1 victory.

Junior Grant Coughlin led the team at the plate by going 2-2 with a run scored, while seniors Luke Herzog and Dylan Tucker both went 1-1 with base hits. Seniors Adam Tellier and Cole Coughlin hit .500 in this game with a base hit apiece as well.

Adam and Cole both took the mound in this game; they combined to allow 1 earned run on 4 hits with 4 strikeouts and 3 walks. The defense remained errorless behind the mound to secure the win.

In the second game of the night, the Yellow Jackets were on the board first with a single run in the second inning. A 3-run fifth inning, however, gave the Rangers all they needed for the second win of the night.

FHC outhit Greenville 9-4 and was led by seniors Adam Tellier, Joe Szczepanek, and Kyle Wojczynski, who all went 2-3 this game and combined for a run and 2 RBIs. Cole and senior Connor Palmitier both went 1-2 with a double and a run scored in this game as well.

Sophomore Joey Wise lasted all seven innings on the mound for the Rangers. He allowed 1 earned run on 4 hits with 3 strikeouts and 0 walks.

The Rangers move to 14-10 (13-4) and will go on the road Wednesday to finish up the series against Greenville. The team will have a tournament this weekend to finish up the regular season before entering playoffs on June 1 at Caledonia.