The Central Trend • May 21, 2019 • https://thecentraltrend.com/65950/opinion/the-sun-is-also-a-star-while-a-good-movie-should-have-stayed-true-to-the-book/

The Sun is Also a Star, while a good movie, should have stayed true to the book 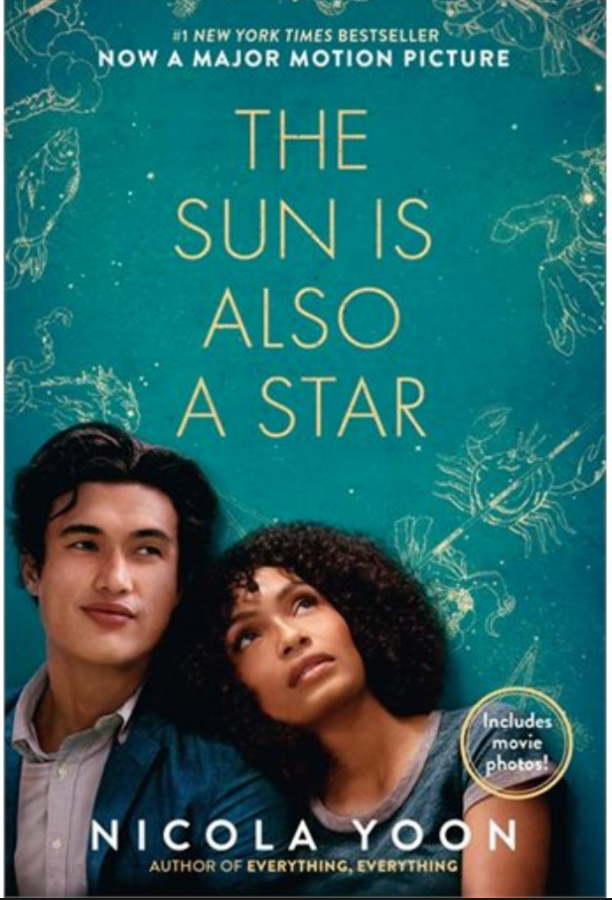 Driving home from a movie, the world shrouded by night, one of my favorite throwback songs “Drops of Jupiter” by Train came on the radio. Had I not just watched The Sun is Also a Star, I would have thought it to be merely a coincidence. However, maybe I heard it for the very reason of writing a clever anecdote that introduces what the movie adaptation of the book The Sun is Also a Star is all about.

Fate. It’s what brings together Natasha Kingsley and Daniel Jae Ho Bae. Or so Daniel thinks. Natasha, on the other hand, always the pragmatist, isn’t convinced. Natasha follows the facts, which includes ignoring passion and having disbelief in love, much to Daniel’s dismay. Together they conduct an experiment to see if he can scientifically make Natasha fall in love with him in a day. While fate may be on their side, time is not. Natasha and her family are being deported the next day.

While this main theme was expertly communicated in both the book and the movie, I couldn’t help but find myself disappointed that the movie scrapped the other major theme from the storyboard. When I read the book, the main lesson I took from it was that you never know what small, insignificant thing you do could change someone else’s life.

For example, there was a particularly moving deviation from the main characters in the book in which a security guard tells her story. To paraphrase, she felt invisible and worthless. She had no friends or family to comfort her, to give her human connection. So, she decided that this would be the day that she would commit suicide. That is, until, she gets a sweet message from Natasha through her boss. She finally felt seen, needed, and full of worth. She lives.

Though I understand it would have been tricky for the movie to include the many instances that my favorite theme of the book took root through while showing their monumental importance, it just wasn’t what I had hoped for. Had this been ingeniously worked in, the movie would have taken on a new meaning beyond the romantic cliche it will be remembered for.

Moreover, something must have gone wrong in the planning stages of the movie because the chronology didn’t align with the book. When a book becomes a movie, I am a strong believer that they need to follow the same plot, chain of events, and accurately portray those large events. The movie of the Sun is Also a Star only did two of three.

Although the movie did make sense in the order it was presented in, it muddled and misplaced the moment that moved me. Sure, new and adorable scenes were mixed into the movie. But, those scenes lost the essence of Nicola Yoon, the author of the book. Yoon has a unique gift for exploring strong cultural values while keeping her books light and humorous.

Much was tossed out in regards to Daniel and Natasha’s families. Through Daniel, the reader had a chance to experience Korean culture, including the pressure from his family to go to Dartmouth like his brother before he was kicked out. Through Natasha, the reader had a chance to experience the life of an immigrant family who, like many before them, have found the “American Dream” to be unattainable as well as place strains on a family. By leaving these essential parts out,  Daniel and Natasha’s characters became less developed.

Despite all the glaring differences I couldn’t resist ripping into, the movie was above average. One thing I really liked was all the camera angles and artistic shots. I never notice these kinds of mechanics in a movie; yet, I could help but admire the use of the sun and landscape while shooting the film.

Furthermore, I also don’t usually pay attention to the music used in a film, and again, I found myself admiring it. The overall feel of the movie was very placid, serene, and introspective, and the music matched it perfectly.

Lastly, Natasha and Daniel, played by Yara Shahidi and Charles Melton respectively, were exactly how I pictured them to be. The casting stayed true to Yoon’s vision, and I could not be more pleased. On top of that, they looked good together and had real chemistry.

Shahidi and Melton did a wonderful job committing and portraying their characters. They acted with true emotion despite the annoyingly cheesy lines. Melton embraced the awkward confidence of Daniel’s character, paying attention to every the detail, from how he walks to his adorable excited giggle. Though I would have liked to see more fire from Shahidi at the beginning of the film, she also embraced the bold strength of her character.