The Central Trend • May 21, 2019 • https://thecentraltrend.com/65971/fx-student-news-show/sports/boys-varsity-lacrosse-opens-playoffs-with-commanding-18-1-win-over-comstock-park/ 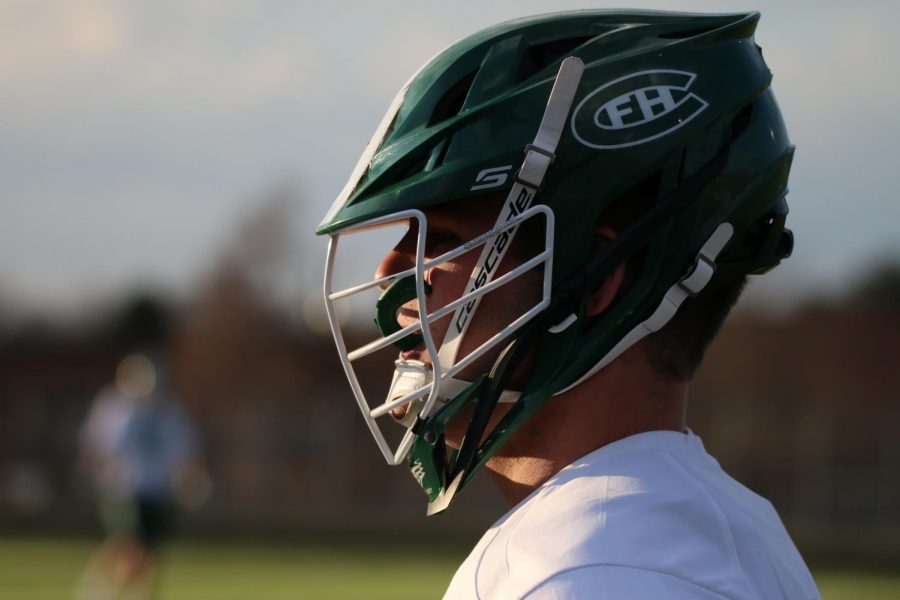 In the second round of the MHSAA Division 2 playoffs, junior Jackson Clay continued his offensive dominance from the tail end of the regular season, scoring 8 goals early on in the game to lead the Rangers to a blowout 18-1 win.

The first quarter of the game consisted of utter destruction from the Ranger offense. Jackson scored 5 goals within the first 12 minutes before being rested until the fourth quarter and also assisted his teammates twice. Sophomore Carson Deines scored three times and assisted twice, and the majority of the starters were out within four minutes into the second quarter.

For the second half, the bench players got some good playing time, including all five of the JV pull-ups. In the beginning, the guys were playing slow and poorly compared to their previous performances.

“We got a little sloppy and played slower than the pace we wanted to play when the bench players got in,” Head coach Andy Shira said. “That was a little disappointing because we hold everyone to the same standards. However, things did pick back up in the right direction once they got their legs moving a bit, which was nice to see.”

In the second half, and specifically the fourth quarter, the Panthers began to play sort of chippy. With the score out of hand and nothing to lose, Comstock Park was playing very physical and taking unnecessary hits. The Rangers handled themselves very well and didn’t get caught up in it.

After a bad hit and an injury to sophomore Brady Nolan, Jackson hopped back in the game and scored 3 more goals to bring his goal total on the day to 8. Senior Evan Metaj and junior Hayden Sarjeant each scored twice, and junior Travis Sutherlund scored his first career varsity goal.

The Rangers went on to close out the game with an 18-1 victory. This win puts the boys’ record at 17-1 and advances them to the third round of Regionals. They will take on the Grand Rapids Christian Eagles at Christian on Wednesday at 6:30.