The Central Trend • May 21, 2019 • https://thecentraltrend.com/65975/fx-student-news-show/sports/varsity-softball-has-a-successful-night-against-greenville-wins-7-0/

Varsity softball has a successful night against Greenville, wins 7-0 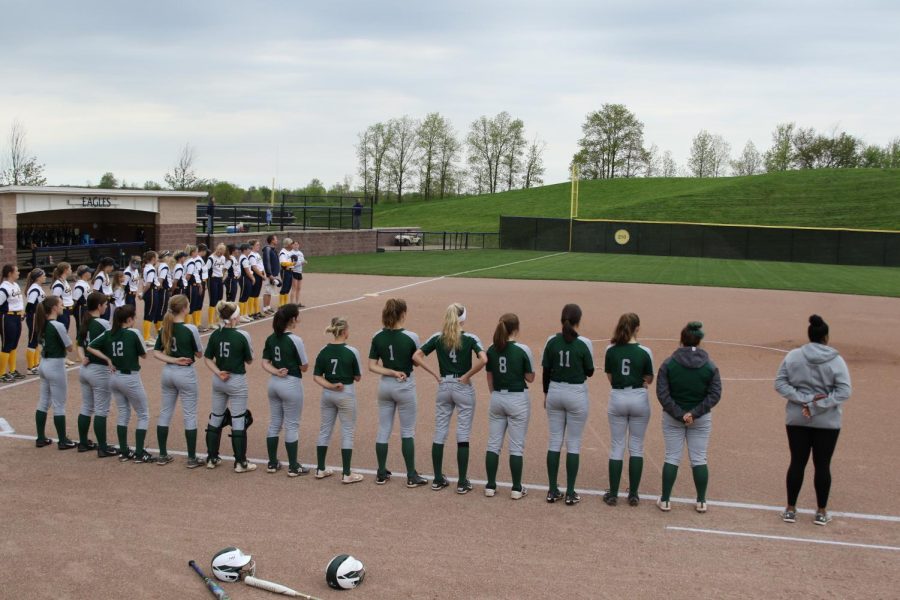 Senior Molly Donovan was the spark that the Rangers needed to have to beat the Yellow Jackets. She hit a double in the fifth inning that started a scoring streak for FHC.

“It felt awesome to be able to start the momentum of the game,” Molly said. “It meant more because this is my last time playing a conference game on this field.”

“We started off slow, but we weren’t playing bad,” head coach Jasmine Watson said. “It was one of those games that the girls did everything right but we couldn’t get the momentum going until later in the game.”

Throughout the game, Molly and Tori worked as a power duo. Molly would snatch the ball at shortstop and throw it to Tori at first base. They were able to get out after out in the later innings.

“Our duo felt good tonight,” Tori said. “We’ve been teammates for years and we’ve been playing together since I can remember, so it wasn’t too different. The only thing that felt different is that it was more special because it was our last home game.”

Caitlin was the catcher last night. She had a very impressive game and was a key player for the Rangers. Sophomore Faith Addington was on the mound, and she threw a shutout. She allowed 2 hits, 0 runs, walked 0, and struck out 6.

“Faith and Caitlin played amazing tonight,” Watson said. “Faith’s been pitching more and more this season, and she is improving greatly. Caitlin hasn’t been able to be catcher this season, and it was great to get her behind the plate tonight.”

This game goes towards the Rangers’ conference record, which is now 10-3. Their overall record is 15-11, and they will face off against Greenville again on Wednesday away.

“It was a great way to finish on our last home game,” Tori said. “It a cliche, but I’m going to miss playing with this team.”