The Central Trend • May 23, 2019 • https://thecentraltrend.com/66067/opinion/what-does-alabamas-bill-to-ban-abortion-mean-for-the-people-of-america/

What does Alabama’s bill to ban abortion mean for the people of America? 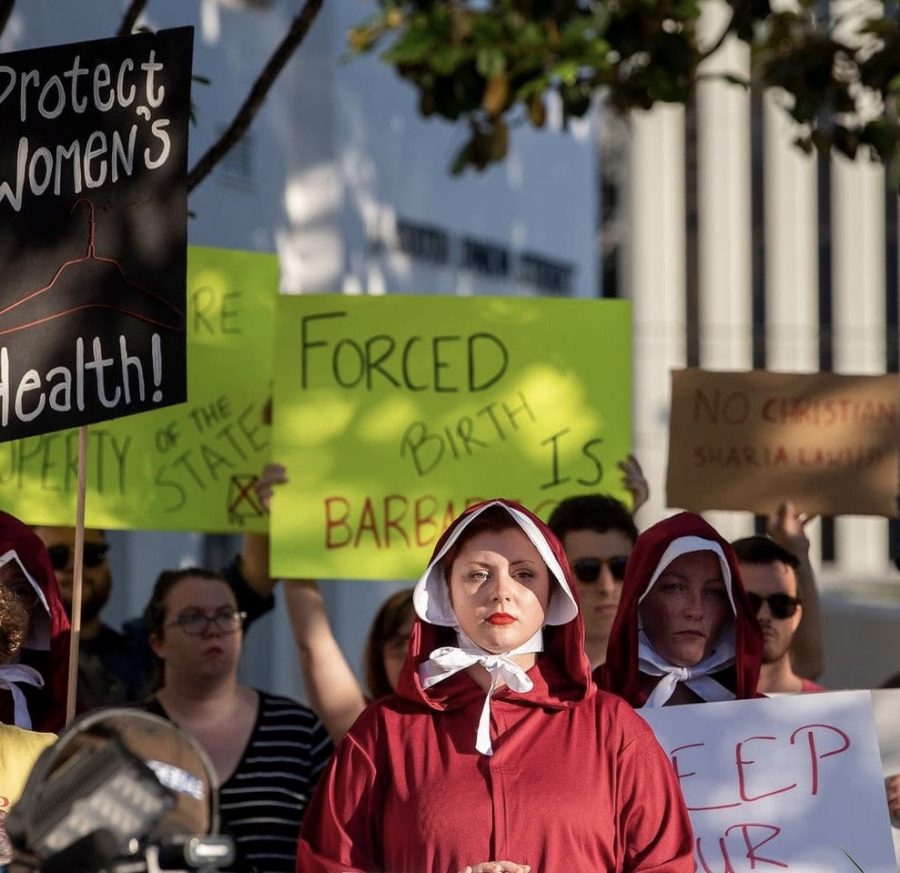 On May 15, the governor of Alabama reversed 46 years of history with a mere graze of her pen, signing off on a bill that bans abortion at all stages of pregnancy in the state.

This bill directly challenges the landmark decision of legalized abortion that resulted from U.S. Supreme Court case Roe v. Wade. The case occurred in 1973, and the main argument focused on the idea that people have a fundamental right to privacy, which is listed in the Due Process Clause of the Fourteenth Amendment.

However, after 46 years, Alabama decided to take a step backward, reversing this measure with the Alabama Human Life Protection Act. Under this nascent bill, it asserts a near-blanket ban on abortion; the only exception is if the mother’s health faces a serious risk, but according to the bill, an occurrence such as rape is not considered an exception when it comes to these threats.

Women across America almost immediately responded to this action with disillusionment and devastation. This tremendous setback in women’s rights has truly left the nation aghast.

Because of the bill’s implications—a 99-year sentence for doctors who perform abortions and a charged felony on women who perform or attempt abortion—countless pro-choice activists have begun fighting back, emphasizing the aggressiveness and needlessness of this bill.

Several people have stressed their grievances. Voices, whether through rallies, social media, or in real life, have fearlessly discharged their opinions on the issue, and some have even spoken out about their own stories. These stories range from personal experiences of having to carry stillbirth pregnancies to full terms to victims’ experiences with rape and sexual assault.

People have brought up conspicuous justifications that have made appearances in pro-choice conversations for decades—the extent of the government’s authority over a woman’s body, the disregard of health-related issues of stillbirths and sexual assault, the speculation that abortions will occur unsafely if laws are passed against it, etc. The myriad of reasons trail off, and some people have even attacked the legislatures who passed the bill because they are all essentially male, except for the governor.

However, are these arguments cohesive enough to sway the growing number of American legislatures that are leaning towards pro-life movements?

Other than threatening medical instances, issues regarding personal hardships in citizens’ lives can often be based on contingencies. A woman’s physical and mental health is important, but with a simple “what if” and general examples, the argument for a choice for abortion becomes weakened.

The argument against abortion is similarly based on several contingencies as well. It is understandable to keep future generations and people in mind, but nobody knows the fate of these people, the lives they will live, or if and how long they will last. It is mainly a dispute dependent on “ifs” and “maybes,” ultimately deeming it uncertain in standards of the law.

Both sides of the debate on whether abortion should be legal or not can easily be elucidated, and people on either side may constantly argue against the government, confronting the injustices ensued against their personal beliefs. Yet, should this issue even be considered an argument that the government has the authority to resolve?

The fact is that America was built on a multitude of fundamental beliefs, one being a separation of church and state. With a salient case on the pro-life side being that abortion is an attack on religious beliefs, why is a social argument between personal affiliations something that is controlled by the state?

When did a social issue fall into the political spectrum? This isn’t a fight for education or a plea for new roads; this is a decision that is based on a person’s way of life. It is a personal issue, an issue that should be protected by the liberty that is supposedly planted in America’s soil.

Liberty, as stated by the dictionary, is “the state of being free within society from oppressive restrictions imposed by authority on one’s way of life, behavior, or political views,” and the beginning lines of the Preamble in the United States Constitution claim to secure the establishment and protection of the “the Blessings of Liberty.”

Therefore, when exactly did government control over what a woman chooses to do with her body constitute an act free from restrictions imposed by authority?

When did America become so hypocritical? There are valid reasons on both sides of the argument for and against abortion, but that is okay. However, by taking away the right to have a choice, it forces people to accept whatever option is left, even if it is against what they believe in, and in America, we, the people, should have the right to choose. We, the people, should have a choice on how to live life but should respect other people’s choices as well.

Alabama’s forward movement to ratify the bill against abortion into a law may open doors for other states to implement similar notions. Other states have already begun passing “heartbeat” bills, which restrict abortion after six weeks, the time when the fetal heart begins to beat. Yet this buildup of laws against abortion has become less of an issue of human rights and more based on a desire for control of these rights.

But when did a forced way of life constitute freedom? When did restrictions on living become regarded as liberty?

When did America let its values fall?