The Central Trend • May 23, 2019 • https://thecentraltrend.com/66125/opinion/slow-burn-podcast-tells-the-story-of-those-silenced-in-the-watergate-scandal/ 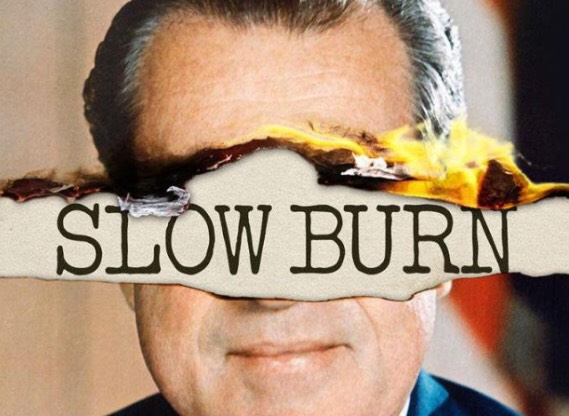 I’ve been deprived of true crime for too long and was fiending for something to think and reflect about. I searched for an easier way to do it and found the podcast on Spotify called Slow Burn. This podcast digs into the Watergate scandal, a case I’m particularly interested in since I have no knowledge other than it was the biggest scandal in the 20th century. But this podcast did not only illustrate the case itself, but also the people who were silenced by the Nixon machine.

The podcast’s host, Leon Neyfakh, researches people who have been forgotten throughout this crazy time in history and shares their stories. The first episode is all about the cruel treatment of Martha Mitchell,  the wife of John Mitchell, who was an attorney for president Richard Nixon.

Martha Mitchell was always very popular among the political crowd for speaking her mind and having tunnel vision on any task she places her mind on, which is admirable to most but is bad for someone trying to keep things on the low. Martha would frequently call reporters and announce topics she overheard her husband chatting on the phone about.

This, of course, did not sit well when the Watergate scandal was released to the public. Afraid of what she’ll spill, John and his henchmen kept her in their New York apartment with no contact to the outside news. She soon got a hold of one of her reporters and was about to spill the case, but the phone line was quickly cut. They tranquilized her and kept her away from the public. John convinced the world she was crazy and should not be trusted.

All of this was swept up by the storm of the case. Like some of the other episodes, the interesting story about the defeat of Wright Patman. He, like Martha, was silenced. Wright tried to investigate the Watergate subjects and the banking of these suspects. I don’t want to talk too much of it; you should listen to it.

Not only does Leon talk about the people involved, but also about the world reactions to this confusing time. He talks of the newfound respect for conspiracy theorists, how Nixon tried to fix his image after this scandal, and how people who still stood by Nixon rationalized their point.

Alas, there is only so much you can discuss in regards to this piece of history, but Slow Burn continues its love for political scandals through a season 2 detailing Bill Clinton’s impeachment, which I cannot wait to finish.

Slow Burn is a podcast I will always turn to for entertainment, for furthering, expanding, and grasping why and how things happened. I’m glad I found this podcast, and I cannot wait to see what they do next.