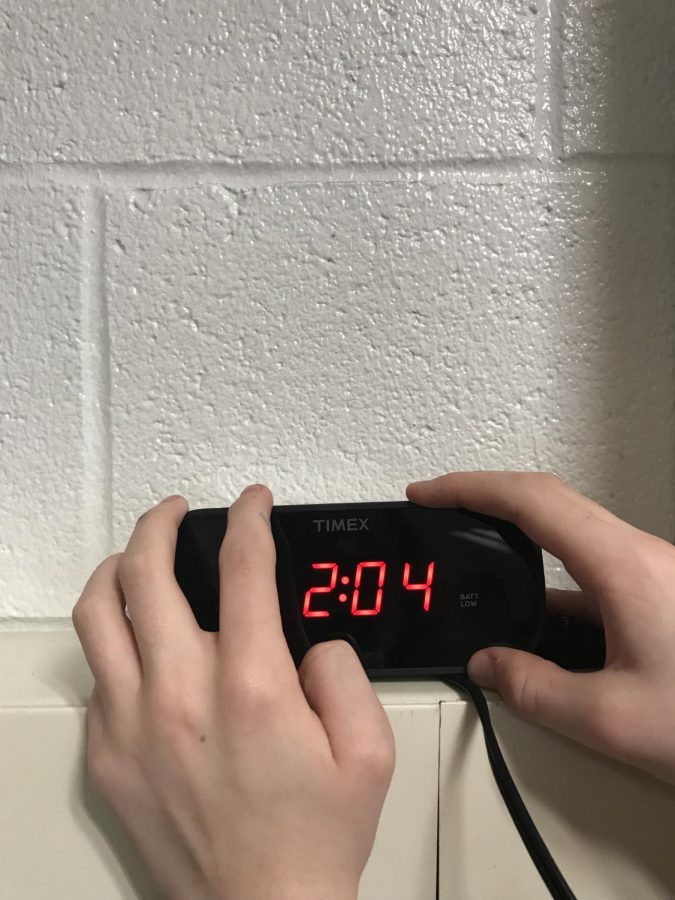 With hands that weren’t fully grown yet, an imagination that stretched far above my head, and scuffed sneakers that were stained with the residue of my adventures, it was easy to believe in the future.

My days bled into one another as if they were composed of a mesh of light that embodied my hours. The endless stream of youth made my possibilities seem infinite, or at least they reached far enough, far enough to not procure any worry.

It was then that I could waste a day away without a care about how it would affect me. I became lost in the steady lull of my days; the simplicity of the uncut grass wrapped itself around my legs, and the sun’s vivid rays blanketed over my unproductive body.

I melted into my life, giving into its allure without protest.

It was then that I could hear requests for the future and respond by pushing it off, handing away the responsibility to an older and hopefully wiser self. “Maybe later,” I’d say. But I could say that. I had unwavering confidence that there was a “later” I would eventually meet. Why wouldn’t there be?

There still is a “later,” of course. I still lose myself to the light, attempting to live with acceptance of my fault, a reassurance of imperfection. But, I do admit that I sometimes regret how much I believed in the future. I sometimes regret displacing the present with a comforting excuse.

“Maybe later!” I’d brush off with such aloof apathy.

“Maybe later!” I’d shrug, not acknowledging the erosion of my days.

To describe my days as whittling as I’m barely on the cusp of young adulthood comes off as a slight exaggeration. When I mention it, my mother shakes her head, reassuring me that although my hands are fully grown, my days are not. My friends laugh, telling me that the sun will always be liberated from the plunder of the night.

But occasionally, my brother tells me about the old couple he met that pushed off their future until retirement; however, the man’s brain rusted, and the women’s health fell through until it crashed. It crashed, breaking into nothing but scraps of what once could be.

Occasionally, my father will tell me a story of his friends who worked endlessly to accumulate enough money to live how they wanted. But, they worked too hard until they could no longer work, and the money was never enough.

Occasionally, I’ll witness the theft of too young of a mind. I’ll watch them grapple with the hinges of life until their grip loosens, and their days are cut short.

They all tell me these stories, diminishing the tragedy of people’s lives to a mere few sentences, yet all I hear are descriptions that are the equivalent to “Maybe later!”

All I hear are stories of people who believed too much in the future, people who became too lost in the lull of their days. All I see is myself, just bent in a different direction.

But is it such a crime to believe in the future? To ponder on what could be?

Or is it worse to refuse the allure of softened days?