Isaiah Huempfner leads boys varsity golf in Regionals with a 72 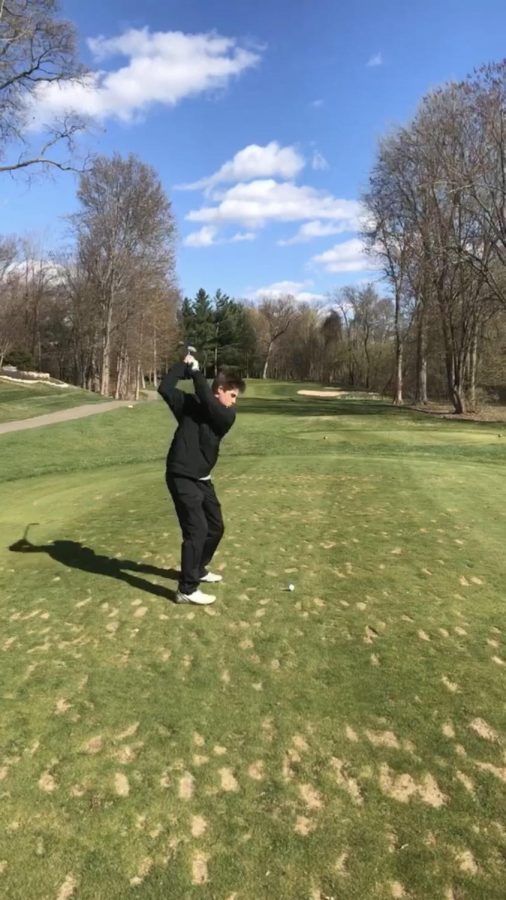 Junior captain Isaiah Huempfner led boys varsity golf in the Regional finals on Thursday, May 30. He tied for second on the day and will travel to Frankenmuth next week at The Fortress to compete in State finals.

“Isaiah played the best golf that I have seen him play in the three years he has been on our team,” head coach Paul TenEyck said. “He truly has been a leader on and off the course, and I am very excited for him.”

Isaiah has been putting up some pretty impressive stat lines all year; however, today was better than ever. The Rangers played 18 holes today against some of the best teams in the area. With so much talent, the scores were bound to be low, but luckily for the Rangers, Isaiah was tied for the second lowest scorer of the day. He started the day out with a quick par, and it swiftly picked up from there. He sunk putt after putt, which made all the difference. He finished the day out at an amazing pace and actually ended even with par.

Isaiah finished with a 72, which means that he stayed on par for almost every single hole. Without Isaiah, the Rangers wouldn’t have gotten close to placing so high, which also allowed them a low seat on the scoreboard.

“Today was one of the best rounds of golf I have ever played,” Isaiah said. “I’m super happy that I came out firing today because we needed it as a team. Everyone else also came out big and allowed us to be where we landed in this tournament.”

Junior Justin Turner had the second lowest score for the Rangers with a 76. He has been phenomenal all season and got to finish it off today. He started out hot, and only scored four over par. Not only did this score improve his team’s placement, but it was also his lowest round of the season coming at the perfect time.

Following Justin and placing in third place was freshman Joe Murdock. Joe was the only freshman to get pulled up to varsity, and it was for good reason. He has been part of the top three lowest scorers on the team all season, and he finished with an 82 on Thursday.

“After our first three golfers, we were in the hunt for possibly pulling off the third team spot, but it just didn’t work out,” coach TenEyck said. “Our team battled hard all year long and that was evident today. I couldn’t be more proud of our guys, and hopefully, they learned some valuable lessons after today.