Track and field takes on States 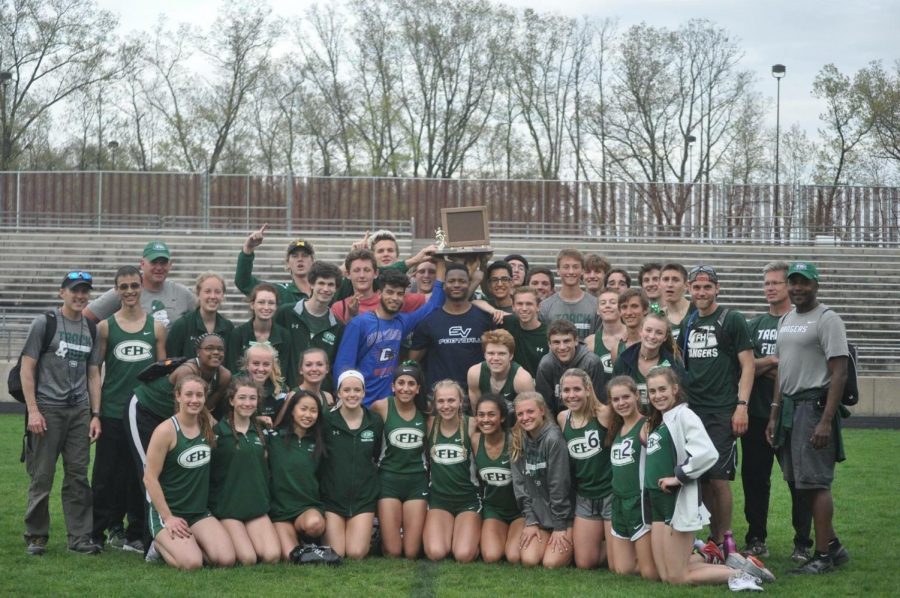 Over the weekend, FHC varsity track and field sent 12 deserving members of the team to the State championships, the most runners that FHC has ever sent. Although FHC didn’t come home with any trophies, they still had standout performances, which coach Joel Harner is proud of.

The guys running in the 4×400 relay were seniors Kai Hagadorn and Geoffrey Batterbee, junior Patrick Ho, and freshman Sam Yeager. The boys broke the school record in the Regional meet, which also earned them their trip to States.

Although the boys didn’t win, they were proud of their performance.

“At the beginning of the year, none of us on the 4×400 ever thought we would do so well and go to States, get the record, and earn All-State,” Sam said.

The girls also sent relay teams to States this year, and they finished the day in 17th place. The team consisted of seniors Madisyn Bunke, Claire Baguley, Courtney McAlindon, and junior Nicole Marco.

“Overall, States went really well,” Nicole said. “We had a full team going this year, so it was fun to see everyone compete.”

The girls also sent a team for the 4×800; on the team was Nicole, senior Susannah Bennett, sophomore Emma Hansen, and freshman Rachel Marco. This team placed 23rd.

In the pole vault, senior Kelsey Becker competed for the girls and Ryan Talbot for the boys. Kelsey placed 20th and Ryan placed 7th. Overall, FHC had a good performance at States and had a great day.

“I was pleased with how everyone ran and continued to lower their PRs,” Harner said. “They did well considering we had three storm delays during the meet.”