Always be my Maybe brought a whole new style to rom-coms by casting a fresh face: comedian Ali Wong 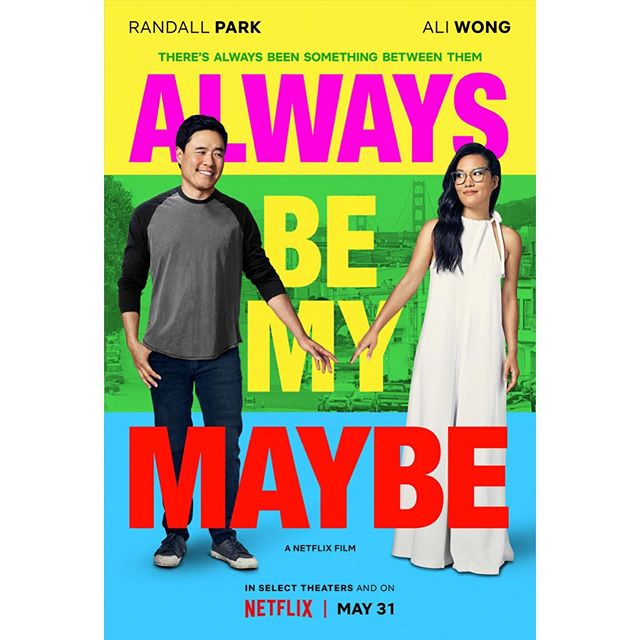 I have loved Ali Wong since the day my brother first introduced me to her Netflix special Baby Cobra — a stand-up comedy. Two years later, I fell in love with her all over again in her second Netflix comedy special, Hard Knock Wife.

What I never expected was to see her as the star of Netflix’s latest rom-com.

Always be my Maybe starring Ali Wong as Sasha, Randall Park as Marcus, and a guest appearance by Keanu Reeves failed to impress me with a truly unique rom-com experience.

Always be my Maybe took the comedy part of romantic comedy and turned it into something I had never seen before: the romantic side. However, it fell a little flat in terms of creativity.

Using a stand-up comedian as the star of a rom-com allowed the humor to come from more than just what was being said but how things were being said. Ali Wong’s unique delivery and facial expressions created a comedy that went deeper than just surface-level words. Ali also brought a sense of reality to the movie which could be seen in the way the characters interacted with each other. The sense of awkwardness in situations that in real life would be very awkward is something most rom-coms tend to avoid. Always be my Maybe used awkwardness in excess.

It was blatantly apparent from the beginning of the movie was that it would disguise itself as an unoriginal rom-com with a more than average level of humor. But, Always be my Maybe would have something important to share. And to share their message, Always be my Maybe utilized a subtle concoction of contrasts and continuity. 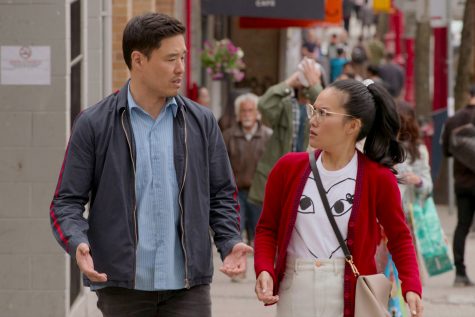 For instance, Marcus and Sasha’s kiss as adults almost exactly parallels their kiss as teenagers but reverses who instigate the kiss.

This tactic of connecting the past and the present connects the audience to the whole story and forces them to look at Marcus and Sasha’s relationship as a whole. It also allowed room for intense and prominent character development. By constantly making connections in the audience’s head between the past and present, the creators of Always be my Maybe were able to display development in the characters. Both Sasha and Marcus began the movie with things they were struggling with, and in Marcus’s case, in denial about; however, they progressed throughout the movie and became increasingly more round as characters, and the audience was able to see this in their different reactions to challenges they may have faced before.

Far too often in rom-coms, those telling the story are far too quick to move forward — to move past the inner and external struggles and come to a quick resolution. This fast-paced and often unsatisfactory path to that final kiss of a rom-com leaves the audience with a laugh and a sigh but no truly fulfilling and enriching conclusion.

Although Always be my Maybe followed the typical rom-com format and simply used small contrasts and continuities to enrich the story and take it deeper, it culminated those small changes in its finale where, instead of a kiss, Marcus and Sasha shared an emotionally healing moment which resolved a pain they had endured throughout the movie.

Always be my Maybe may have followed a more unoriginal plotline, but it succeeded in reaching a will-watch-again status by delivering a fresh, realistic sense of humor and showing truthfully developed characters who developed an honest relationship— not a fast-paced fake one.