The Central Trend • May 26, 2015 • https://thecentraltrend.com/669/opinion/reviews/the-longest-ride-review/ 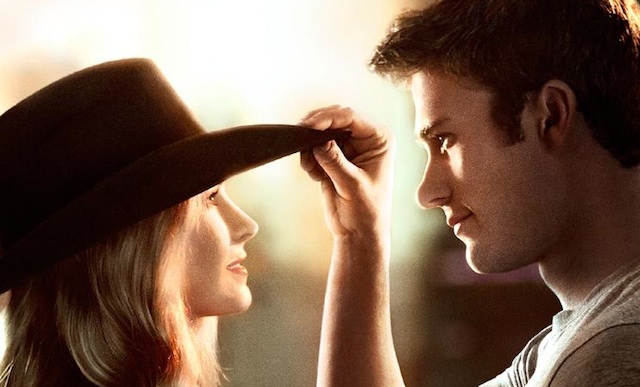 The Longest Ride is a new film based off of the Nicholas Sparks novel. This movie is a romantic drama that also contains some action. I saw this movie in theaters with  my mom, and we both loved the way the movie was portrayed in a realistic and playful way.

The Longest Ride is the story of Luke and Sophia; two completely different people at two completely different parts of their lives. Luke is a professional bull rider who is staging a comeback after a life-changing accident. Sophia is a college student who is preparing to make a big move to New York to participate in an art internship. These two meet by fate when Sophia’s friend forces her to go to the rodeo where Luke is competing. Once these two meet, they have an immediate connection.

During their first date, the pair see a car set on fire on the side of the road. They suddenly stop and save the man inside the car who keeps telling Sophia to “save the box.” Sophia then brings this keepsake to the old man in the hospital. Sophia looks inside the box and realizes that the box is full of letters to Ruth from Ira. Ira is the old man, and Ruth is his love who has just recently passed away. Ira is too old to read the letters anymore, so he asks Sophia to read them to him. Ira and Sophia create a strong almost father-daughter relationship that touches the heart.

As time goes on, Sophia and Luke realize that they may not be the best for each other. Sophia really wants Luke to take it easy with his bull riding once she figures out that his previous injury was a lot more serious than she ever thought. They split up for a while, but once Ira passes away from his old age, they are brought back together again. Sophia and Luke then realize that they are perfect for each other and they eventually get married.

I am a huge fan of love stories, and this one did not disappoint. Nicholas Sparks has many remakes and they were starting to become predictable for me, but once I saw this movie, I immediately took that thought back. This movie brilliantly connects two love stories split apart by time, and I think it is rather beautiful to see the connections that the two stories have, even though they take place at very different times. The plot of this movie is brilliant, and you are never bored while you are watching.

The acting is also well-done. The thoughts and feelings of the characters throughout the movie are genuine, and I often found myself laughing, smiling, or in tears just because the acting was so brilliantly believable. This movie felt like I was watching a real love story play out right before my eyes, and I loved how the story was not just seen, but felt in the heart.

If you are looking for a good movie containing romance and a little bit of action, I would highly suggest the movie The Longest Ride.