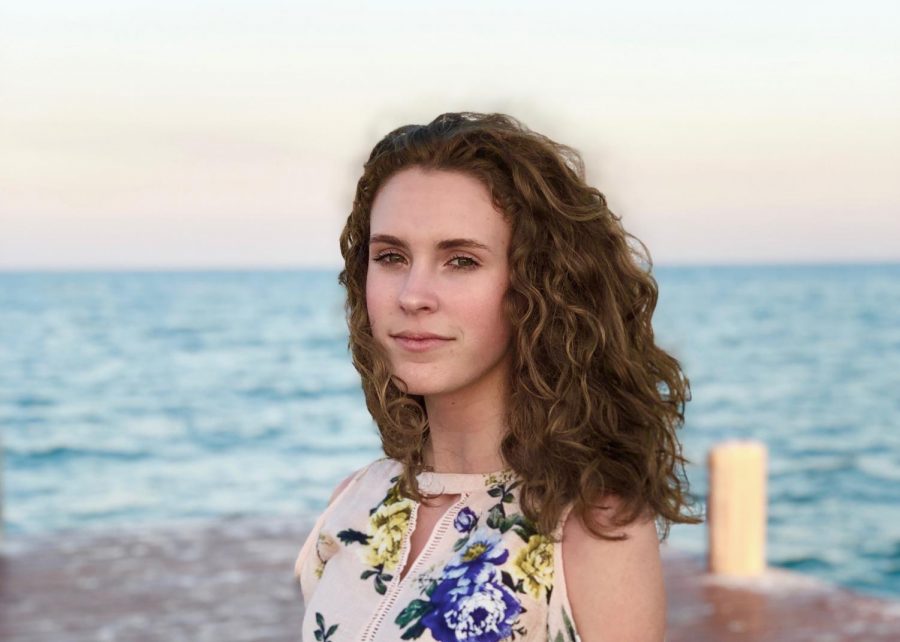 “I was a mess up there, though,” senior Isabella Notarnicola said. “I was shaking so badly. I couldn’t even hold the watermelon.”

Isabella couldn’t help but laugh as she recalled her involvement in the food eating contest at her first—and final—band camp.

She bravely stepped up to represent the Color Guard in the annual contest, hands trembling as she consumed round after round of nauseating food combinations—chile peppers, spam, wheat bread, watermelon—and body fatiguing as her pace slowed while the band’s cheers grew.

With all eyes on her, any anxiety Isabella felt faded as her competitive edge increased—she was in it to win it, and she was not going to let a watermelon—or spam, or cheesy orange juice, or bread— get in her way of success.

“I got really competitive,” Isabella said. “The anxiety was just inching away. I really don’t like attention, so at least I didn’t have to get up there and talk. It was just eating, and I know how to eat.”

As a first-year Color Guard member, Isabella led her section to second place victory, thanks to her competitive edge and willingness to participate in a world that is completely new.

Having never set foot in the band hall until this year, marching band and the numerous traditions that encompass it is uncharted territory for Isabella. After years of begging and convincing from her friend Iman, Isabella finally caved in the spirit of senior year.

With Iman’s support and guidance, Isabella spent the months leading up to May of her junior year preparing for tryouts. Not quite knowing what she had gotten herself into yet (see food contest), Isabella tried her best and earned a spot on Color Guard.

Continuing to practice and perfect into band camp, Isabella picked up the tricky tosses and turns quickly and turned fear into fuel.

“Once you start learning it, it just kind of flows naturally,” Isabella said. It’s really cool [and] really fun, actually. I don’t feel like I could have done it any earlier, but I’m glad I finally decided to do Color Guard.”

Although Isabella wasn’t at a point where she could have joined Color Guard any earlier in high school, she thinks about the time she missed away from the now-familiar band hall, away from the friendships she’s gained from the community that band is, and away from the activity that brings joy and fulfillment to her life.

Part of the reason Isabella tried out for Color Guard was that, as a senior, it was her last chance to participate in something new. Entering her final year of high school, Isabella wants to truly enjoy her year, as some of the previous years haven’t been as enjoyable; Color Guard serves as one medium of happiness.

Face art, another recent hobby Isabella has picked up, is a second source of enjoyment for her senior year.

“I’ve always been wanting to [try face art],” Isabella said. “I finally got my first palette at the end of last year [and] began playing with that. It’s been a journey.”

Having taken art classes for years, Isabella began her face art journey with a trained hand. One day she traded paints for eyeshadow and dove deep into a world of completely different colors.

“I like playing with a lot of colors [and] incorporating art into [my looks] instead of just eyeshadow on the eyelids,” Isabella explained. “I can figure out how to make [the art] look nice on [my] face.”

Experimenting with different looks intensified when Isabella took a trip to Disney.

Isabella drew inspiration from the parks she visited and had completely different artworks on her face every day she was there. On Animal Kingdom day, Isabella chose an Avatar-inspired look and walked around the park with bold blue eyeshadow and white freckles.

Throughout her journey in face art, Isabella doesn’t normally wear any of her artwork outside of the house, but Disney is a different story.

The magic of Disney allowed Isabella to put aside her fears of being in the spotlight and walk with her head—or her face, with her own art on it—held high.

Exactly how Isabella felt about her days at Disney, and the way her face art contributes to her confidence, can be summed up in one final quote.

“You know when you have a good day when you look in the mirror and you’re like, ‘ooh, I look good today,’” Isabella said. “That’s how I feel.”