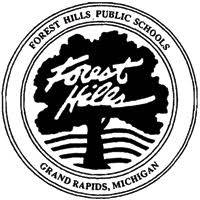 The first week of the year has come to a close at Forest Hills Public Schools and the question everyone is asking is “did the phone policy work?”

Well, it seems that all depends on who you ask.

The new cell phone policy implemented district-wide this year requires students to keep their phones off their person during the hours between 7:45 and 2:45. This policy, which may have surprised students, has actually been in the works for a few years.

“A lot came from student feedback from pilots that we have been doing over the last couple of years,” Superintendent Dan Behm said about the drive behind the policy. “Another big factor was parents asking us about it and talking about it. I meet with the Parent Advisory Committee every month, and we had quite a few conversations about [phones]. And then a third piece was the research both on the macroscale and also just our own anecdotal research that we’ve been putting together. All three of those trends were coming together that said, ‘hey, maybe creating a space where we’re not chained to these devices could be a good thing.’”

One example of parent involvement was an article regarding the makers of cell phones that parents brought to the administration to show another reason why they believed it would be beneficial to remove phones in schools.

“Parents came to us [with the article], which was about Silicon Valley CEOs who send their children to private schools,” Behm said. “And the private schools are all cell phone free. So, these are the elite schools where people who make tens of millions of dollars a year send their kids; they’re the designers of these phones, and they send them to schools where these phones aren’t around. So you start to scratch your head and say ‘what’s going on here?’”

While most people believe that all students are self-righteously opposed to the new cell phone policy, many of the pilot programs that instigated this policy were student-led, student-approved, and have gotten positive feedback from students.

“At times even students have come forward and said ‘hey, we want to try a week without cell phones,’” said Behm in reference to the trial run at Forest Hills Eastern High two years ago. “And it was a student-initiated thing where they came forward and became a sort of action research. ‘What do we notice? What do we think is going to happen? ‘Kind of typical science—what’s our theory of what’s going to happen and then testing it.”

Students, in fact, have been integral in figuring out the kinks in the policy. Much of their input prepared the administration to deal with student pushback.

“Students have had lots of questions and advice,” Forest Hills Central High School Principal Steve Passinault said. “Some students that I’ve talked to have said ‘well how are you going to police this?’ or ‘you know the kids are just going to find ways around that.’ A lot of them say ‘I don’t even use my locker,’ and I guess students are just going to have to start using their locker if they want to bring their phones to school.”

While there are certainly students opposed to the phone policy, one student stated that “[this first week] has been a little stressful not being able to [text] people in the hallways or at lunch,” there are other students who have seen benefits in this first week.

“Because we don’t have the phones now we are forced to talk to each other,” one senior said. “When we did have our phones, we would just turn to them because we thought something was an awkward situation. So now we are being forced to actually communicate with each other and talk.”

Another chimed in to add, “we’re also forced to pay attention, and if you don’t have anything to do and you can’t go on your phone, you might as well do your homework.”

Less surprising is the support the district has been received from parents. However, just like the students, they have had a lot of questions about how the policy will work.

“[There has been], overwhelmingly, support from parents,” Passinault said. “And that doesn’t mean everybody, but if there are parents who are not in support, I haven’t heard much from them. Mostly, it’s questions like ‘how are you going to do that?’ and ‘do you know what you’re getting into?’”

But those on the front lines, stuck between the administration’s decisions and the majority of students who do oppose this policy, are the teachers. The teachers are the ones who have spent the first week tasked with enforcing the new policy. And this addition to their job description has created some tension.

“I think [the policy] has definitely had a negative effect [on the relationship between students and teachers],” one student expressed. “If you get your phone taken away by a certain teacher, you’re not going to resent them, but you are going to be like ‘oh, they took my phone.’ But, it is their job and they have to. I just feel like it’s going to be different with how people act around their teachers.”

While the administration was expecting a divide to grow —at least to some extent —between students and teachers, it was still a reality everyone was hoping to circumvent.

While it can’t be avoided as we make this initial transition, all parties are hoping that, with time, the divide will be breached and students and teachers will be able to come together, possibly becoming even closer than before without the presence of cell phones.

“As an administrative team, and as teachers, one of our goals is to establish better connections with students,” Passinault said. “When we do surveys with students about the climate and culture in our building, we often hear that there are students in our school who don’t feel they have a connection with the adults in the building. They don’t feel like they could trust someone if they were struggling with something. So, my biggest concern is that this puts teachers and students kind of against each other and makes it difficult to establish those better connections.”

Despite the tension between students and teachers, there are teachers —just like there are some students and parents —who believe that the policy is worth the struggle of implementation.

“This will have many positive effects for students,” teacher Vicky Felton said. “Experts, such as mental health professionals and pediatric doctors, are telling us that the amount of screen time that teenagers have is causing more anxiety and mental health issues than ever expected. By lessening the screen time, we are helping to combat that problem. I also think that teenagers are so worried about a snap story, or how many likes they are getting on Instagram, that they are obsessively checking their social media. We’ve taken the object of distraction out of the picture. Now students can focus on learning and building real relationships with people in person and not through technology.”

While teens are the most targeted and vulnerable group when it comes to cell phones, the administration realizes that everyone is affected by phones and can benefit from time spent away from them.

The administration has spoken with the district staff and made it clear that their hope is that everyone who spends their day in a school building will put their phones away and connect with their peers and students without distractions.

“Teachers are role models to our students and we have also talked to teachers about their own cell phone use,” Passinault said. “If we are going to model this in our building teachers aren’t going to be on their phones during class or even between periods. We rely on phones a lot for communication purposes, but we do have walkie talkies. I think it sends a mixed message if we are in the cafeteria and on our phones and the kids are not allowed to use them.”

The hope of all those who believe in this policy is that if phones can be removed on all levels, and those opposed can begin to see the benefits then we will begin to see a change in our buildings district-wide.

“I think about the lunchroom, for example, and it sounds cliche, but it’s going to require people to actually talk to each other,” Passinault said. “To me, that’s a great thing. Our goal is to build a strong community, and I think people talking to each other and interacting and laughing and having a good time in the lunchroom is a positive overall for our school and the culture of our building.”