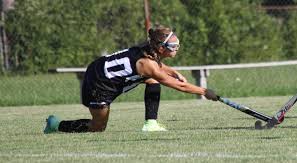 Following a 3-0 loss to Ann Arbor Huron on Monday, the varsity field hockey team traveled to Dexter to take on the Dreadnaughts on their home turf.

The Dexter team was strong and came out fast as they put up 5 goals in the first half and an additional 3 unreturned goals in the second. Forest Hills struggled to stop the relentless pressure from the Dexter offense despite a stellar performance by Forest Hills Northern senior Lauren TerMaat—who had 9 saves on the night. After one final goal by Dexter with one minute remaining, Forest Hills suffered a tough 8-0 loss.

“This season we have a young team and continue to be in the top division of field hockey in the state of Michigan,” head coach Andrea Shaner said. “We’ve agreed that each game this season isn’t necessarily about how it ends, but we did hit the goals that we set before our game started and we are growing as a team.”

The girls’ record now stands at 0-3 as they prepare themselves to take on Novi this upcoming Thursday.