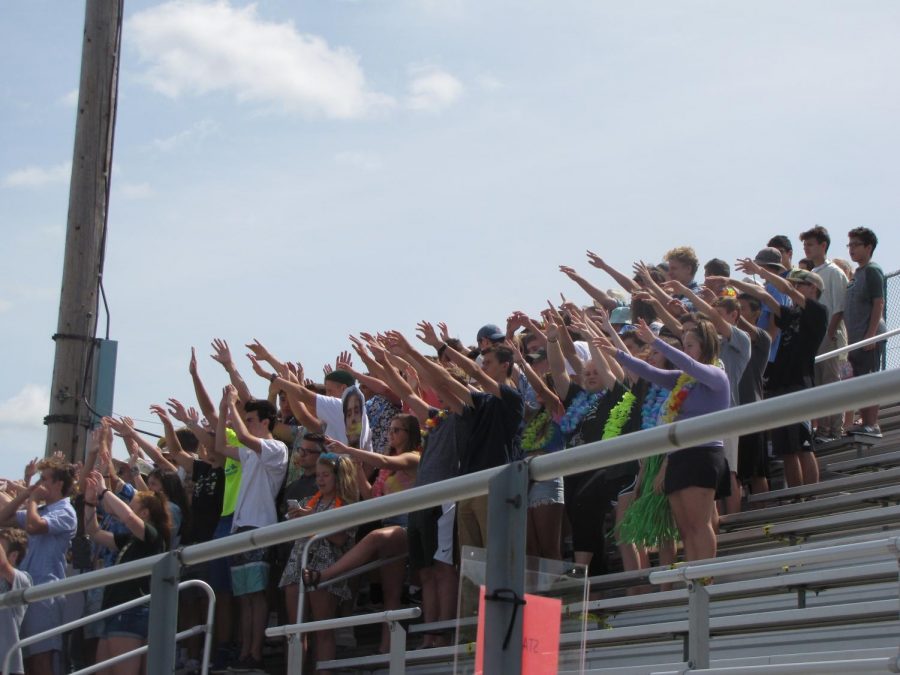 When students walked into the stadium for last Thursday’s football game, they were confronted with a major change: the student section was located on the complete opposite side of the home bleachers. As the football team completed their traditional sprint into the stadium through the gates on the left side of the field, the student section boomed with cheer from the right. However, students were discombobulated as they undertook cheering on the Rangers from the reverse side of the field.

Principal Steve Passinault credits the altering of the location of the student section to the highly-anticipated renovation of the stadium. Construction to upgrade the home bleachers, press box, concession stands, scoreboard, as well as construction to add locker rooms will commence following the conclusion of the 2019 football season.

“Beginning in the fall of 2020, we’re going to have a new stadium,” Passinault said. “The locker rooms for the home team are going to be under the bleachers on the [right] side of the bleachers. The team is going to be coming out of there, and so it just made sense to switch the student section over there for that year.”

Additionally, Passinault likes that the right side of the bleachers is also handicap accessible; he believes that as a school organization, it is necessary to have bleachers that can accommodate any student.

“It will be a little different,” Passinault said. “But, [in the new stadium] there will actually be an area that players will come out for games. It will make it more spirit-filled to have the student body right where the players are coming in and out of. And, we could talk about some potential traditions of maybe starting a tunnel with students and stuff like that.”

Passinault believes that any objection to switching the location of the student section is simply students being used to what has “always happened” at FHC.

“People get used to a certain way or just the way it always has been,” Passinault said. “It’s the same distance from the field; it’s the same yard line—just the other side. It really is not that much different except for the fact that it’s a change.”

“I’m more okay with it now,” Peter said. “I just felt like it was a tradition to always have [the student section] on the same side, and now it’s on the opposite end. It’s just going to take a little bit of getting used to. Most people aren’t really a fan of it. But more towards the middle of the season it will be okay, and everyone will get used to it.”

Senior Maizey Szczepanek, another student section leader, agreed that it is important to make sure that every single FHC student is able to be included in the student section.

“I’m a little concerned to ruin the tradition of the student section being where it was,” Maizey said. “But, I definitely think that it is good to include everyone—the more people the merrier in the student section. I think it’s good that the school will be able to come together and move together.”

To make the transition as smooth as possible for students, both Peter and Maizey agreed that they were going to encourage absolute student participation. Moreover, they also both agreed that the student section serves one overall purpose: to cheer on the football team.

“Us student section leaders have been talking all summer about some fun surprises we have for each of the football games,” Maizey said. “At the end of the day, it’s really about cheering on the boys on the field. We really hope that everyone is understanding, gets out, and gets rowdy for the games.”

Both Peter and Maizey have bittersweet feelings towards the renovation of the stadium occurring after their reign as student section leaders. However, they both acknowledge that their class is lucky to be able to experience certain things that past seniors did not and that each class seems to experience something different or better than the previous did.

As to final words to the Class of 2020 on the subject, Peter and Maizey both encourage mass spirit and leadership in supporting the various sports teams at FHC this school year.