Soul Searching by Bazzi left me searching for something more 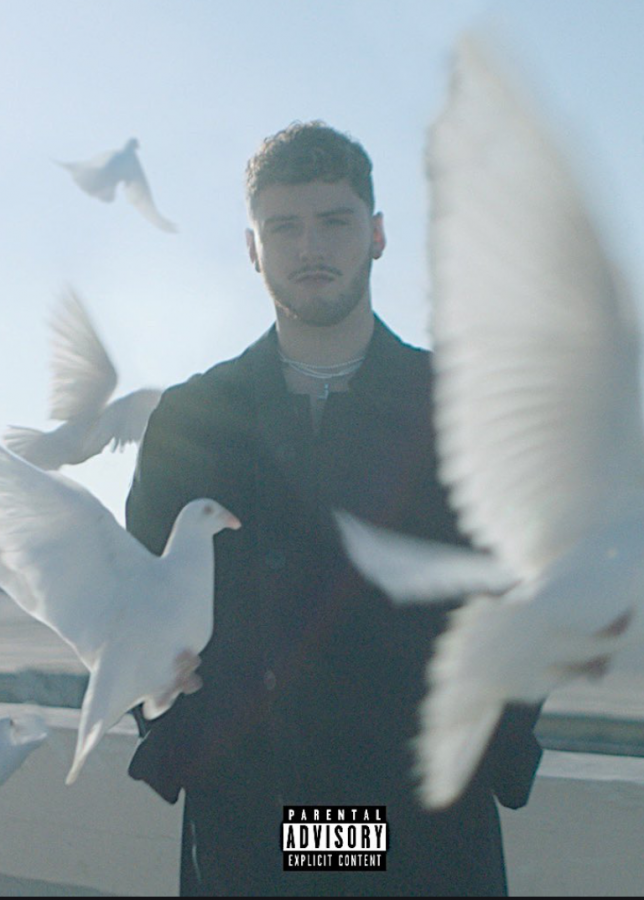 There is no better way to describe Bazzi’s new album Soul Searching than to take the words straight out of his mouth, or Twitter in this case: “a journey of love, pain, and growth.” While I love the destination, most of the eleven-track pop album was painfully and unimpressively regular.

The album starts with “Humble Beginnings” which I struggled to concentrate on upon first listen due to my surprise. “Humble Beginnings” sounds absolutely nothing like all of Bazzi’s past songs, including hits like “Mine” and “Beautiful.” While I received the chill beat I was expecting, there was no classic breezy tune. Instead, I was met with a typical, moody rap song. The message reminded me of “Congratulations” by Post Malone, however, with a more low-key vibe.

It’s not just the message, though. In many of his new songs, Bazzi sounds like a mix between Post Malone and The Weeknd. “Soul Searching” and “Fallin (feat. 6LACK)” are the most prominent examples of this. In Bazzi’s defense, it’s not a bad sound; but, it was quite common. Moreover, I was thoroughly distracted and confused by it. Where did the “old Bazzi” go?

Hiding in tracks three and nine, apparently. Titled “No Way!” and “Paradise,” these songs were more reminiscent of his album Cosmic. They featured the lighthearted and easy tune that is usually associated with Bazzi. I love the “old Bazzi,” but the  shallowness of the lyrics stuck out to me, especially because “Paradise” preceded “Conversations with Myself.”

“Conversations with Myself” is a heartbreaking confessional song with a gorgeous gospel aspect to it. The song features two raw and authentic monologues at each end of the song and a harmonious choir singing the singular chorus. It sounds as if Bazzi set up a camera and just started talking, started rambling. This vulnerability, this emotion, makes “Conversations with Myself” one of my favorites.

The song that follows, the eleventh and final track, called “Who Am I?” reflects something I’m sure everyone has felt at some point in their life. It’s calm like just after a storm passes, but the words are morose and dejected like a mental breakdown. It’s desperate and numb, distraught and detached all at once. It’s powerful and understated. It was the perfect end to an album that was mostly unnotable.

I say mostly unnotable because amongst the ordinary and almost repetitive music, there are a few songs worth noting. Although it sounds like NF’s songs, “Can We Go Back to Bed” definitely makes the list. He sets up for the song with drizzling rain before he begins to sing; Bazzi isn’t known for an incredible voice, but “Can We Go Back to Bed” shows off his range and what he can do with his voice.

“Live Forever” continues with the same laid-back feeling. In contrast, however, “Live Forever” has a catchy beat and a completely different message. Where “Can We Go Back to Bed” is sorrowful and a little wistful, “Live Forever” is more jubilant and merry. I want to crank this love song and watch the sun dip beneath the horizon.

But, my favorite song on the album might be track 7 “I.F.L.Y.”  It is the perfect mix of “old” and “new Bazzi.” Its a cheery love-struck song that makes me want to jump and dance. Though it might be the most explicit song on the album, it isn’t too vulgar; its romantic in the modern-day teenage way. The captivating melody will be stuck in your head for hours.