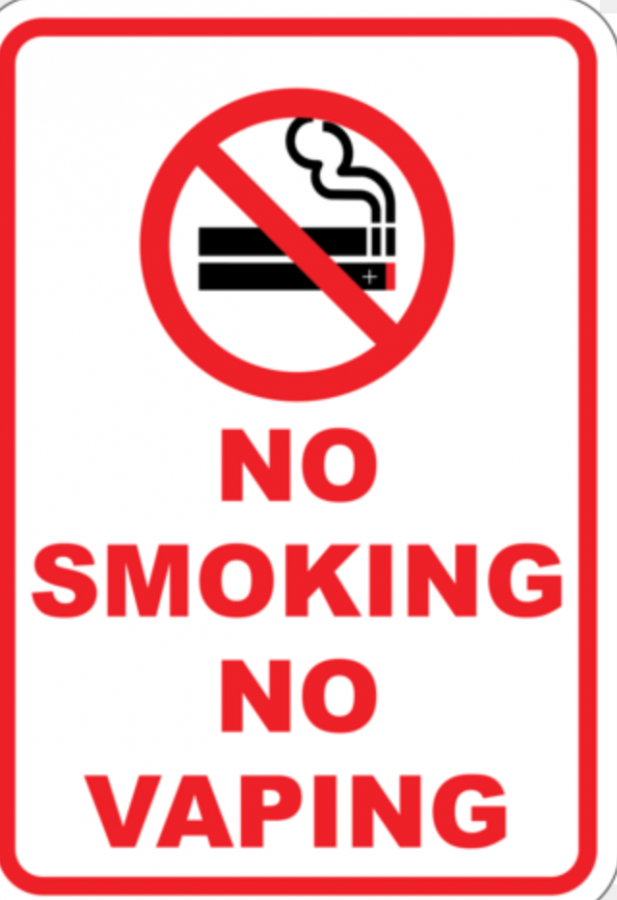 The epidemic that has picked up fire over the past few years has encountered the biggest obstacle ever thrown its way—as of today, the state of Michigan has officially placed a ban on the sales of flavored e-cigarettes.

It is widely known that vaping among teens has grown uncomfortably common in these past few years. Whether it was popularity, peer pressure, or simple curiosity, the want— the need—to vape has been driven into the minds of thousands of teens.

Clearly, the whole idea of an overwhelming number of teens putting an unknown, mysterious, and most definitely deleterious substance into their body is alarming. However, the obscurity of the whole concept of vaping isn’t enough to slow down the spread of the epidemic. Even with the high possibility of harm haunting the corner their minds, teenagers do not feel the need to stop vaping.

Another thing luring teens into using these dangerous products is the hundreds of flavors offered for each device. Whether it is Juul pods, vape juice, or some other fuel for vaping, there are multiple teenage-appetizing flavors aimed at drawing new people in and to keep them returning. Once teens get a taste of the flavor mixed with all of the different devices that exist, there is no reason for them to stop; the possibilities for vaping become endless.

However, things began to change as news of “mysterious” and “unknown” lung diseases began to break out and make the news headlines. Even more than that, the issue continued to establish its prominence as the news of teenage deaths caused by vaping was exposed to the public. The whole threat that vaping poses to the health of people was no longer a rumor; the problem had finally jumped to life.

Recently, the stories of nameless lung diseases caused by vaping have just multiplied and multiplied, and that was not something Governor Gretchen Whitmer was going to let slip by her— the issue is too important. Fearing for teens health, the governor immediately took action to ban the things that attract teens to vaping most.

Whitmer issued this emergency ban on the sale of flavored nicotine e-cigarette products in stores and online as well as placed a restriction on the vaping market by preventing companies from advertising vaping through lies which can portray the products as “harmless.”

The ban is in effect initially for six months; however, it can be renewed for another six months. Overall, Whitmer’s goal is to pursue Michigan lawmakers to eventually switch the ban to become a full-on law. In concerns for the business side of it all, each business has been allowed 30 days to comply.

The ban is a power move for sure; Whitmer was holding nothing back when she made this decision. However, with every powerful decision made comes controversy, and the controversy is going to explode out of this.

The general concern about the ban revolves around the adults that are using such vapes in order to try and quit smoking cigarettes. What about them? Well, maybe they can use this ban as a push too. Unfortunately, the supposedly “healthier” and “safer” vaping products that have integrated into society are not much better than real cigarettes. After all, they could even be worse considering the minimal known information about the whole epidemic itself.

As for the goal of the governor’s ban, I find it extremely respectable. Whitmer’s job is to protect public health, and if a root source of harm is presented to her basically on a silver platter, then taking action to remove the problem was exactly what she needed to do.

People need to stop before they rage against the ban and think about how much this truly could be helping our health. With one confirmed death from the mysterious lung disease caused by vaping and a possible second undergoing investigation, something had to be done. Teenagers were choosing their fate without seeing the reality of the danger vaping brings.

As Michigan now becomes the first state to completely ban flavored e-cigarettes, the reaction of the rest of the country awaits. What chaos will the ban cause? Who will act next?