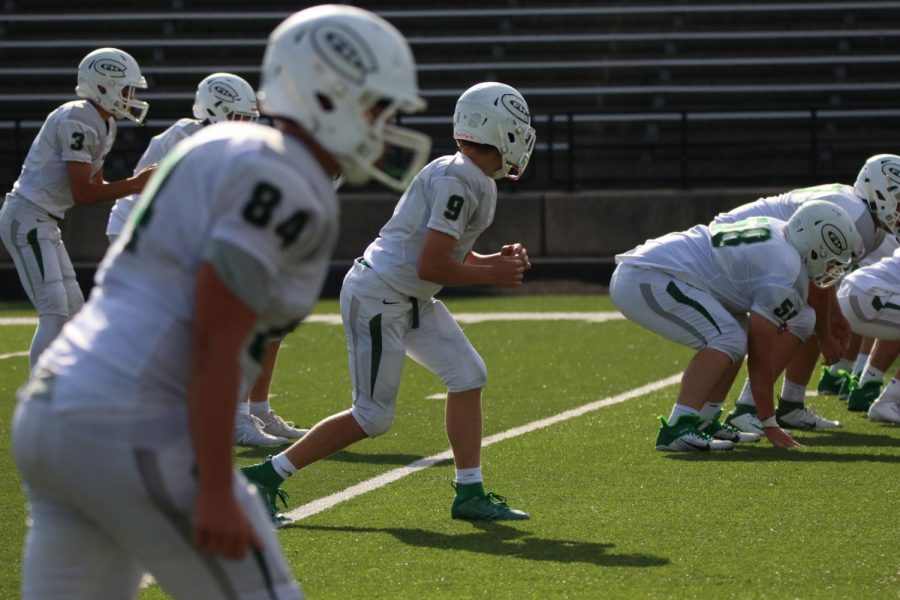 In a dominant performance, the Rangers beat the Panthers 19-0 at home, bringing their record to a perfect 2-0. This game was once again characterized by stellar defense and explosive offense as the Rangers continue to uphold a great record and a strong standard of play.

In the opening drive of the game, West Ottawa took possession and drove down to the 20. Going for the 4th down that, if successful, would give them a good window to score, the Panthers fumbled the ball. Owen Meyer scooped up the ball and flew down the field, scoring the first points of the game for the Rangers. The field goal missed, making the score 6-0. In the next drive, West Ottawa failed once again to score and ended their drive in a punt. After a strong defensive drive, the Rangers took the ball and began the drive around their 40-yard line. In the second play of the drive, the Rangers opted for a long pass. Rowan Clay received the beautiful 26-yard throw and ran the ball all the way to the Panther’s 1-yard line. Rowan then took the ball in the very next play and scored, running easily past the defense, concluding the first quarter with another missed field goal to make the score 12-0.

As the second quarter began, the Rangers stopped the Panthers in another stellar defensive performance. The Rangers received the punt and began a drive full of solid plays, such as a 12-yard pass to Sam Sneider that brought the Rangers within 20 yards. The Rangers continued to batter into West Ottawa and finished off the drive with a powerful run by Raymond Cargill and a made field goal by Owen Meyer. The first half concluded with the score 19-0.

The second half was characterized once again by strong defense all around. Both teams had each other locked down, with the score remaining 19-0 for the rest of the game. This is the second game that the Rangers have both shut down the other team and been held scoreless in the second half.

The conclusion of the game confirmed the Ranger’s 2-0 record. As the Rangers continue their season, they look to Grandville, who will be a tough challenge. Despite their 0-2 record, the Grandville Bulldogs are a tough team, bringing a challenging offensive strategy that focuses on tough, physical running plays. The Rangers look to extend their perfect record going into this game.