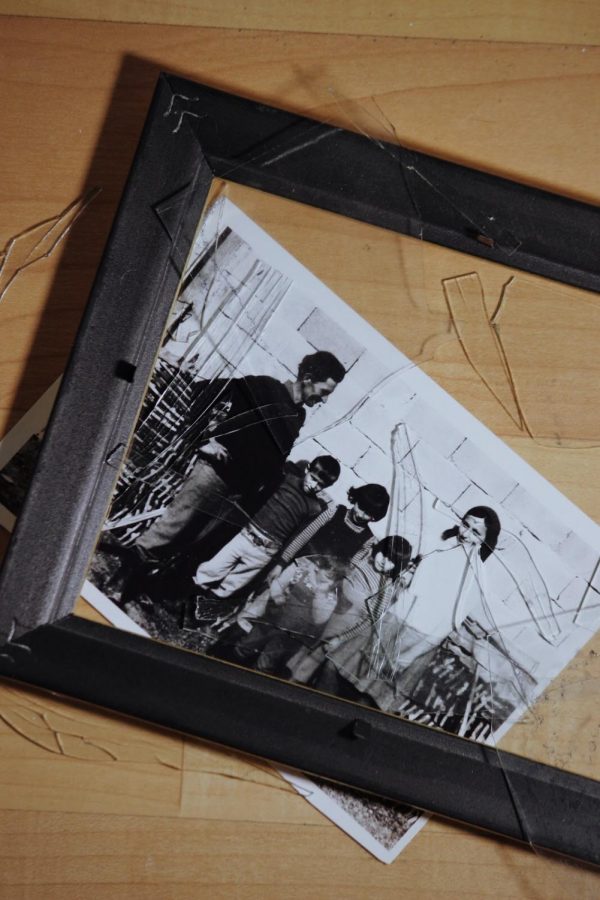 The sun will rise again

Circled around the graceless, worn table, delighted faces all stared towards me, waiting for the flames of the two candles to extinguish. My eyes settled on the wax candles—a one and a zero entombed in the frosting. I knew I had to make a perfect wish; reaching double digits is a big deal.

I finally shut my eyes and exhaled. I looked up, eager to hear the stream of clapping. My bantam feet bounced up and down as my joy revealed itself through my seemingly limitless smile.

My father tousled my hair while handing me a corner piece of the cake—the best part—and my sisters objected, scrambling over each other, wanting one as well. Everything in the room glimmered. Everything, even my parents, radiated with a comforting warmth that was accompanied by an endless emission of laughter and pleasant conversation.

After only a few bites, I felt a tap on my shoulder.

“You’re it!” Jakov bubbled, continuing to giggle as he ran around the corner. He always messed with me like this, but I didn’t blame him because that’s what best friends do.

“Not fair! I’m eating,” I exclaimed, but I stood up and followed him, anyway. I strategically headed the opposite way, hoping to catch him, and while I ran, not a single thought went through my mind. I simply continued forward, accompanied solely by my bliss and the wind that blew past my moving body.

The brisk wind did not hesitate to collide with my frail, bitter body. And its accomplice, the downpour of rain, numbed my exposed skin. As my feet surged through the gravel, racing forward behind Jakov, a flood of thoughts tormented my mind.

In the darkness of the night, all of my surroundings blurred together in a disarray of obscure, bleak buildings and cluttered streets. I didn’t recognize any of it, yet I couldn’t be too sure because the chaos displaced any rationale that had lingered after the explosion.

In the thick haze, I clutched Jakov’s wrist, and in doing so, we stumbled through the narrow street, suddenly coming to a halt. Although I was panting at that point, barely able to breathe, I divulged my thoughts.

“We need to find a place to hide. We can’t continue running forever.”

“What if the militia finds us?” Jakov quavered, scanning the surrounding area. “I swear, none of those men have any remorse.” His eyes pleaded as if beseeching God for some sort of salvation, any paradigm of safety. It surprised me; I don’t think I’ve seen him so unsure.

“And you’re saying they won’t find us this way? It might be better to stay in one place until they move on to the next targeted city.”

“Or, you know, it might just be better to get out of here,” he said, shaking his head. “Who knows if they’ll even leave? Right now, nothing is certain, don’t you know? Don’t you understand?”

I sighed, fearful that nothing I could say would change his mind.

Before another sentence escaped my mouth, prepared to deflect his sapless argument, he dove to the ground. At first, I was almost unable to see him in the dim lighting, so I just flinched and squinted in the darkness, trying to understand why he hugged the defiled floor.

“Get on the ground,” Jakov hushed through clenched teeth.

“What?” I could barely hear him. Then, I heard a bullet strike the wall behind me. And he wanted to stay out in this? Does he have a death wish? Another one collided with the ground between the two of us. I awkwardly collapsed to the floor beside Jakov, and we stared at each other in silence.

“It’s a sniper from on top of a building,” he mouthed the words while pointing above us.

My mind fell into the depths of incomprehensibility. What does one do in this situation? How does one handle death plummeting down on him?

I held my breath, fearful the bullets were living predators that could sense their prey: the innocuous beating of my heart. I feared my heart was too loud, that it would expose my existence, and I criticized it for continuing to unapologetically beat. With each pump, my heart ached while I watched all that was good around me cry out in pain. With each pump, I grieved for those who had no mercy.

For a moment, I thought that maybe, above this drizzle of bitterness, peace might exist. Why should I engage in something so inhumane? Give in. Just let go. Leave this chaos.

But when my eyes settled on Jakov, I thanked God for reminding me why I needed to live.

“We have to get out of here. We have to leave,” I lamented.

Before I even received a response from Jakov, I stood up, praying a bullet wouldn’t hit me, as I grasped onto his arm, trying to pull him off of the ground. I tugged on his feeble body, but he didn’t rise up immediately. I impatiently tugged his arm harder, and when he finally stumbled onto his feet, each step he took looked like a newborn horse trying to walk—graceless and inept.

He couldn’t do it.

No, I thought. This cannot be happening. I won’t let this happen.

The dusk made it difficult to see his face, but I tried to catch his attention. Eventually, we stood close enough so that I could distinguish his basic facial features, as well as a subtle stream of tears descending down his face.

“I think,” Jakov said, and then he paused, taking a breath. “I think I’m bleeding.”

I wanted to say something, but there were no words that could possibly epitomize my grief at that moment. I must’ve looked utterly foolish standing there, mouth open, gawking at my crippled friend. Disbelief devastated my soul.

I slung his arm around my shoulder and headed down the barren sidewalk, hobbling toward an intersection of two sidewalks about five meters away. But, he couldn’t move more than a few centimeters, and I wasn’t strong enough to haul his body that far.

“But—” He stared at me, obviously exhausted. At that point, the sniper abandoned his wicked game, leaving the streets empty with a haunting stillness that accompanied our heavy breathing, as well as our heavy hearts. “Okay, yeah, whatever you need right now.”

“Who would’ve thought we’d end up here?” Jakov said, letting out a small chuckle to my surprise.

I ignored him, attempting to rip the sleeve off of my jacket.

“Put pressure on the wound, and I’ll wrap it in just a minute,” I instructed. But he didn’t move. I think we both knew it would only push off the inevitable.

To appease my own conscience, I wrapped his leg with my jacket, anyway, but blood eagerly escaped the wound, flooding his pants and my poor attempt of a tourniquet. I tried but quickly admitted defeat and sulked beside him, hugging my knees.

Head in my hands, I sighed and reached for his hand. “I’m sorry.”

“Come on, did you shoot me? Stop acting like this.” He proceeded to let go of my hand. “All I ask is that when you find my family, tell them that I tried my best.”

He gave no response. Only silence filled the space between us.

Soon, I confronted Jakov, and he ran with his head looking over his shoulder, awaiting me. With his lack of sight and my poor sense of direction, our bodies collided, and we fell to the ground, sprawled in a fit of laughter.

“This is the best birthday,” I giggled.

“No, it’s not! You tagged me,” Jakov replied, laughing.

“Oh, whatever.” But for a moment, neither of us stood up, rather, we both lied on the floor until our laughter died down.

“Do you think we’ll be friends forever?” Jakov inquired.

“That’s a stupid question. Of course, we will.” I replied, smiling. “I pinky promise.”

A few seconds passed, but as I went to answer, I looked over at Jakov. He had let go. His head fell to the side, resting awkwardly on his shoulder, and his eyes that were once profuse with life, gazed forward—devoid of any light.

Through my blurred vision, I pulled out the crucifix that still miraculously remained in my pocket, gently setting it on Jakov’s chest. Onto the wall above his head, with a broken piece of charcoal found among the rubble, I carved 1970-1992.

I knew he deserved a proper resting place, and it pained me that this was the best I could do.

I took a deep breath and looked up. From afar, the sun peeked over the horizon; golden rays stretched into the open, pale blue sky. I don’t think I’ve ever seen such a warm array of colors painted in front of me, such a beautiful composure melted together. And it seemed infinite, its beauty, as it illuminated each crevice of the land.

I unapologetically wept. I wept because of the cruelty that overwhelmed me and because of the sincere beauty that encircled my sight. I wept, and I couldn’t stop.

That’s when I knew that yes, there is something worse than death—the willful disregard of life while our breath continues.”

That’s when I knew that yes, there is something worse than death—the willful disregard of life while our breath continues. To voluntarily forgo this inexplicable marvel of life, this oddity of a gift, is far worse than having it stolen when the time comes. To reject hope, elicits immediate death, an immediate death not of the body, but of the soul, of the human spirit.

I continued forward, knowing, in my heart, the sun will rise again.