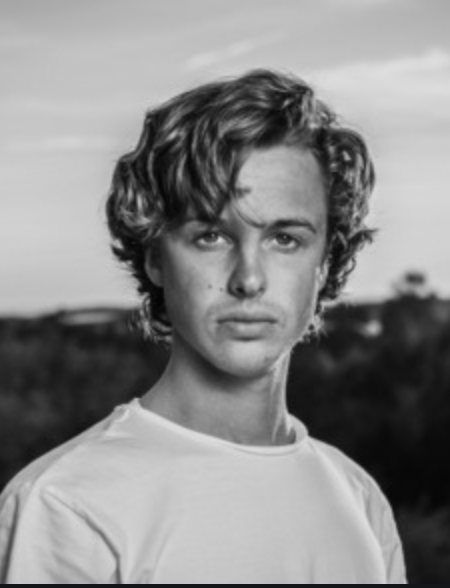 I always discover all my favorite artists by coincidence.

A couple of months ago, I heard a song called “Ending.” The man’s voice was enchanting; somehow, he managed to tell a story without even saying what happened. His lyrics enveloped me, and I was lost to the emotion in his words complemented by the harmonious piano chords.

I’m still not sure why I didn’t begin to hunt for the artist after that. Maybe his vulnerability tore me too deeply. Maybe he conveyed the heaviness he felt too well and I couldn’t handle it. Maybe I knew that I would hear his devastating voice again.

Sure enough, I did a couple of days later while casually surfing Instagram. As the song “Backing Down” played, I was transfixed. From his very first quivering word, I knew it was it him, the man who moved me so intensely. His breathy voice turned from distraught to detached and back in the way only true pain could do. Over and over, this guy exposes his deepest feelings to the world—a feat not to be overlooked. Maybe that is why I couldn’t ignore him, why I had to find him.

The more of his songs I listened to, the more I loved him. No matter what he sings, Danielson is extremely gifted at making his listeners feel things, the kind of things you didn’t know music could make you feel. Take “Always” from his freshman album Yours for an example. I’ve never heard anything that makes me so exuberant and happily teary-eyed. While he can channel angst and heartbreak like an expert, “Always” proves he can do the opposite just as well.

After falling into an obsession with Yours, I was almost scared to listen to his newest EP Run To You. Thank goodness Danielson didn’t disappoint— I’m not sure I could cope with that overwhelming sadness.

Run to You opens with “Power,” a grand and ominous song. In a Hozier-like fashion, Danielson belts his words with a gospel-like chorus in the background. While it starts small, subtle, and soft, Danielson grows and shows the true strength of his voice. It’s hollow and resonate; I’ve never heard anything from him quite like it. I suppose it would make sense that Danielson sounds the most powerful in “Power” than in his other songs.

And, it could not be more different from the second track on the EP, “The First Time.”  While it continues with the choral background singers, “The First Time” is fluffy and light. In this song, Danielson expresses common nostalgia in the beautiful, uncommon way. He manages to match his sorrowful reminiscing with upbeat, wistful music. I can’t help but smile a little when his melody picks up; it fills you up.

As I listened to “Playing Love,” the third track, I felt full in a completely different way. I felt the tide washing in and out. I was pulled in to the relaxing roll of the song despite the cutting words, words that had me releasing waves of tears. As Danielson sings about toxic, phony love, he executes elegant— delicate really— runs that show off the full range of his voice. These runs are emphasized by the dramatic, crashing music.

The music in “Bleed Out” is just as dramatic, making the song feel very profound. This ballad is the epitome of brokeness. As he sang, “is it time to say your missing someone else?” my heart inside my chest cracked and crumbled. Danielson’s strong voice took on a new softer edge in this song. However strongly he sang, he matched it with equal parts trembling and cautious. Everything felt very balanced, even the strength of his voice versus the strength of the music.

The acoustic version of this song also featured on this track maintained this, though it was moving. I could definitely still belt it out— off-key of course— to the acoustic version, but I wouldn’t have that satisfying tear-stained wailing experience.

The final song on Danielson’s EP is “Run to You (feat. Ane Brun),” the song the EP is titled after. Frankly, I was quite surprised that he named his EP after this song. It sounded nothing like his other music, and to be honest, it is my least favorite track on the EP. Although I loved the cheery lyrics with the soft guitar, it doesn’t feel like Danielson. Yes, his voice goes along wonderfully, but I am not so sure about Ane Brun. Together, they dip and flutter exquisitely. Yet alone, I didn’t enjoy Ane Brun’s shaky voice.

All in all, Danielson gave me six lovely new songs to play on repeat. The texture created by his voice and emotion mixed with the background music make him one of my favorite artists. Hopefully, Run to You will lead to a full album before I tire of this EP, although I’m not sure I will ever get sick of these captivating melodies.