It Chapter Two delights, not frights 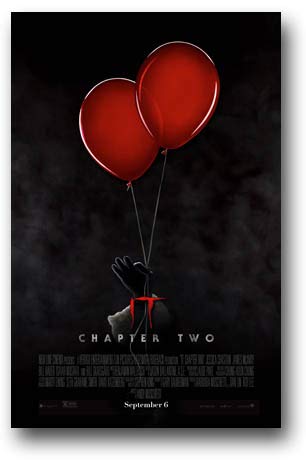 With a monstrous tome of over 1100 pages as source material, a part one installment that was the most commercially successful horror movie of all time, and loyal fans of both, it suffices to say It Chapter Two has a lot riding on it.

And, for the most part, it delivered pretty well in the areas it was expected to.

For those who either didn’t see the 2017 part one (go watch it!) or those who’ve forgotten in the past two years, allow me to enlighten you: In 1989 a group of seven thirteen-year-old outcasts fought the demonic, shapeshifting, embodiment of all evil clown named Pennywise (Bill Skarsgard).

Along with vanquishing the monster, the seven, who label themselves “the losers club,” learn that Pennywise doesn’t die the way your normal, everyday monsters do. Instead, It merely hibernates for twenty-seven years, like the world’s most terrifying cicadas. So, the losers vow that in twenty-seven years they will also return to their hometown of Derry, Maine to fight It again.

The second movie picks up in 2016, twenty-seven years later. Of the seven, Mike Hanlon (Isaiah Mustafa) is the only to remain in Derry. Also worth mentioning, he is the only one who remembers It, the losers club, and the events that happened in the summer of ‘89.

Consequently, it befalls upon Mike to call the remaining six once he spots the early signs of Its awakening. All of them are just under forty and scattered to different places around the world.

The leader of the pack, Bill Denbrough (James McAvoy), is a successful horror book author, à la Stephen King. Loudmouth Richie Tozier (Bill Hader) is now a stand-up comedian in LA. Hypochondriac Eddie Kaspbrak works as a risk analyst in NYC. Previously chubby, now ridiculously buff Ben Hanscom (Jay Ryan) is a well off architect. The only female member of the group, Beverly Marsh (Jessica Chastain,) is a fashion designer who suffers from domestic abuse. And rounding out the group is white-collar run of the mill salesman Stan Uris (Andy Bean.) Everyone flocks back home and a mix of humor, nostalgia, and a little bit of fear ensues. 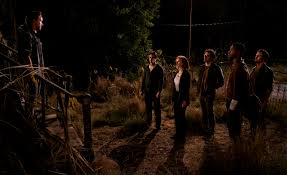 The scenes that include the entire group are easily the most entertaining. The loser’s banter is a remnant of the first film and their combined screen time is when the audience is most attentive.

From a pure entertainment standpoint, the film is fantastic. It’s a great call back to the first installment with recurring jokes and many shots directly apropos to one in chapter one. It definitely felt like a continuation.

Additionally, the acting was a phenomenal surprise. Veterans to the business, like Chastain and McAvoy, were graceful and skilled and played their respective roles beautifully. Ransome’s Eddie was so pitch-perfect as well. I hadn’t heard of him prior to the casting announcement from this film but his expressive face and convincing demeanor were as good as his big-named costars.

However, the MVP has to be Hader. The only work of his I was familiar with was SNL, so I was expecting a purely comedic performance. And don’t misunderstand me, it was terrifically funny. What I wasn’t anticipating was the depth and emotional grounding of his character as well as the levity.  His Richie was the most dimensional character and an absolute scene-stealer.

One of the biggest failures of the movie was the pacing. Around the midsection of the movie, there is a plot point that requires each member of the group to head out on their own journey of self-discovery. This puts an intense pause on the narrative flow, halting the entire plot until each character gets their own solo time. In a movie nearly three hours long, it feels repetitive and tiring.

Additionally, It Chapter Two suffers from genre confusion. The first film is a horror film and a coming of age movie. The second is marketed as horror too, but it’s far from it. It’s a comedy, an action movie, and a commentary about dealing with childhood trauma, but it’s not a horror film. There are a few scenes, particularly those involving Pennywise and civilians other than the losers club, that are scary, downright chilling even, but I wouldn’t qualify the film itself in the horror genre.

Those aside, the film was highly enjoyable. For fans of the first film and the book, it’s a gratifying payoff. One can expect to feel many emotions, just don’t anticipate fear being one in the forefront.