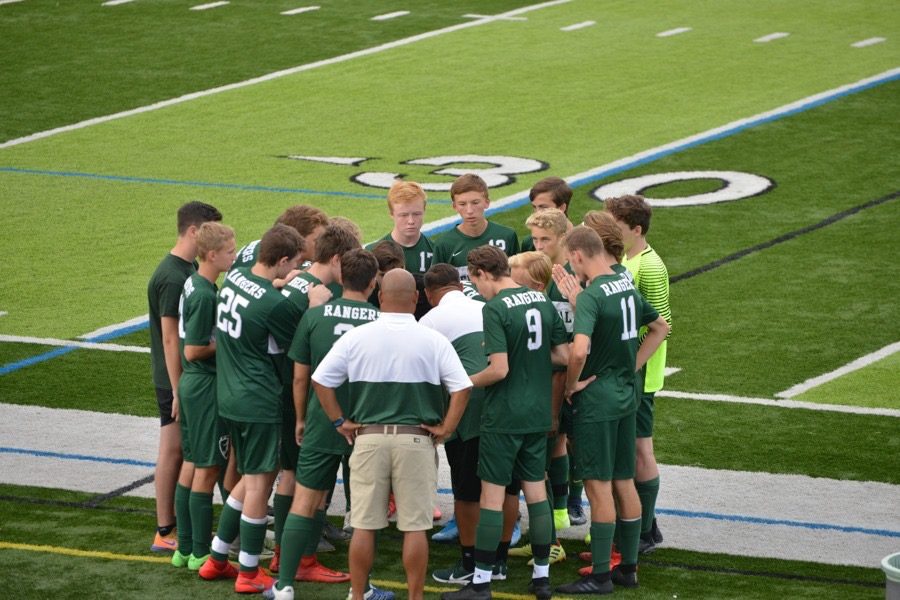 In a rematch of last year’s battle of the district semifinals, the boys varsity soccer team hoped to extract revenge on the Caledonia Fighting Scots. Although the game ended in a tie 0-0, the Rangers did a great job in controlling the momentum for most of the game against a very good team. The defensive duo of senior Ethan Hale and junior Matthew Mahoney did a great job of limiting the many crosses that the Scots gave them and held strong throughout the entirety of the game.

FHC’s defense came out with lots of energy at the start, and they needed every bit of that. Caledonia was loaded with offensive firepower, led by Davenport commit Kidd Avery and highly-rated prospect O’Lee Olsen. Matthew and Ethan did their part in stepping in front of the attacking players and putting them in a position they hadn’t been in all year. Senior midfielders Dani Ahmetovic and JT Guntern did a very good job of shutting down the speedy Caledonia forwards.

What was really good to see from FHC in the first half was how the team was winning more 50/50 balls. The Rangers has struggled with that aspect of the game early in the season, so it will give them a lot more offensive opportunities now that they can win these. Per usual, senior Sammy Postlewait had many offensive opportunities at the net and was the main offensive threat. Even when the Scots got some momentum going, the Rangers were still solid on both sides of the ball and continuing to make plays. FHC and Caledonia went into the half all knotted up at 0.

The Scots came out very hot in the second half, gaining most of the possessions in the opening minutes. The two teams went back and forth and both teams had very good chances throughout the second half. Senior goalie Kyler Williams made some big saves late in the game to keep Cal from taking the lead and crushing the Rangers momentum. Both defenses finished strong and the game ended in a 0-0 tie.

This tie puts FHC’s overall record at 2-3-3 on the season and still being 2-2-1 in the OK White Conference race. The Rangers now shift their attention to the arch-rival and 7-0-1 Forest Hills Northern Huskies. FHC will need to play a flawless game on both sides of the ball in order to come out victorious in this rivalry showdown.