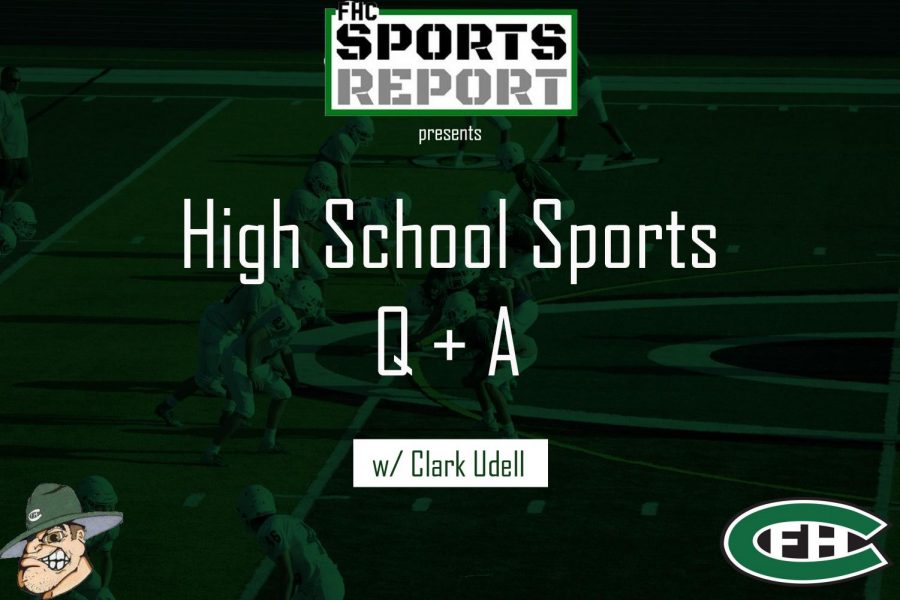 High school athletics are one of the main aspects of many students high school life; whether it be participating in a sporting event, watching one, or writing about that team. However, with every season comes a time when positions on the FHC coaching staff open up. The resigning of high school coaches over these past few years has been a growing issue, and it is a problem that keeps on occurring, not just at FHC, but also around the district. FHC’s Athletic Director, Clark Udell, puts all of his time and effort into ensuring that the Rangers’ athletic program stands out from the rest, and with an entire family having gone through FHC, he has an unmatched passion to do so.

What do you think are the causes for a few of the coaches resignations, and why is it such a struggle to keep coaches around for long periods of time?

“In high school sports, it is pretty normal to always have at least one, if not a few coaching openings.  With so many coaches and so many young coaches, turnover happens all the time. People take different jobs and can’t coach anymore, people start families, or families get older and coaches want to coach their own kids.”

What are some of the difficulties that high school coaches have to face on the daily?

“The biggest challenge for high school coaches, especially the majority who aren’t teachers, is the schedule.  Trying to balance a non-school schedule with a school activity can be difficult. For example, it is hard for non-teacher coaches to practice after school.”

What is being done to fill these positions?

“We post openings and try to spread the word but honestly, there is a shortage of candidates for all high school coaching positions around the area.  Every athletic director is facing the challenge of getting quality applicants for open coaching positions.”

As a former coach like yourself, what do you personally think are the greatest rewards of being involved in high school athletics and coaching?

“I believe the greatest reward of being a high school coach is the long term relationships you build with your athletes.  Coaching rewards are long term. They really happen after you have coached for a long time, and when former athletes come back or stay in touch. They start to have families and begin coaching their kids, and you can look back and see the difference their athletic experience has had on who they are at age 30 or 40.  That is where the real reward becomes real.”

What kind of pressure do you as an athletic director face when it comes to picking the best possible candidates for each spot on the coaching staff?

“Picking the right coach is very important. The hardest part is trying to determine if a candidate has the right personality, the right perspective, and the right character to be a high school coach. Coaches can have a big impact on athletes, and we want to find the best individuals to coach our athletes at FHC.”

What does the Ranger athletic program mean to you?

“FHC athletics means a lot to me. I was an FHC athlete, I was a coach at FHC, and my kids were athletes at FHC. My wife coaches at FHC. I have never wanted to be involved in any other high school athletic program. I know first hand how impactful the FHC athletic community can be, and what a positive experience it can be.  I take great pride in being a Ranger, and want the best experience for every one of our athletes.”

Why do you believe that the job of a high school coach can leave such a lasting impact on one’s life?

“High school coaches can have such a great impact on athletes. In athletics, athletes are asked to make a big commitment in time, energy, and passion to a team. To overcome adversity, to work towards a goal, to be unselfish, and so much more. When so much is asked of an athlete, it is just natural that the coach, the one who is setting the expectation, has an influence on the athlete’s life.”

If you were trying to convince someone to fill a high school coaching staff position, what would be some words of wisdom or positivity that you would give to them?

“I wouldn’t try to convince anyone who doesn’t want to be a high school coach to be a coach.  It is too important of a position to convince someone to do. However, if I felt like someone would be a good coach and they don’t see it, I would try to point out the characteristics that they have which would make them a good fit for the position.  These folks are those who put the value of the athlete before the outcome of the competition, those that have a healthy perspective of competition, and those that realize the difference that being an athlete has made in their life and want to give current high school athletes the same positive experience they had.”