Kelsey Toole discovers the positive side to an unfortunate injury 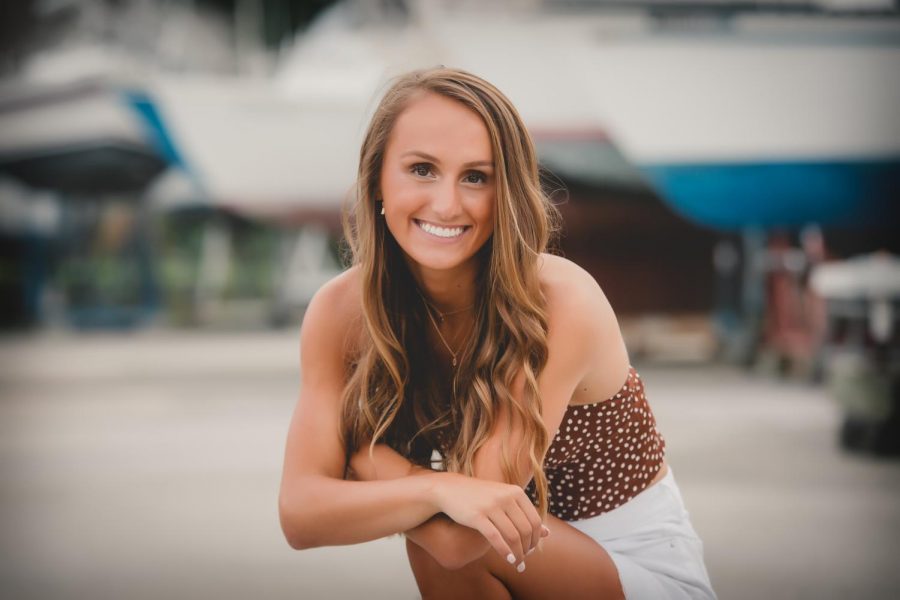 Up until the spring of this year, sports had basically filled each season of senior Kelsey Toole’s life. It wasn’t until she was faced with a detrimental injury that she was forced to rethink the way that sports had shaped her life.

“Ever since I was little, I remember myself playing soccer, doing things outside with my sister, playing basketball, volleyball, all of the above,” Kelsey said. “Sports have just always been there to keep me in check.”

For someone who has always been involved in sports, a major injury is a major game-changer. And during a high school soccer game on the South Christian field, Kelsey’s worst nightmare came true—she tore her PCL.

“I just remember running full speed towards the goal, my mindset one-hundred percent focused on scoring,” Kelsey said. “But all of the sudden, I collided with the goalie and someone behind me came full speed into me. I knew something was wrong as soon as it happened.”

After being rushed to the hospital, wrapped up, and then taken to get an MRI, Kelsey was told that she had torn her PCL and would not be able to finish off the high school season. From that moment, she knew she had a long journey ahead of her.

Along with the journey came physical therapy. For the last few months, Kelsey has been going to physical therapy three times a week trying to gain back the strength to stabilize her knee.

“Physical therapy is making my leg much stronger,” Kelsey said. “It can be a lot at times, but I always have the motivation of getting better faster to push me.”

Unfortunately, after the first few months of PT, it was discovered that her PCL was not healing on its own. The focus of her rehab was now focused on preparing her leg for surgery, and that surgery meant Kelsey would not be able to play club soccer this fall.

“The hardest part of the whole thing was probably just missing out on soccer,” Kelsey said. “I wasn’t able to play in the high school playoffs and I later found out I couldn’t play my final year of club soccer.”

It wasn’t all downhill for Kelsey, though. Once she had come to terms with her injury, things started to become more bearable. Ironically enough, her sister–junior Rachel Toole–tore her ACL around the same time, so the two had each other to relate to throughout their injuries.

Along with her sister, Kelsey also had a very stable support system that helped her throughout the injury and still continue to do so.

With her support system backing her up, Kelsey was able to begin looking at the positives she could take from this tremendous obstacle that had been thrown her way.

“I think [the injury] changed how I look at things,” Kelsey said. “I learned to not take simple things like playing soccer for granted, and that everything happens for a reason. Most importantly, I learned that in the end, everything will be alright.”

While she continues to persistently work at getting better, she has to consider the daunting thought of returning to sports. As someone who has always been involved in athletics, Kelsey, of course, is eager to return to the field, but that doesn’t mean she isn’t fearful of that return.

“I am honestly scared to get back into sports,” Kelsey said. “I have not run or played sports in basically four months, which means my body is not as strong as it used to be. This means that I won’t be as strong of a player as I used to be and there is always the possibility of re-injuring [my PCL].

However scared she may be, Kelsey will return to the field and work to get back to the athlete she once was. Her passion for sports is strong enough to overcome even the toughest obstacles, and she will be leaving the whole process as a stronger person.

Kelsey still continues on her journey to recovery, but everything is finally looking up for her.

“Anything can be taken from you at any second,” Kelsey said. “Take nothing for granted, appreciate the little things. Things may seem tough in the moment, but there is always going to be an upside.”