The Central Trend • May 19, 2016 • https://thecentraltrend.com/6865/showcase/fhc-film-festival-provides-unique-viewing-experience/ 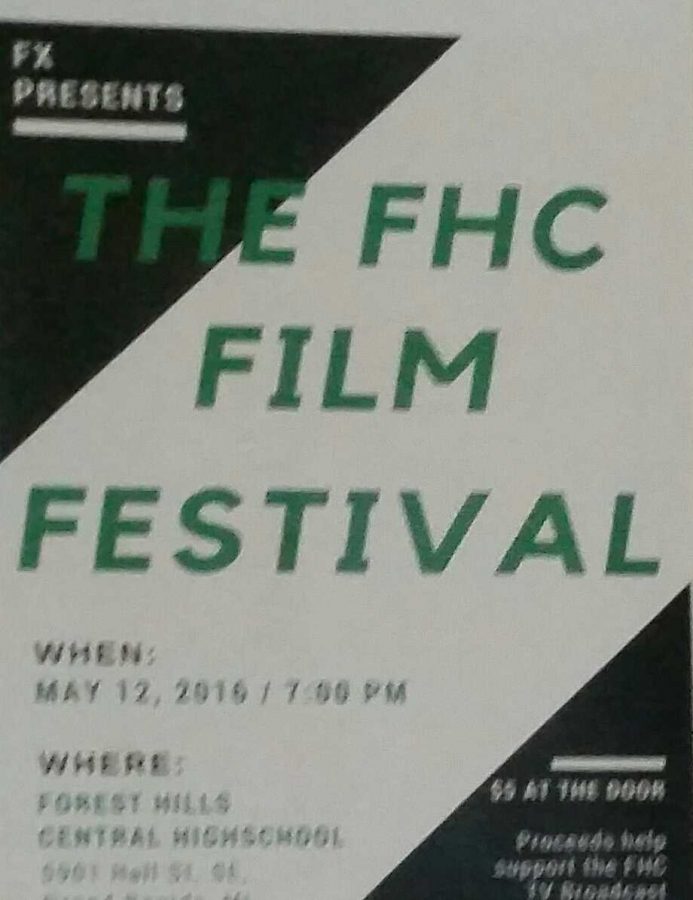 On Thursday night, May 12, the TV broadcasting class at FHC filled five different classrooms with 19 different student-made films. Known as the annual FHC Film Festival, this event brought the student body an opportunity to view the final projects produced by film students at FHC.

“The TV broadcast kids make videos all year,” TV broadcast teacher Jeff Manders said, “A lot of them are about things going on at school, or are even little things like comedy skits… Film fest allows them to do longer format, six to ten minute stories. They’re like little short films, and with the content they can also be a little more creative.”

Submissions for the Film Festival could only be made by TV broadcasting students, and were limited to “school appropriate” content only, but other than that, pretty much any genres or expressible stories were made possible with the event.

“[Films] can branch more into developing characters and storylines with 10 minutes as opposed to a two minute story on FX,” said Manders. “The [films] that really stick out are the ones that are able to develop these characters enough that the audience starts to connect to them, and the storyline develops enough that the audience gets sucked into it.”

Sam Morse, FHC senior and producer of the film “Fish,” also views the festival as appealing to the audience through unique interaction. According to him, the medium of the festival allows for an unrivaled experience for the viewers themselves.

“At Forest Hills Central, with a lot of the performances you come to see, whether they be the choir, basketball team, or something like the play or musical, you watch while sitting down and enjoy a live performance of something being done right in front of you,” Morse said. “But at the film fest, it’s this different medium in which you can watch what students have created over time, rather than what they are creating in front of you. Everybody there gets to sit back and watch all of these creations, made by friends and fellow students.”

FHC junior and co-producer of the film “Freedom,” Ben Hatley, also views the positivity of showing film creations to a wide audience. According to him, the film festival “gives the students in FX an opportunity to showcase their best work to more than just other students.”

Also appealing was the format in which the movies were shown during the festival. Five different classrooms cycled through four different films each every 15 minutes for a two hour period, starting over halfway through. This gave students a chance to watch eight out of all 19 films throughout the night, and let them choose which films to watch. This allowed for a fun environment which, according to Manders, makes people “sort of bounce around between locations matching different films.”

“Film fest is the best way to get a full, true short film idea up and in front of a couple dozen or even a hundred people in one night,” Morse said. “It’s just an opportunity to get all these ideas for true, thorough videos. It’s just an excellent gift to express yourself creatively.”