JV Volleyball goes 2-0 at the Battle of the Hills 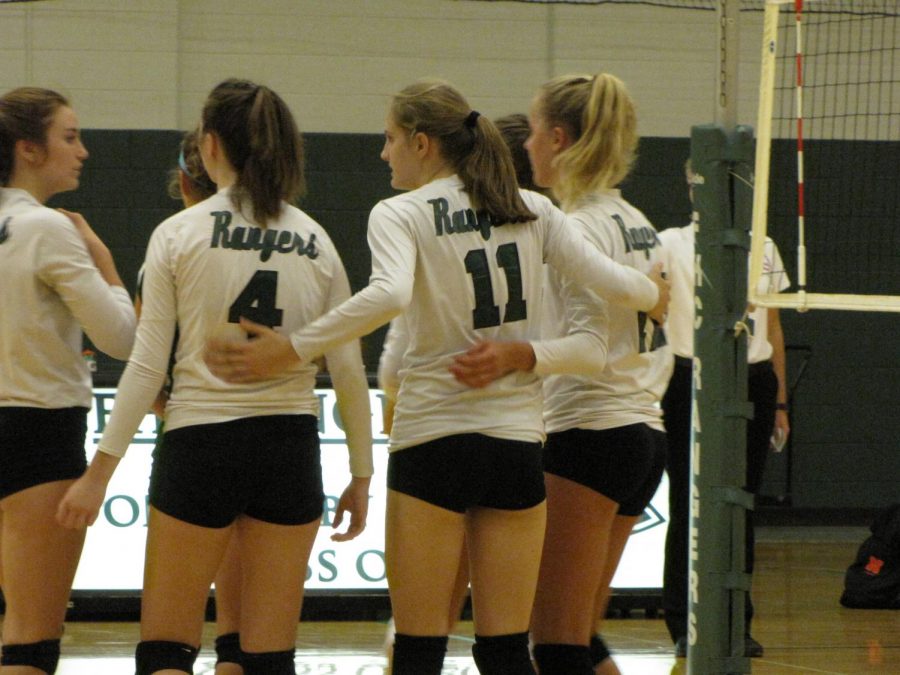 Last night the JV Volleyball team competed in the Battle of the Hills on their home turf. They faced Forest Hills Northern and Forest Hills Eastern, winning both games. The team was very excited to play in this annual event, and with their hard work, they were able to go 2-0. They ran a quick and precise offense, securing the top spot in the event.

First, they faced Forest Hills Northern, the girls won the first match by a good margin of 25-16. The second match was a bit closer, but the girls won again 26-24. Sophomore Julia Carlson stepped up as a leader for the team’s offense in these games. She made sure to communicate well to her wing blockers to make sure they were ready to be in the correct positions. Julia also made sure to call her set for the setters so all of the players could work well with one another.

They played Forest Hills Eastern next, with another two wins. They won the first match 25-16 again, and they won the second match 25-18. During this game, freshman Averie Zaschek and sophomore Sammie Wing lead their offense. They both were aggressive and communicated directions and plays. With this teamwork, the girls were able to easily win both matches.

The team did very well last night making sure their offense was on their game as well as their defense. The next event for them is the Hudsonville JV Invite on Saturday, September 14th at 8:00 AM.