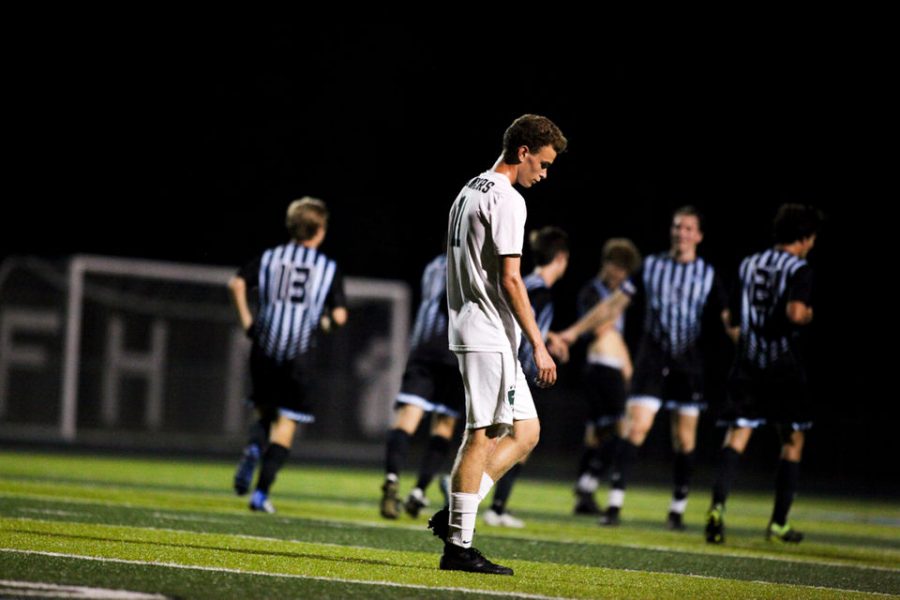 A late own goal from a corner kick capped off an excellent first half by the Rangers, and the team thought the momentum could carry over into the second half. Unfortunately, a very good Forest Hills Northern team scored 3 goals in the second half to put the game away and hand FHC a loss 4-1. Despite the loss, the offensive opportunities were there for the Rangers. Senior Sammy Postlewait did a great job of getting a penalty kick, free kick, and breakaway opportunities to give the FHC some offensive production. If the Rangers can keep getting opportunities on offense like they did Tuesday night, it will only help them down the road.

FHC’s defense came out hot right out of the gate. Junior Mason Corcoran did a great job not just in the first half, but throughout the game of clearing balls from a feisty FHN offense. Senior Ethan Hale also did an excellent job of keeping the Huskies from getting any shots on goal early on in the contest. But as time went on, FHN became more comfortable on offense and slowly started to get more shots up. Just a couple of minutes after a Ranger free kick that narrowly went wide, the Huskies scored to put the first goal on the board 1-0.

From that moment on, the Huskies started to control the majority of the possessions and were entering the Ranger half at will. In spite of the countless Husky opportunities at the net in the middle of the second half, the Ranger defense held its ground. Senior goalie Kyler Williams made some big saves to keep FHC in the ball game and got some confidence going defensively. To cap off a solid first half, Sammy placed a perfect ball in the middle of the box from a corner that hit off senior Richie Alvarez and then an FHN defender, sending it behind the FHN goalie to even the game out at 1 apiece. The Rangers went into the half with emotions riding high after tying things up against the #3 ranked Huskies. Head coach Paul Kramer says the great half was due to the effort the boys have been putting in all year

“It’s been a growing process this whole season, and the boys have been improving on that,“ Kramer said. “Hard lessons have been learned. But as everyone witnessed in the first half, when the boys give the effort, focus on the job, and execute, their play is good.“

As great as FHC looked on both sides of the ball in the first half, the Huskies turned the intensity up in the second half. They started out just like they had played in the middle of the second half, with getting a lot of offense and stunning the Ranger defense. The Huskies were able to put in 3 more goals in the span of 18 minutes to shut the door on the Ranger’s chances to win the game.

The loss puts FHC at 2-4-3 on the season and 2-2-1 in the OK White conference. The Rangers have another conference showdown against the Lowell Red Arrows coming up on Friday. To win this game at Red Arrow Stadium, FHC will need to stay calm and focus on the task ahead.

“Human nature sets in at [a certain] point,” Kramer said. “I told the boys that not every game is smooth and easy. Sometimes you have to grind out matches and rise above the adversity. It’s a growing process and the boys will be better for this down the road.”