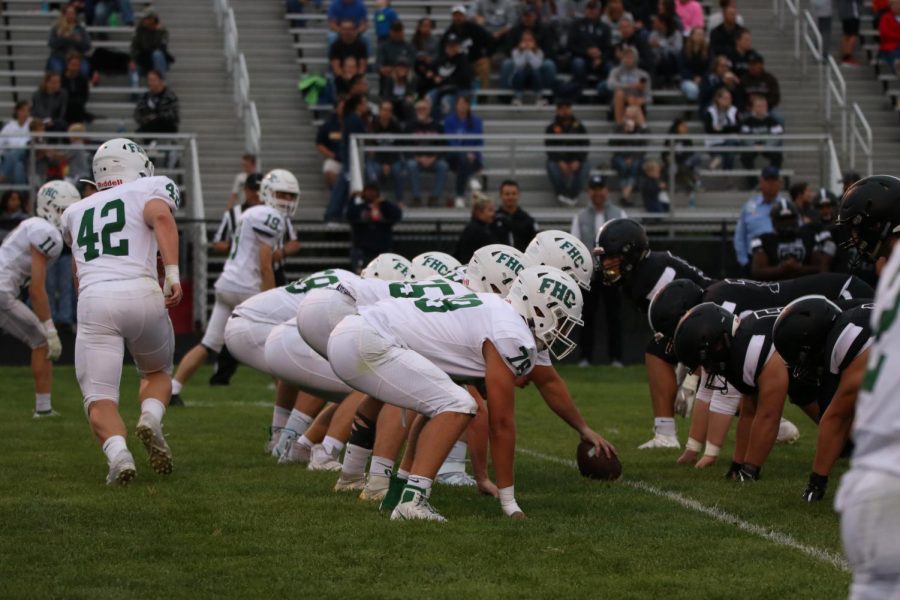 On a string of two dominant defensive performances, the Rangers come into week 3 with a 2-0 record and a bag full of confidence. A 3-0 record in non-conference play would surely raise eyebrows across the state about what kind of team this FHC squad is, but in order to do so, the Rangers will have to get through the OK Red powerhouse Grandville Bulldogs.

After not playing once since 2004, FHC hosted the Bulldogs in the OK conference crossover last year. Grandville came into that game with an 0-2 record, but both of those losses came to defending State Champions in Clarkston and Warren De La Salle. After scoring on the opening kickoff, the Rangers fell in a deep hole, trailing 30-14 at halftime. With a 13-1 record the year before and two close games before this, most of the FHC players hadn’t been in a situation like this for quite a while.

However after a scoreless third quarter, the Rangers scored 16 unanswered points to come back to tie the game at 30 apiece. After a Bulldog touchdown, a deep ball from Luke Majick on the 30-yard line found senior Jimmy Scholler leaping for the grab, bringing the score to 37-36 with the Rangers trailing, about to either kick the extra point or go for two. Unfortunately for FHC, the runner was stopped on the two-point conversion, giving FHC a heartbreaking 37-36 loss.

This year, on the other hand, Grandville comes into this game with a 2-0 record after two very impressive wins. The Bulldogs traveled to Illinois to take on the Lockport Porters, where they pulled away in the second half to come away with a 42-28 win. A week later, they took on East Lansing, a very talented team with several Divison 1 talents. The Bulldogs pulled away immediately with the powerful Wing-T offense and never looked back, handing the Trojans a massive 59-20 loss.

Last year, the Bulldogs were susceptible to some big plays downfield, especially late in the game. The Rangers will need to find success both in the air and on the ground if they are looking to pull off this win against a top-quality opponent.

The Bulldogs run a Wing-T offense, which is a playstyle that heavily relies on the running back. Luckily for Grandville, they have a very good player at that position: junior Cam Terry. Cam was an OK Red All-Conference player as a sophomore, so you can only imagine his impact this year. Also a huge threat in the running game is senior quarterback Jaydon VanDeusen. Both of these players ran for 3 touchdowns apiece last week and will look to pick up from where they left off.

The Rangers front seven consisting of juniors Mason Wiltz, Jason Downey, Carson Mochmeran, Carson Deines, along with seniors Brandon Weiskopf, Payton Corcoran, Wyatt Engler, and Bryce Kerr will need to shut down the runs early or near the line of scrimmage in order to keep the electric Grandville offense from scoring as much as they have in the past two games. FHC has done a good job of this so far, but the matchup against Grandville is going to be a whole different monster.

Offensively, the Rangers simply have to continue the success they generated last week against West Ottawa. Senior Jackson Clay is going to be huge in both elements of the offense, as will Jimmy. FHC will also need contributions from senior Hayden Sarjeant and junior Jonah Spates through the air to continue the threat of the passing game.

The game will take place on Friday, September 13, hosted by Grandville. A win for the Rangers would create a lot of buzz around this team and legitimize the Rangers as a force to be reckoned with in West Michigan.