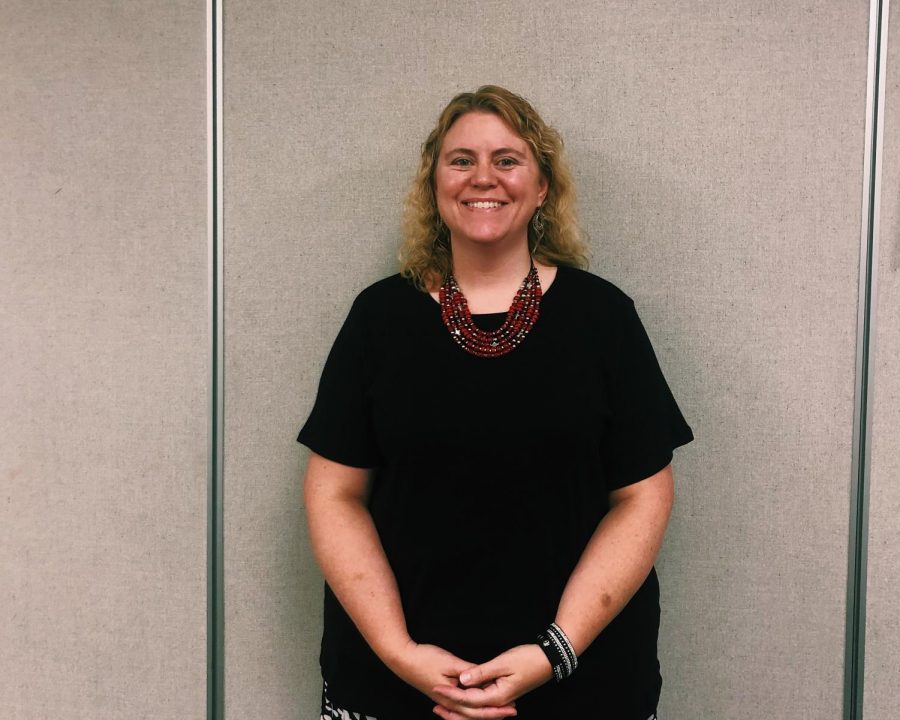 1. When did you first learn about the phone policy?

“We got an email over the summer that I think went out to the whole community in maybe June. I think it was after school got out because we weren’t [in school]. Otherwise, we would have talked about it probably. I know it was after school was out, but it was in early summer.”

2. What was your initial reaction to it?

“I was surprised by the decision, mostly because it came from the head administration. It didn’t come from [FHC]. The fact that we had heard nothing about [that] they were thinking about this–I was kind of surprised by it, and my initial thought was [that] I think it’s a good idea, but I wasn’t sure how the policy would be rolled out. I also thought if they make it district-wide and if students from the earliest ages learned that they just can’t have their device with them, that eventually when those students come into the high school, it will be less of a battle because they’ll be used to it. As opposed to those of you who have had your phones and now it’s being taken away, it’s harder.  I saw that potentially it’ll be easier if that makes sense.”

3. What do you think the implementation of the phone ban has aimed to do?

“There is research that proves that just having the device near you–not even looking at it in class, but just having it near you–there’s a part of your brain that’s constantly kind of thinking about it. I’m just as guilty as anyone. If I have it near me, I’m going to glance at it occasionally. I don’t know why; I don’t have that many people that even message me. I mean, I’m an old person. [Students] have tons of snaps or whatever is happening, and it is a distraction. Even if students don’t realize it, part of their cognitive function is being taken up with that, so they’re not able to put as much into their class or their discussion they’re having with others. Even at lunch talking with their friends, they’re not a hundred percent present because part of their brain is distracted by what’s on their phone. Even if it’s vibrating in their pocket, they want to know why it’s vibrating. I think just moving that temptation away helps students focus. The purpose [is] we’re here is to learn. That way there’s increased efficiency in the time that they have in class. At home, you’re going to have [your phone] with you; you’re going to be divided. We understand that. But at least while you’re here, where we can help you, you’re working on things and trying to figure things out. We’ve noticed over the years that [as] technology has come in that students are more and more distracted and less and less focused. And I’m hopeful that this will kind of turn that tide a little bit at least while you’re here. ”

4. Did you have any expectation with the phone policy going into the school year?

“I was one of the ones that enforced the previous policy at [FHC]. I know not all teachers implemented it equally. So, that was a challenge for students to know which hour [they can] use [their] phone, which [they can’t]. They weren’t supposed to use them at all. I was encouraged that it sounded like it was going to be more consistent for the students. That was kind of my hope because I do see a difference this year. I do see fewer students reaching for their phones. Granted, I know that kids have them in their backpacks. I know some kids have them in their pockets, but they’re not pulling them out. That’s a huge change. Even having it in your pocket is distracting, but it’s less distracting than having it in your hand. So I think it has improved. I’ve had students who have said as much as they don’t like it, they do think that they’re talking to their friends more. They do feel like they might be paying attention in class more. As much as you don’t want to admit it because you don’t want to say it’s a good policy—I understand—but, there have been some positives from anonymous students that think maybe it wasn’t a terrible idea. We’re forcing them to use [their] time here and then get on [their] phone later when [they] don’t have homework. It doesn’t [make sense] to the student that wants to have their phone, and we understand, at least I understand that, but our job is to try and help you learn how to regulate yourself. We’ve seen over the years that students need help with like, ‘Okay, I’m at school. I’m not on my phone.’ We need to help them with that skill because it’s such a temptation.”

5. Did you have issues with phone usage before the policy announcement?

“Of course. Over the years we’ve tried different policies on how they can use it or not. Last year, they weren’t supposed to. Kids would, and I would have to take their phone and be the mean teacher. I appreciate now that it’s supposed to be universal across the school. This year, it sounds like they’re really supporting the teachers that are following the rules. And I did not go into teaching to become the phone police. You know, that’s not why I’m here. But having a phone is distracting to the student, and it’s against the policy. As much as I hate having to be the phone police, it wasn’t even a thing when I went into teacher education. [We] didn’t have cell phones. Back in the day, it wasn’t an issue. Kids played games on their calculators, but that wasn’t a big deal.”

6. Have you ever used phones in class for something educational or for downtime?

“I don’t typically give downtime. But before the new policy, if a student didn’t have a laptop or a Chromebook and we were doing a Kahoot and if [the Chromebooks in class] were gone and we were just doing a something that you didn’t need a big screen for, I’d say, ‘Okay, you can get your phone out of the pocket for the Kahoot’ and then put it back. For things like research, it doesn’t really work on a phone, so I would have the student go to the media center and get a Chromebook. We did use them for quick little games occasionally in school because it was just more convenient than sending them all the way down to come back and use a Chromebook for a five or ten-minute activity. But more recently in the last couple of years, most students now have a device or I have enough Chromebooks usually to fill the handful of kids that don’t have one. I think that’s becoming less of a need.”

7. Have you noticed a change in students yet?

“I certainly think that I’ve seen less of kids reaching towards their pocket, hiding their hands under their desks because they’re looking at something, and looking in their bag. I mean, there’s less of that, which I appreciate because again, I don’t want to be the phone police. Plus, it’s a distraction if the student has something vibrating. I have had a couple of phones go off in class. I know students still have them. We’re trying, obviously, to train students to put them in their lockers. At least, it’s usually not in their pocket—it’s not on their desk. It’s hiding in their bag somewhere. They can turn it off, put it away, [and] take it to their locker. So, I think there will be benefits, but I don’t know that I’ve necessarily seen a big change in the first few weeks.”

8. Do you feel as if the phone ban is a step in the right direction?

“I know students feel like, ‘We’re old enough. We should be able to manage our time ourselves. You shouldn’t be forcing us.’ And I don’t want to say this in an indelicate way, but I think they think they are, and they’re not quite there yet. That’s just from the development of the frontal lobe. It’s just brain development. We don’t fully have control over our impulses until [about] our twenties. So it’s not that students are incapable because we think they’re immature and they can’t do it, it’s because, developmentally, people, in general, are not necessarily capable of those higher-order skills until they’re older. So trying to form habits is really what we’re trying to do—[teaching] students this is something that you should carry on if you’re going on to further education. You leave your phone in your pocket when you’re in your class in college; you’re paying a lot of money to be there. You want to listen to what they’re saying. You don’t want to have to figure it all out at home. I think trying to build a habit is what we’re trying to do, at least in my opinion.”

9. Has the ban been mentioned in classroom discussions yet?

“I have talked to a couple of my classes. We did the NPR article that we listened to—the report last Friday. I might have chatted about it in my other classes, too—just kind of [about] what people’s opinions were on it. It’s mixed. It’s more [that] students don’t appreciate it. As a general rule, people don’t like restrictions of any kind, whatever age you are. So, it’s not unexpected that students wouldn’t like it. Whenever you put a restriction on people, they don’t like it. [It’s] just knee jerk reaction. But some anonymous students have said that they do see some positives.”

10. If you could change the policy in any sense, such as allowing phones to be used in the hallways, would you?

“I think it’s difficult if you allow students to have access to their phone during the day. It’s a slippery slope because then, well, ‘I don’t have time to go back to my locker; I’ll just put it in my pocket,’ and then you’re back to the kid having it in close proximity, and it’s still a distractor. I can see while the policy is just ‘No,” it’s just easier between [the] start and end of school. Perhaps the district will reconsider for high schoolers a little more leniency there. I’m not sure. They didn’t inquire [about] our opinions before it was done, so I doubt that they will make any changes in the next couple of years because they probably want to see how this goes. But, I don’t know what changes would be made necessarily.”

11. Do you expect the policy to last or has there been too many complaints or too much backlash?

“I do. I know that students are not happy with it. Some students, anyway, are very unhappy, but in order to see if it’s working, it’s got to last awhile. I do think that we will see increased engagement [from] students in class. I don’t think it’s going to be a couple of months [later] and we’re [backtracking] on it, especially since it came from the head administration for the whole district. They’re less likely to be like, ‘Oops, we will change it back.’ I don’t see that happening, honestly.”