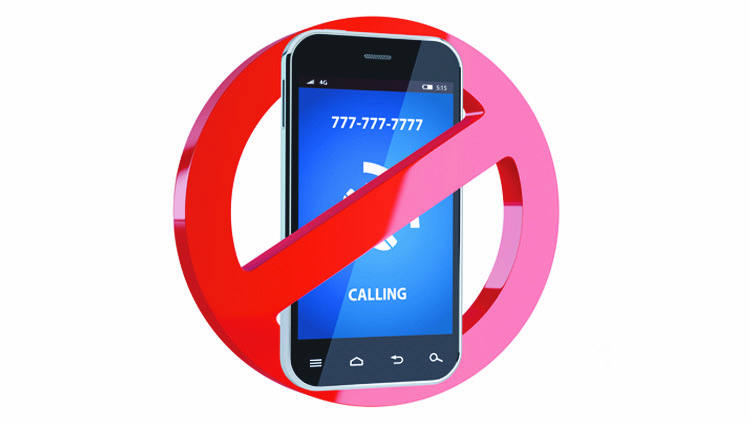 Against the Phone Policy: Don’t ban it—learn to embrace it

Phones. All the rage of our current society basically encircles the topic of the one and only phenomenon of phones. Whether you love the evolution or hate it, it’s happening. However, that is just a fact that some people can’t accept.

On a global range, there are nearly 5.13 billion—yes, billion—people with mobile phones. That is nearly sixty-seven percent of the entire population of humans on Earth. Furthermore, about eighty-eight percent of teenagers ages thirteen to seventeen own or have some form of access to a cell phone. This means that not only more than fifty percent of the human population is absorbed into the new world of phones, but over seventy-five percent of all high school students are as well. How can you try and halt an epidemic that is so big?

The answer is you can’t. It is simply impossible to try and completely close off this age of phones. This realization brings me to my main point: don’t ban it— learn to embrace it.

Don’t get me wrong, the new phone policy— better known as the phone ban— does contain a lot of positive intentions. The Forest Hills Administration acted on the desire to improve Forest Hills students’ education, and they saw an elimination of phones within schools entirely to be the solution to all distractions. But with all things considered, it’s just irrational. Phones are officially a distinct part of our current society, and it’s time we all adapt to live with that.

Based on the newly adopted phone policy, one would assume that phones are genuinely a big issue in schools. The policy paints an image of a classroom full of kids absorbed in their phones, neglecting their teacher, as well as their education. However, that is not the case at all. Based on popular opinion, it is found that most students will only use their phones in school when they are needed for the class or when a teacher is done with their lesson and the student is done with their work. Overall, phones only cause a negative distraction for an extremely low percentile of all high school students, so are these new drastic measures of the phone policy really necessary?

In my opinion, no. Yes, phones can cause a distraction in school; but, more often than not, phones are used in a positive way in schools. By completely banning them, the option to begin incorporating phones into education is being eliminated. However, this is something we need to begin moving towards. You cannot resist a societal norm forever, so the sooner you learn how to accept it, the more time you will have to positively fuse it into the school system.

Is the elimination of one distraction leading to the growth of another?”

Even the teachers are on the fence about the whole thing. Many educators have actually been adapting to the evolution of phones and began bringing them into educational lessons that benefit students. When these evolved teachers are suddenly forced to completely eliminate the use of phones in the classroom, they are faced with a challenge of how to alter every lesson which involves the use of cell phones. So, instead of instructors continuing to move forward with the evolution, they are forced to turn and move backwards against the current.

The effects of the phone policy don’t just affect education, the effect stretches much further. As controversial as the positivity or negativity of the subject goes, people have developed relationships with their phones. In this era, people tend to be mentally alert and nimble when their phone is near rather than when it is not. Essentially, smartphones have become our safety blankets—a part of ourselves. We feel more comfortable when we have that safety blanket near us and more worried or stressed out when it isn’t. Considering this, is it possible that the banning of phones in school is actually detrimental to students’ education? Is the elimination of one distraction leading to the growth of another?

Clearly, the answer is not to completely exterminate phones in school but to learn to accept them. Once this occurs, schools can find ways to incorporate phones as well as limit their distraction. A complete ban on phones in schools is simply moving backwards in time, not forwards.

You can think of this whole phone idea in a scientific way. You want to move with evolution, not against it. The same standards of natural selection can apply to phones in today’s society—survival of the fittest, or moreover, those who learn to adapt to the new society.

The technology we have today, especially cell phones, is incredible. It’s time schools learn to appreciate this new technological society and the spread of the cell phone. Two could argue all day long about whether the outbreak of cell phones in this generation is positive or negative, but in the end, it is still going to be happening.

The administration’s intentions were in the right place, yet they were trying to diminish something impossible by enacting the new phone ban.

Once again, there is one lesson that I would leave for schools’ to perceive: don’t ban it—learn to embrace it.