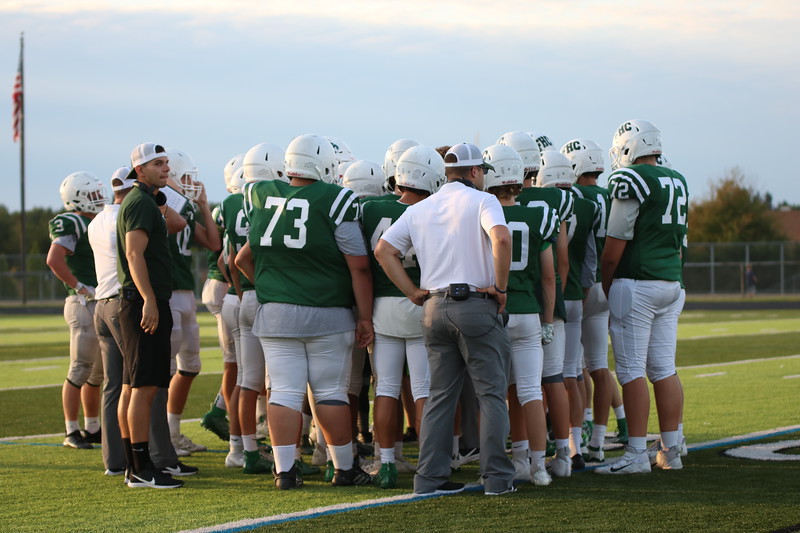 Sophomore Tyler Weaver popped off last night against Forest Hills Northern with 3 touchdowns, leading the Rangers to a 34-13 win in a rather slow start.

The first quarter started out slow with back and forth possessions. Sophomore Tyler Conroy had the game of his life on the defensive line. The Huskies would try and push the ball up the middle, but just about every time the Rangers managed to wrap him up and halt them for little gain. Unfortunately for the Rangers, this was also the case with their offense. Northern’s defense shut down FHC long enough to put points on the board first, but the Rangers eventually came back with one to fire back.

The second quarter was a totally different, as the Rangers came out firing on all cylinders. Sophomores Hunter Robinson and Rhosius Arius also connected for a touchdown, which gave the Rangers a surge of energy. Along with that came a running touchdown from Hunter, who has been a lethal dual-threat quarterback thus far in the season.

“We challenged our guys at half time and we got much better in the second half,” head coach Ty Hallock said. “We played much better, but we cannot afford to half slow starts like we did tonight.”

The second half came with a barrage of shining talent for the Rangers. Sophomore Cam Dewitt had a great game on the offensive line and allowed his team multiple touchdowns. Sophomore Colten Jenkins also had an impressive game at tight end, along with sophomore kicker and punter Luke Gustafson, who had an efficient day on special teams.

The Rangers ended the game with a 34-13 advantage and boosted their record to 4-0 on the season and 1-0 in conference. The team faces off at Northview next week on Thursday, September 26.