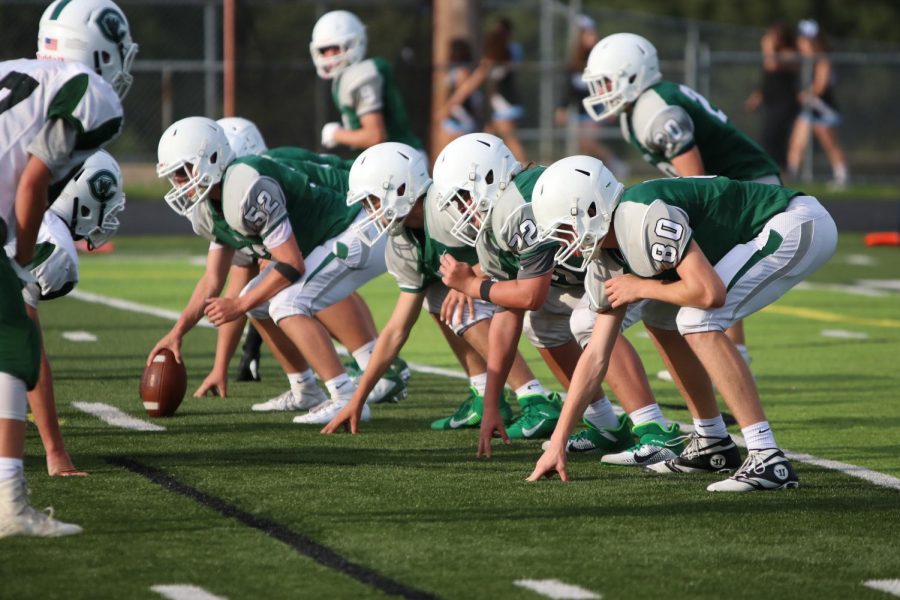 The freshman football team killed it in its fourth straight week of play without a loss. The Rangers shut out the West Catholic Falcons while consistently scoring throughout the game. With several touchdowns alongside several turnovers, the game was a fun ride throughout that the Rangers controlled with their high standard of play.

The game opened with a bang as the Rangers drove deep into the Falcon’s defense immediately. This explosive drive was punctuated quickly by a shifty touchdown run for 23 yards by Levi Mackenzie. Due to an injury to the kicker, the Rangers were forced to go for the two-point conversion, which they failed to execute. This made the score 6-0 right off the bat. Following this exciting drive was a period where neither defense would yield, with both teams punting the ball back and forth to each other. After stopping a good drive, the Rangers took the field hoping to break the defense and instead found failure as they threw a pick shortly into their drive. The Falcons hoped to capitalize, but they were unable to take advantage of their field position and ended up punting away.

The Rangers were determined to not let the Falcons stop yet another drive and drove all the way down until they scored on an 8-yard scramble by quarterback Justin Osterhouse. Rowan Clay ran it in to secure the 2-point conversion and make the score 14-0 for the Rangers.

The second quarter opened and closed with both teams falling into the rhythm of drive and punt. Impeccable defense on the Ranger side prevented the Falcons from putting points on the board, but the offense was unable to breach the West Catholic defenders. The half quickly came to an end with the score still 14-0.

The third quarter began and quickly made apparent that the monotony of the second quarter was long gone. The quarter opened with an interception thrown by the Rangers. The Falcons took the ball and started their own drive, but it was quickly interrupted by another pick, this time in favor of the Rangers. Magnus Salmon picked off one of their passes and brought the ball back to the Rangers as though neither pick had happened.

After this interception, the unthinkable happened: the Falcons picked off the Rangers again. This time there was no bailout interception thrown and the Rangers were forced to stop the Falcons. The Falcons were forced to punt, and the Rangers took the field determined to hang onto the ball this time. FHC drove down the field with newfound intensity, blazing through the defense until they scored on a pass from Levi Mackenzie to Chase Robinson. This made the score now 20-0 as the 2-point conversion was no good.

After that chaotic fourth quarter, both teams battered down and focused on ball security and winning the game. The Falcons were forced to punt after their opening drive of the quarter, and the Rangers took over. The offense once again marched down the field, firing on all cylinders. Rowan scored a touchdown to cap off the drive and make the score 26-0 with a missed extra point. To finish off the game, Travis Bolt forced a fumble from the Falcons which was recovered by Lannan Partlo. The Rangers then ran out the clock and celebrated their victory.

This game secured the Rangers’ third win to make their record 3-0-1. They are looking to continue this impressive play as they prepare for their next opponent: the Northview Wildcats.