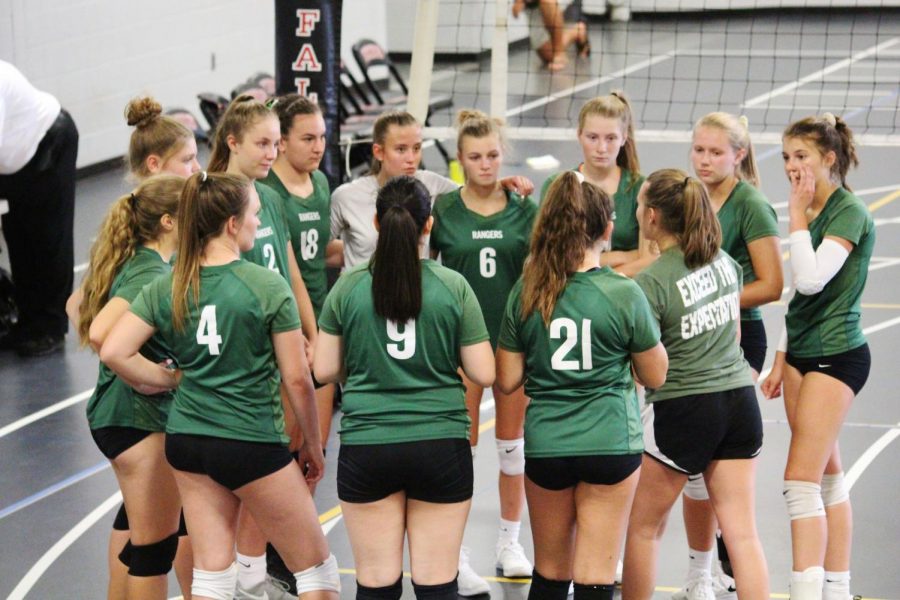 FHC took control of the first set right away with limited unforced errors and serving runs. Putting the Rangers ahead early, Brooke Kushak had a crucial serving run. Also, Maya Hosler produced several kills with her quick attacks, adding more points to the Rangers’ scoreboard. Due to the teams serves, as well as the serve and receive, FHC won the first set 25-8.

Although the Rangers dominated the first set, the start to the second set was quite the opposite. Starting off a bit sluggish, many serves were missed. In addition, there were defensive errors. Because of this, the set was much closer, and the game came down to a two point differential. However, Ella Hunnewell’s defense helped to turn things around for FHC. In the setting position, Ally Werkema played aggressively, creating multiple kills for her team. After a rough start, this helped keep the Rangers in the game. Putting the match away, Emma Costello shifted the momentum into the Rangers’ favor with several straight down kills. The Rangers snuck by the second set, pulling away with a 27-25 win.

“Overall, that’s the best game we’ve played, ” head coach Bri Tilton said. “We flowed as a whole and played for the teammate next to us.”

Looking into the duration of conference play, Coach Tilton is sanguine about the team’s potential.

“I have confidence that my girls will take the conference championship home. They have all the talent. They just need to buckle down, work hard, and they will be champions by the end of the season,” said Tilton.

Next up for FHC, the Rangers will travel to take on the Ottawa Hills Bengals on Tuesday, September 24th.