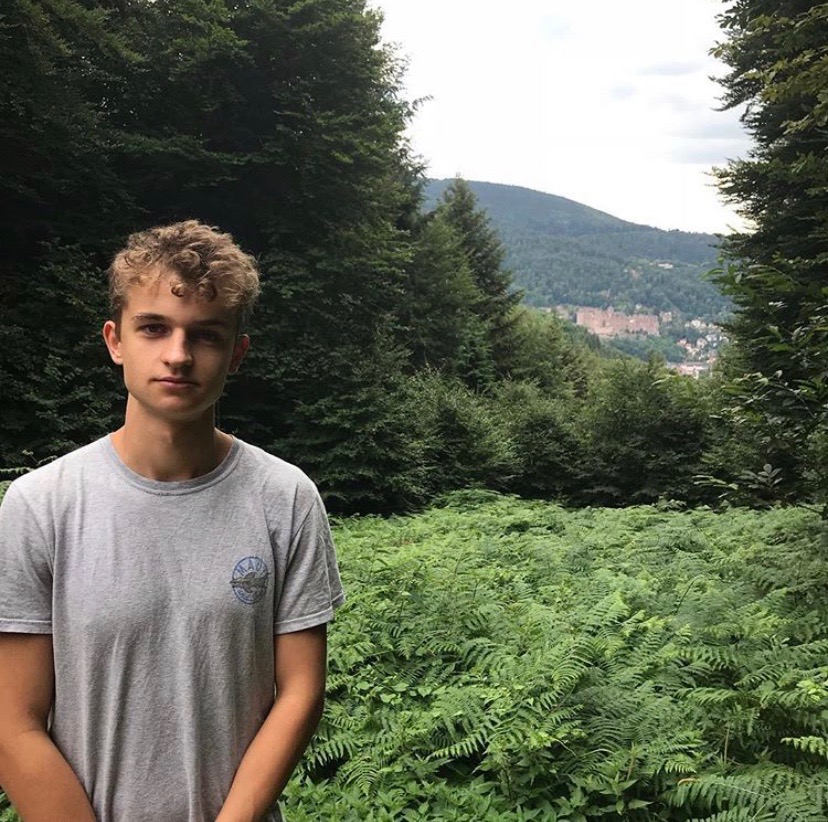 “Basically, I’m broke because I [spend] all of my money on traveling.”

Summed up, this is new student and senior Dan Johnson. After being born in the Netherlands and living there for nine years, his family moved to Oregon, and his traveling has not ceased since. Michigan is not his first destination, and it definitely isn’t his last.

“I loved [living in the Netherlands],” Dan said. “I want to go back, but I love the U.S. It’s the best country in the world. In Holland, the people and their culture [are] so cheap; they’re so funny. My whole family [lives] there, and you just bike everywhere. They don’t [care] about anything; they’re just the happiest people on earth. That’s the word on the street, supposedly”

Quite immediately after meeting him, it isn’t hard to tell that he’s no stranger to new places or new faces. Dan carries with him an air that’s a mixture of confidence and maturity that does wonders to put you at ease.

“I go to every social event possible: football games, athletic events, and whatnot,” Dan said. “I like being around people. I try to be [outgoing]. But sometimes I get sick of trying to meet new people. It’s day to day. Some days I’m insanely crazy, and I’ll talk to anybody who’s willing to listen. Other days I’m not in the mood, and I keep to myself a little bit more. I feel [like] that’s most people.”

After attending Christian schools in Oregon, along with others in various parts of Michigan, Forest Hills is Dan’s first encounter with a public school. He says that he “likes it better here” due to the fact that the staff and students are a lot nicer. Over the years, though, transitions from school to school have become muddled, Dan says. 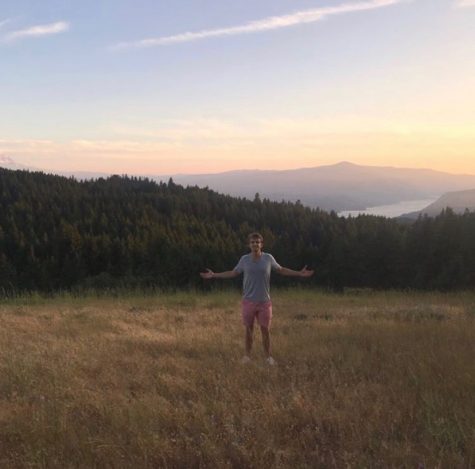 “A crowd where I know everybody is a pretty rare situation, especially at school,” Dan said. “It comes to a point where, on the first day of school, I don’t even care. The new school routine is nothing. This is my fifth or sixth school. It comes to a point where you have to get past the small talk. Some people are terrible at meeting new people. I mean, I’m not saying I’m good, but I just kind of cut right to the chase. That’s typical of Europeans, especially Dutch. [We’re] super blunt. We’ll say things, and people will be like ‘woah, I was not expecting that this soon.’ I feel like Americans are proper and really uptight, which is great—that’s needed— but then sometimes it doesn’t go over the nicest.”

Educational settings are not the only places that he is familiarly unfamiliar with, though. After embarking on his first solo overseas travel at the ripe age of 11, he didn’t stop there. His familial connections in the Netherlands, he says, are part of what makes a dream for many, a reality for him.

“I have grandparents that live in the Netherlands, so if I’m ever bored, I just take a train to wherever because Europe is great with public transportation,” Dan said. “Then I just go back when I’m broke, and I get some money and do it again.”

Last summer (he remembers)  seems to have been the most spontaneous of his trips, as well as one of the most memorable.

“I have a really good friend. He has a Dutch background, but he’s a typical West Michigan kid,” Dan said. “And last summer, he said, ‘Hey Dan, do you want to go to Europe and go crazy and go everywhere? No parents, just us?’ And I said, ‘Sure.’ So I got together like a grand, and we went to Paris. We had no money and no reservations.” 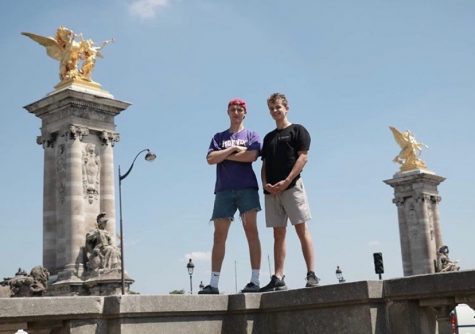 For some, the idea of traveling to a foreign country alone is quite daunting. Upon hearing of his parentless travels, a question immediately arose in my mind. “Your parents let you go all alone?”

“I’m not by myself,” Dan said,  “I usually take a friend or my cousin, but what’s the worst that could happen? My mom did it when she was young, so I kind of follow in her footsteps. It’s different over there. It feels like everyone is so much more grown-up.”

The sense of independence and accomplishment that comes with traveling alone, he says, is what he likes best about exploring new places.

“I just like [traveling alone] better; it’s an amazing feeling when you’re traveling by yourself,” Dan said. “It’s just empowering because you’re by yourself, and you just feel like you made it. You don’t have to depend on anyone; you can just walk on to the plane and sit down.”

Part of Dan’s method to getting around countries, even ones where he doesn’t speak the language, is the fact that he can speak Dutch. According to him, if you’re the “stupid American,” you tend to get preyed upon more often. His solution to this, though, is finding Dutch speakers to fit in with, since lots of people in Europe speak Dutch, anyway.

Although he is already fluent in two languages, he hopes to expand his knowledge even further and learn French.

“I have so much respect for French speakers,” Dan says.

In addition to this, the next destination on his bucket list is Asia, due to its differences from other European countries.

“I want to [go to] Asia.” Dan said. “I haven’t been to actual Asia yet, just the Middle East. It’s just sounds so cool. It’s the next thing on my bucket list. The culture is insane [there]. It’s like nowhere else. In Europe, it’s so much more Americanized; people listen to Migos, and they love American movie stars. But in Asia, it’s not like that. I want to go so badly.”

Even though he values the places he’s been and continues to look forward to what’s coming next, Dan also yearns for a different aspect of life that he’s never had.

“I’m not the kid who’s grown up in Forest Hills his whole life and knows childhood friends,” Dan said. “I have no idea what that feels like. It kind of sucks. Easily, I would trade [all the places I’ve lived] for [childhood friends]. These kids don’t even know what they have.”

Maybe it’s because of the places he’s traveled or maybe it’s because he’s just more mature than the rest of us, but despite all of his glorious stories that take place on continents other than ours, Dan is still able to recognize and acknowledge the most important aspect in life: people.

“Traveling is important, but it’s just the places you see and the things you do,” Dan said. “The people that you have are like a million times more important. [Things] are finite. The Eiffel Tower is finite, but me and you aren’t. We’re more. We’re actual people.”