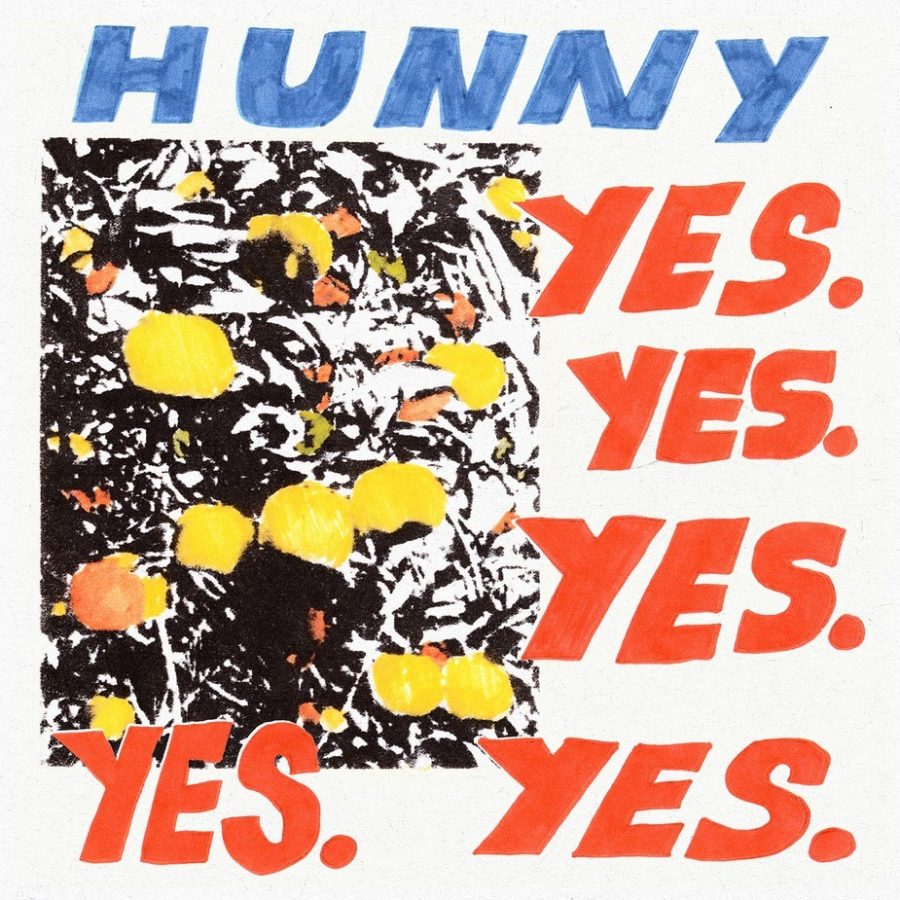 Fun fact: honey can’t expire. HUNNY’s new album Yes. Yes. Yes. Yes. Yes., however, can. I wouldn’t go as far as to say it expired, though; nothing can go bad if it was already bad in the first place.

When I first saw that HUNNY came out with a new album, hope and excitement beamed from my eyes, casting a spotlight on the album cover. It’s a nice album cover. Nothing more, nothing less. I wish the music was at least as average as its art.

The album started out with “Lula, I’m Not Mad.” When the vocals erupted from the strumming and drumming, I didn’t start humming. Instead, I was hmm-ing. This wasn’t the HUNNY I knew and loved. It sounded almost like Simple Plan but more confusing, Green Day but colorless. This HUNNY was gritty and grainy; it left a bad taste in my mouth which only lingered for the rest of the album.

“Change Ur Mind” only solidified my distaste for this album. The lyrics to the song are almost ironic; “I try, I realize that I’m always disappointing” sets the mood for the emotionless droning of a song that “Change Ur Mind” is. I found myself tapping my foot to lessen the pain and awkwardness that this listening experience elicited. Before hearing this album, I would’ve never guessed that the only feeling prompted by the music would be pity.

“A Slow Death In Pacific Standard Time” is a diamond in the rough—that turned out to be cubic zirconia. I’ve never been so stridently disappointed by a song. The start is spunky, well-paced, and good: a strict contrast from the rest of the album. But toward the middle, it starts to lose stamina, as if the song required talent unpossessed by its singers. “A Slow Death In Pacific Standard Time” evoked all the excitement of skydiving with the shocking disappointment of discovering your parachute is broken.

It’s typical for me to take notes while I listen to music that I plan on reviewing, and in the section dedicated to “Saturday Night,” there is a single bullet point: “what?” The song is somehow out of place in a motley album of disappointment.

“Smarter Ways Of Saying It” is sixty-four seconds long; I’ll never get those sixty-four seconds of my life back. It’s a short song and even mentioning it in this review is generous. Including tracks at such a short length is a gutsy move for any artist; there’s so little time to impress the listener. Though, it is almost impressive that an entire four-piece band with an agent and production crew actually permitted the release of this song, but I wouldn’t call that impression a good one.

“Ritalin” carried the same energy as its predecessor. I could bear listening to it, but I wanted more—more that I knew HUNNY was able to give. “Ritalin” at least has a semblance of originality with its lyrics which have a sense of humor to them. Still, the best part of this song was knowing that I was only one song away from finishing this album.

“Halloween” was anything but a treat, but the frustration I felt while listening to it was also not a trick as dissatisfaction had become something I expected. This song was the closed door on the actual holiday, one that keeps its lights off and ignores the ringing of doorbells and giggles of children. “Halloween” was a disheartening ending to an already anticlimactic album.

HUNNY, do better next time.